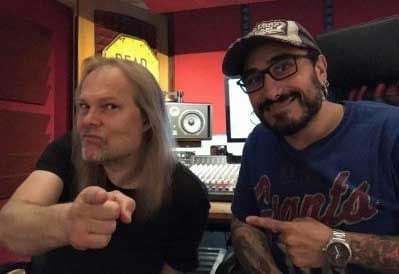 Norwegian singer Jorn Lande turns 50 this year and he celebrates with the release of a career-spanning box set featuring all his solo album enhanced with bonus tracks. The box will include the following albums: Starfire (2000), Worldchanger (2001), Out To Every Nation (2004), The Duke (2006), Lonely Are The Brave (2008), Spirit (2009), Dio (2010), Bring Heavy Rock To The Land (2012), Symphonic (2013), Traveller (2013), Heavy Rock Radio (2016) and Life On Death Road (2017). ““I am happy to announce the coming release of an extensive JORN Box Set later this year! The box set is based on the Jorn catalogue and will also include the bonus tracks and selective live outtakes. This release is to mark my 50th birthday this year, and I have gone through tons of old photos, of which many will be included as a photo book. Having so much fun looking back at all the good times! All tracks are digitally remastered, and some songs will be given additional upgrades. Many thanks to my label Frontiers Records, and my good friend, keyboarder and producer Alessandro Del Vecchio, for all the input and great work! I’m enjoying beautiful Italy, working long hours in the studio to finalize the box set in time. Release date and more details will come!”