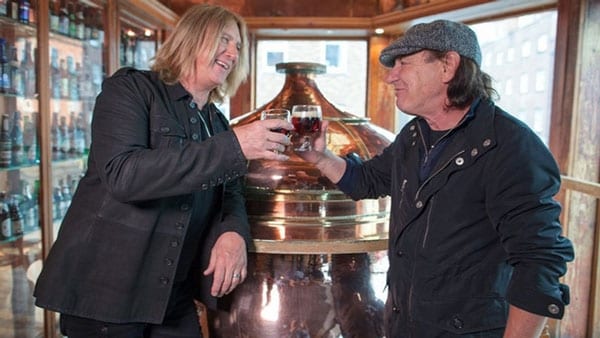 Brian Johnson, formed AC/DC’s former frontman will host a new TV series on Sky Arts, “Life On The Road”. Johnson will interview Roger Daltrey on the first show that will air on April 28th and Lars Ulrich, Nick Mason, Sting, Joe Elliott and Robert Plant will follow. On of the interviewees, Def Leppard’s Joe Elliott revealed: Brian Johnson flew into Dublin to interview yours truly for a TV show that he’s doing called Brian Johnson’s Life On The Road and I was quite humbled to be invited to do it because the guests that he’s got on the show are quite extraordinary. We spent about eight hours shooting the show. We were walking around the Temple Bar area of Dublin in the rain and wind. It was cold and horrible but we did spend most of it indoors at The Porterhouse HQ where he sampled Joe Elliott’s Louder beer. To be quite honest I think he quite enjoyed it”.