This was a show which gave me mixed feelings. On one hand you had this amazing band, Bullet, for the first time in Greece ever, a gig I was waiting for impatiently and on the other the poor turn out. I don’t know what to say… the truth is that I had a bad feeling that this was going to happen, but it’s not normal for such a heavy metal celebration to have so little people attending. It’s just wrong, any way you look at it.

The show started with 666 Packs, who’s set I almost missed entirely. Not because I was late, there is no excuse for that. I was backstage with Bullet doing a video interview while they were firing all cylinders their beer drenched debauched rock’n’roll party anthems. What I heard sounded good.

Next up were the reborn ‘90s heroes Silver Risc with their swagerry streetwise hard rock, which reflects perfectly the decade they come from. The band is currently active with its last lineup in its full ready for new adventures. They were tight, since all of them are seasoned musicians, passionate and full of energy. Dimitris Gasparatos and Spiros Fousekis were raising hell with their guitars and they were an ideal addition to the night just before Bullet took over. 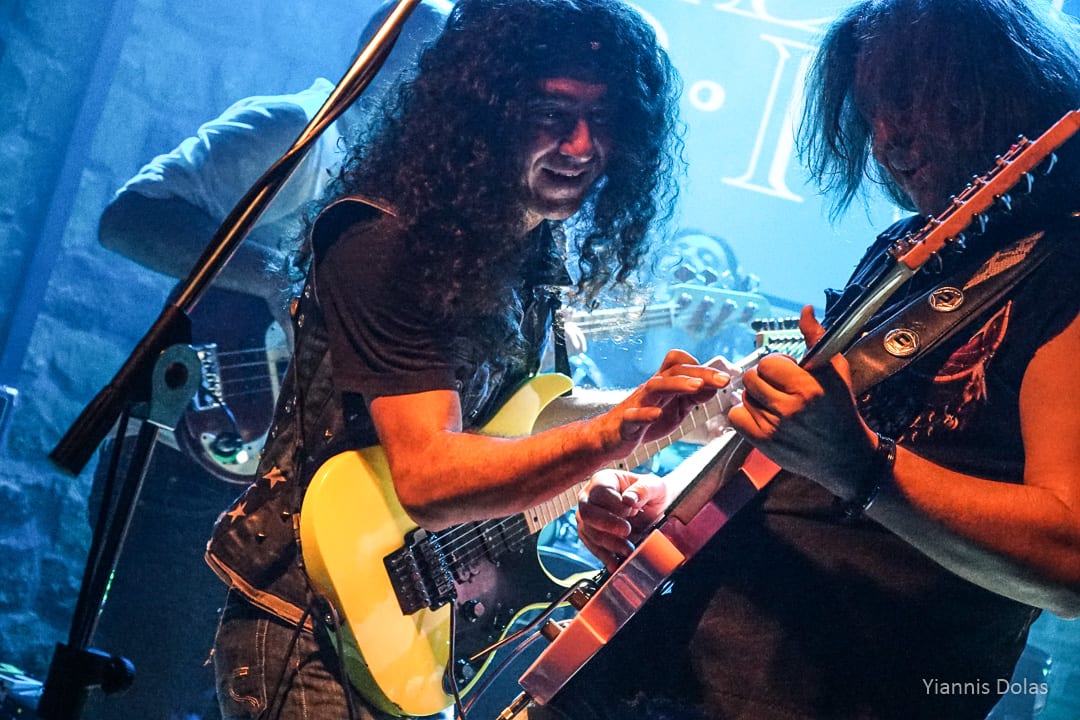 The Swedes got on stage dressed in leather and gave us one of the best shows of 2019, plain and simple. As it was expected they kicked off with “Speed And Attack” a song tailor made to open shows and get you into the spirit. They were true professionals and they weren’t affected from the fact that in front of them were less than 100 people. They played like if they were 10.000! Great presence on stage with the three “stringers” running up and down all the time, swapping positions, falling on their knees to play, making faces and make the crowd go wild in every chance, while the mighty Hell Hofer standing tall firing his air raid siren. 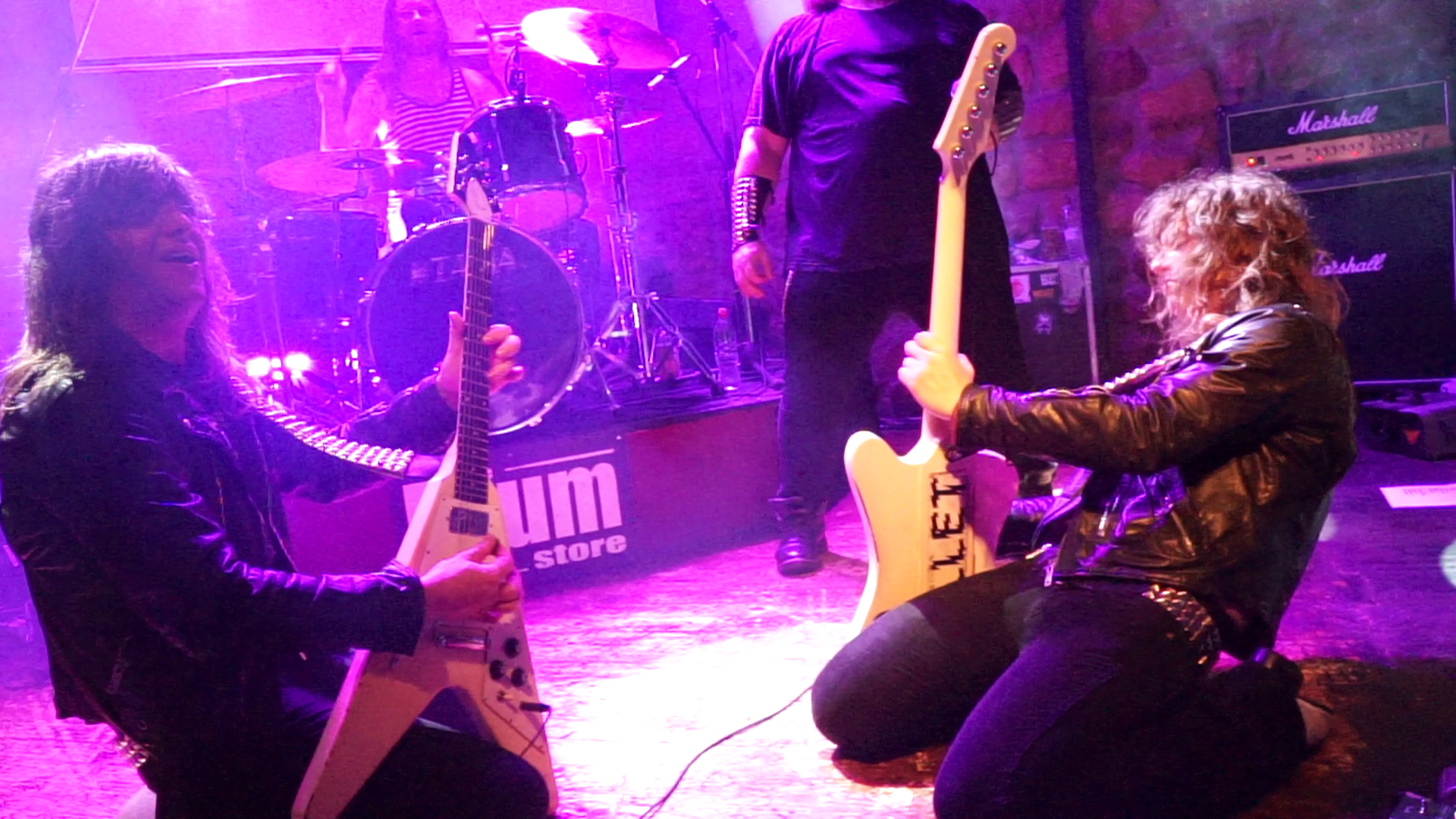 Their set spanned their whole career of their six album emphasizing of course on their latest –and greatest so far- “Dust To Gold”, which was represented by six songs (“Speed And Attack”, “Ain’t Enough”, “Dust To Gold”, “Fuel The Fire”, Highway Love”, Rogue Soldier”) that the crowd knew and sung along. That’s what they did to almost everything they played, while I am sure that on Angel Witch’s “Dr.Phibes” some of the metal purists in there must have shed a tear or two. The night’s highlights were certainly the autobiographical “Rolling Home” with the inevitable chants accompanying its melody, “Bite The Bullet” where guitars are lifted in the air and those three words appear, “Stay Wild” and “Fuel The Fire”, one of the best songs they’ve written, an instant classic that made the crowd scream. They might have been a few but they did their best to live up to the reputation of the Greek rock audience. Also noteworthy were the “time outs” the band was having getting off the stage to comeback a few minutes later. It’s funny because the first time they did it a fan followed Hell Hofer to ask him if he was alright! 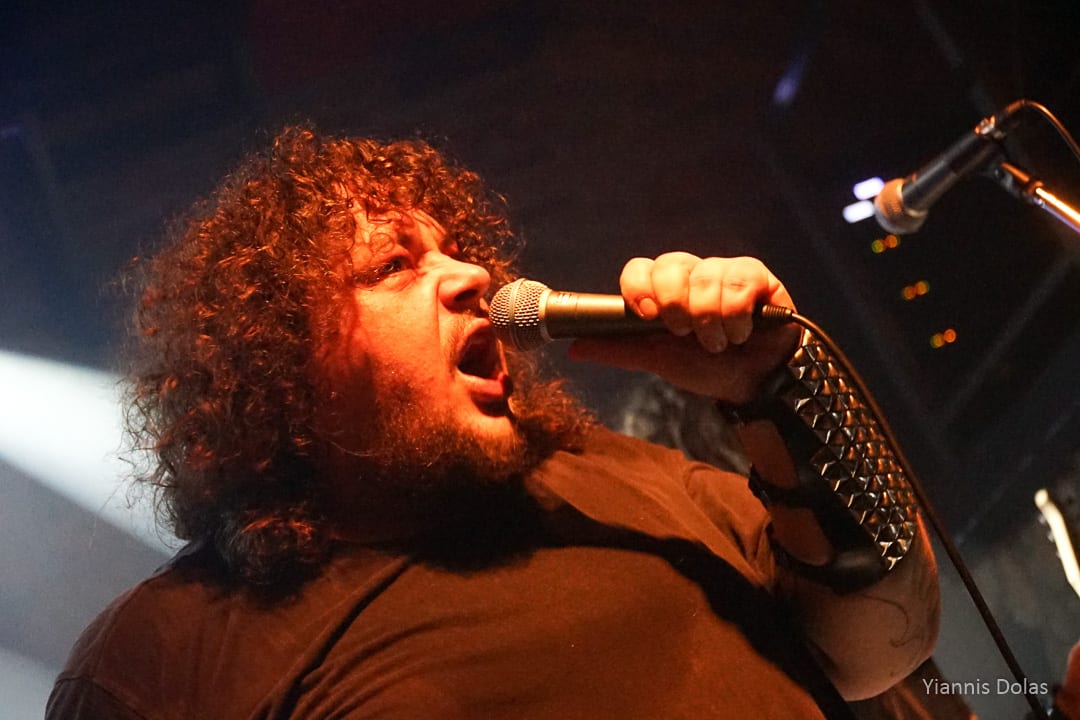 Once more we have to mention that the sound at the Crow club was crystal clear enhancing the whole experience. Everybody was happy and I am sure that Bullet lived up to our expectations. The only bad thing was that there should have been more people on that show. Let’s hope that reading this review and watching the video they will not miss them next time! 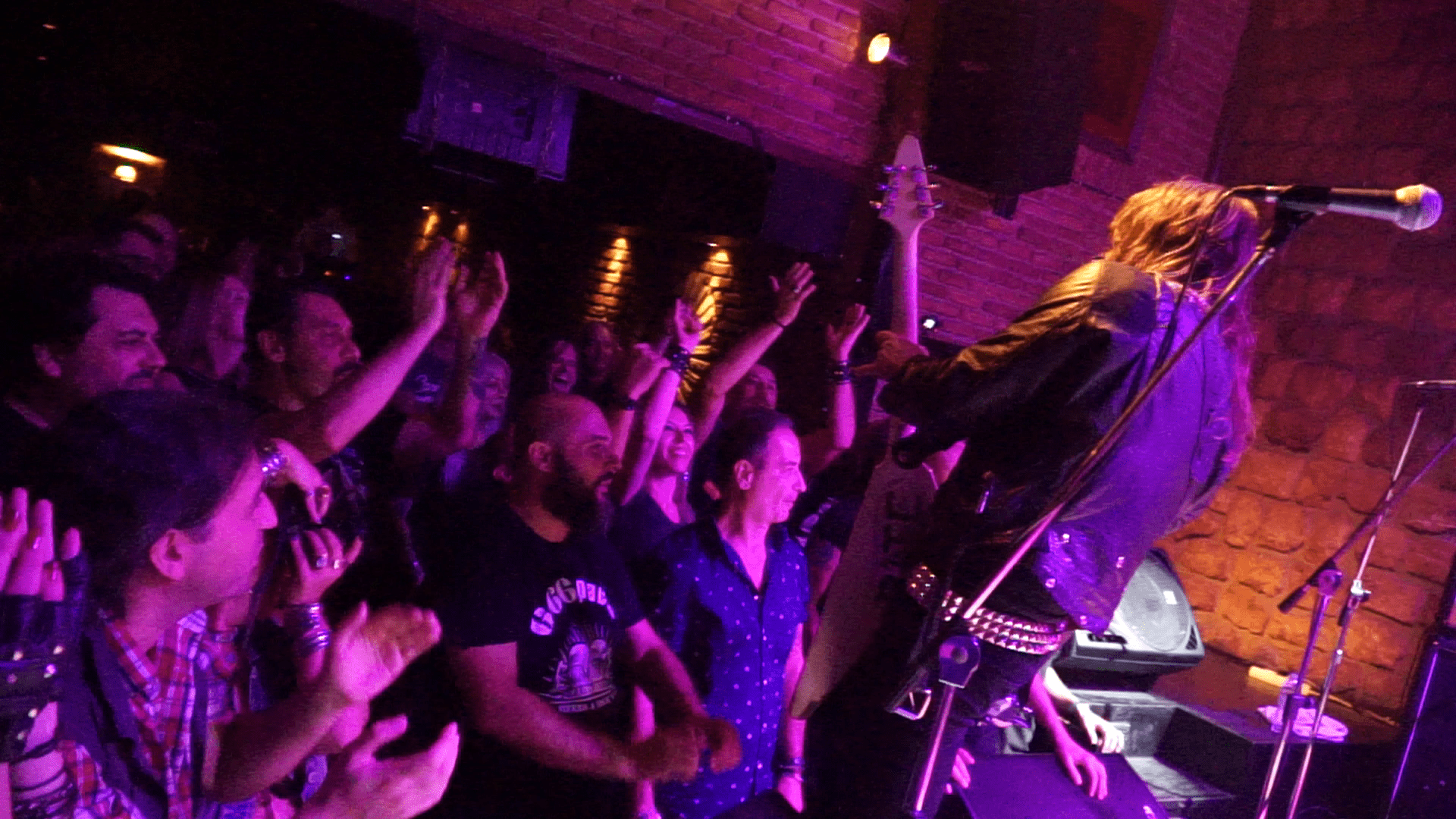