The Canadian Blood Ceremony were created in 2006 by Sean Kennedy (guitar) and Alia O ‘Brien (vocals, flute, keys). They are pioneers of the doom – occult rock with female vocals genre, along with The Devil’s Blood (R.I.P. Selim). While the Dutch relied on the 60’s and Rocky Erickson’s “The Evil One” to create their own sound, Blood Ceremony based their music on two great pillars of hard rock / heavy metal, Black Sabbath and Jethro Tull. Sabbathian riffs, solo flute and magic themes, spells, demons, and witch gatherings. 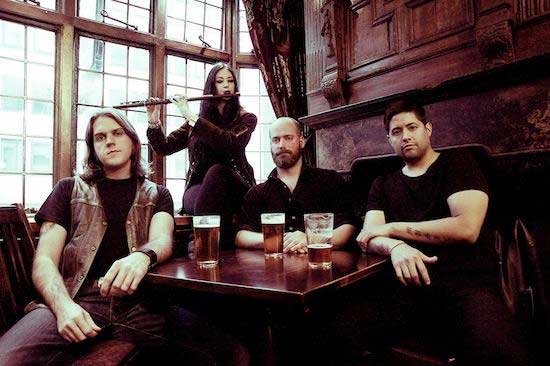 I will not forget the shock when I first listened to  “Master of Confusion”. A whole movement begun and Blood Ceremony did not intend to be just a combination of the huge bands that inspired them. Proof for this, the dark and far superior “Living with the Ancients”, three years later where they find their sound and become more progressive, having improved as musicians and composers.

But, here we will stand on the band’s two recent releases. The masterpiece called “The Eldrich Dark” (2013) and the very good and latest “Lord of Misrule” (2016), which is the reason to visit Europe again and our country for the first time! 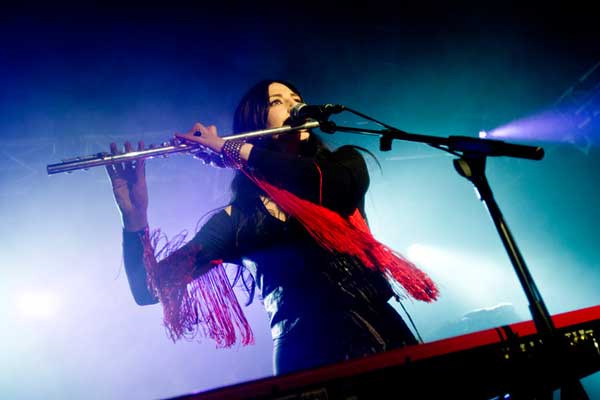 In “The Eldrich Dark” the band acquires a constant line up (Lucas Gadke on the bass has come in since 2010, and Michael Carrillo has been added) which still exists until  today, and finds the perfect balance between doom, 70’s retro rock and folk. A doom-rock epic, with enriched themes (astrology, mythology, Ancient Ones), “Witchood” and “Drawing down the moon” tops of the album, and for the first time Lucas Gadke composing. “Lord Summerlisle” is a folk ballad where the voices of Lucas and Aria are combined, causing shivers.

And we come to 2016 when the band released its fourth album, “Lord of Misrule”. Once again, Blood Ceremony are not stagnant, they keep the quality of the compositions at a very high level, and this time dive in the 60’s (“Loreley”, “Flower Phantoms” are hippie hymns), while there are great doom tracks such as “The Devil’s Widow” and “Old Fires”. The album includes also the melodic “Things Present / Things Past” with incredible folk melodies played on the flute, and an excellent mid-song change, one of my favorite Blood Ceremony songs. 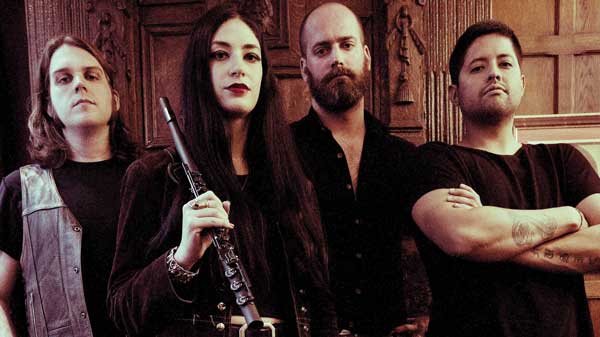 On Saturday January the 12th, all retro occult rockers must be in Temple Athens. Blood Ceremony visits us for the first time, supported by the perfectly matched Bus.

It is not every day that a Blood Ceremony will take place in a Temple! 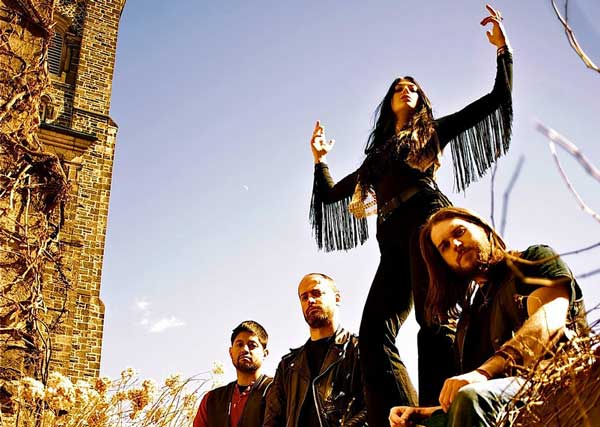