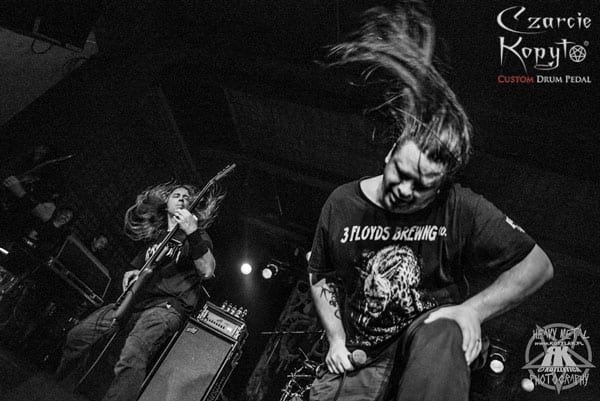 It was a nice death metal evening for all the fans of the extreme sound and we couldn’t miss it. The leaders Cannibal Corpse and the veterans Kataklysm didn’t leave us much of a choice. We had to be there. Unfortunately, Loudblast from France were cancelled the last time due to financial problems. It was only logical, because Fuzz club was half-full minutes before the start of the show.

But the Canadians Kataklysm didn’t seem to bother. First time in Greece since they were founded, back in 1991. One of the best death metal bands out there who can combine perfectly super heavy guitars, groove and melody (not cheesy of course with their leader and founder Maurizio Iacono on vocals who was very eager to that show. He visited Greece many times before as a tourist, but never performed live here. With a devastating sound, great mood and an amazing bionic drummer they gave us something to remember. Epic songs like “As I Slither”, “Like Animals”, “At The Edge Of The World”, “In Shadows & Dust”, “Crippled And Broken” made a lot of heads bang. They played songs from all the albums that they have released in the past 15 years and only 2 of their latest 12th album. They also dedicated “The Black Sheep” to Greece, telling us that we are people that have to do what we want, we must distinguish from the others and not listen to anyone telling us what to do. They finished their set promising us that they will come again, this time for a full show of their own. We will be there of course. 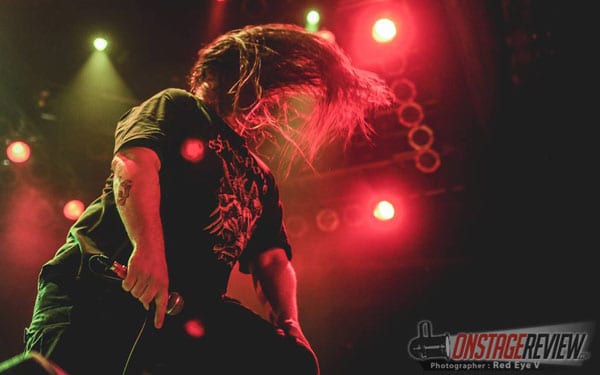 And the time of the cannibals had arrived. There is not much to say about this band that is not already known. They have sold the most albums from any other death metal band and have influenced numerous others. Their “stage show” was as usual. Alex Webster on bass guitar, Rob Barrett and Pat O’Brien on guitars with their feet nailed to the ground and their heads loose. Paul Mazurkiewicz on drums was excellent (although he seemed to struggle sometimes to keep up) and the BEAST who answers to the name George “Corpsgrinder” Fisher vomiting his guts out behind the microphone. Without much talking and very little pauses between the songs, they just did what they do best. They played many songs from all their albums (except “Butchered At Birth”) and gave us a good taste of what death metal should sound like. Classic hymns like “Stripped, Raped And Strangled”, “Make Them Suffer”, “Unleashing The Bloodthirsty”, “A Skull Full Of Maggots”, “Hammer Smashed Face” and “Devoured By Vermin” made the fans go insane and gave us a night to remember. Death F**cking Metal. So Simple. 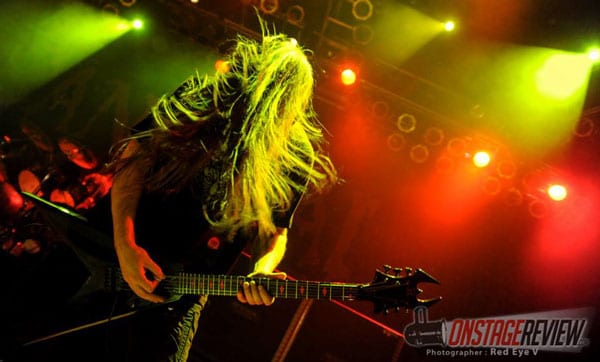