It’s one of the bands that the fans of progressive rock crave to see live. We are talking about Pye Hastings, the brain of Caravan and a wonderful person and we are doing a very beautiful flashback to their long lasting career but we are also talking about their current and future plans. Interview by Dimitris Kazantzis

Rockpages.gr: You are in the middle of a tour at the UK to support “Paradise Filter” or the band?

Pye Hastings: It’s a little bit of both really…we have a new album out but we also got a phone call from a promoter who asked us if we’d be interested in doing a UK tour. Of course, we said yes, as it was a perfect opportunity to meet our fans. When you are doing small club gigs in front of 700-800 people you get to meet your fans, see their faces…that’s very important to us. 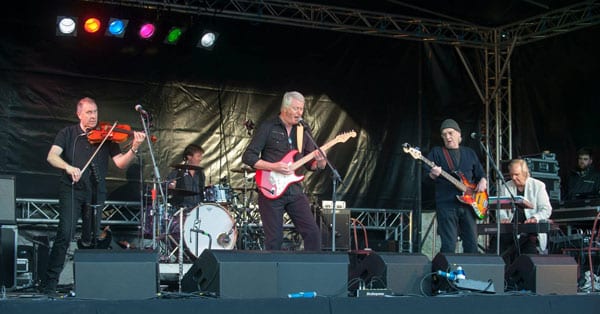 Rockpages.gr: It has been three years since your last album, are there any plans for the next one?

Pye Hastings: I’ve got about 10 new songs; so far, all of them are incomplete but I am planning on working further on them as soon as the tour will be over. But, yes…it’s a work in progress.

Pye Hastings: OK…we are not entirely progressive. Some of the songs can be characterized as progressive as they are lengthy, like 20 minutes or something. They have many tempo changes in their structure. But on the other hand, we have songs; kinda normal pieces of music which cannot be called progressive. Even those songs can be transformed into progressive tunes on our live sets as we tend to extend the solo sections. In that sense, you can say that we are a progressive band.

Rockpages.gr: What’s the top notch moment for the almost half a century career of the Caravan according to you? 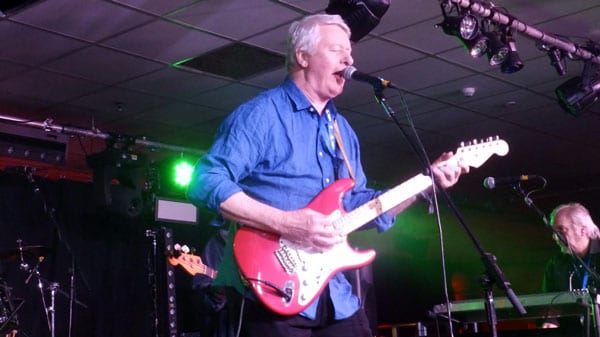 Rockpages.gr: Do you see any current bands, who have been influenced by the music of the Caravan and who have the potential for a bright career?

Pye Hastings: There are a few…I can’t remember their names though. I remember reading an interview with the guys of Muse who are quite popular and they said that Caravan’s music was a big influence on them.

Rockpages.gr: I would like to go way back in 1968, when the band made its appearance. What were the prospects for four young musicians at that time? Did it ever cross your mind that the name “Caravan” would become one of the greatest ones of this kind of music and that it would have such duration?

Pye Hastings: When we were young, we were like every young man back in the day who picked up a guitar. Of course our dreams were huge…we wanted to be like The Beatles or The Kinks. We dreamed of going on stage and be a rock star. We started playing short, 3-minute songs. As we became more experienced, we tended to extend our numbers a little bit more in concerts. Some people said that we were going towards the progressive or the jazz route. But the real desire was that we wanted to become pop stars basically…young lads becoming successful musicians. When you look back on those years, you realize of course that we didn’t make it as young pop stars. We went down on a different route. The fans have kept us going; the fans are the ones that count really. The funny thing is that all the pop bands I’ve seen in the last 4-5 years, they appear and disappear almost instantly. We’ve been around for 45 years and we still see fans that are still with us since the very beginning of the band. That’s an impressive thing! Some of them died of course (laughs).

Rockpages.gr: How do you justify the fact that Caravan, as well as other bands of the same kind, manage to have many very young fans on top of the old ones that they have already secured throughout the years? You were never the kind of band who had sold outs in a stadium of 50.000……

Pye Hastings: Well, we had a few times but not the regular thing…the thing is that we enjoy playing; we enjoy being on stage whether it is in front of 15.000 people or in a small club somewhere around the world. This is one of the first things that we learned on our first tour in America…you could not rely on just the big arena shows; these were only 2-3 times per week. You couldn’t afford to have 3 days-off as you still had to pay for all the expenses…like roadies, hotel rooms, wages etc. So, you had to arrange for small club gigs in order to make some money. In the beginning, we didn’t want to do that but when we saw that the costs were building up and up, we reconsider that decision and we started arranging smaller shows. That proved to be a wise decision for Caravan as we connected with our fans; something that we couldn’t do in big arenas. In addition, we made some extra money and paid our bills. That was a lesson well learned. At the end of the day, it’s a job and you must be adaptable to be able to do small and big gigs at the same time.

Rockpages.gr: For a young music lover who will see Caravan for the first time and who would like to discover them in more depth….which album would you recommend them to buy?

Pye Hastings: I would recommend them to buy “Paradise Filter” because it’s our brand new album and then I’d say to give a good listen to “In The Land of Grey and Pink” and “For Girls Who Go Plump In The Night” which are two albums from the 70s. Those three albums will give you a good cross section of what Caravan is all about.

Rockpages.gr: How does music industry treat Caravan these days? I am talking about label companies, booking agents, media etc

Pye Hastings: Agents are OK; record labels are not. It is purely financial with record companies. They see you as a product…if you sell 100.000 albums you are one of the good guys for them. If you sell 10.000 albums, they totally ignore you! The guys who work in record companies are very young anyway…they don’t know us; they haven’t heard of us. They have no idea of what we’ve done in the past but also the importance of the link between the band and the fans. Without that link you are nothing and Caravan has kept that link going. The last album that we did was through the Pledge Campaign and it was the best thing we’ve ever done as we offered our music directly to the fans without anyone in between. There was no middle man at all and we received the feedback immediately without any bullshit from the record label at all.

Rockpages.gr: What are the plans of the band for the rest of the year?

Pye Hastings: More touring really…we have some dates lined up. We are going to Italy in July, some festivals and some shows in UK. 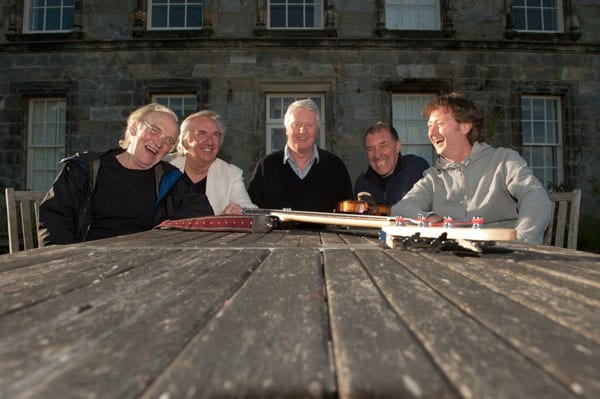