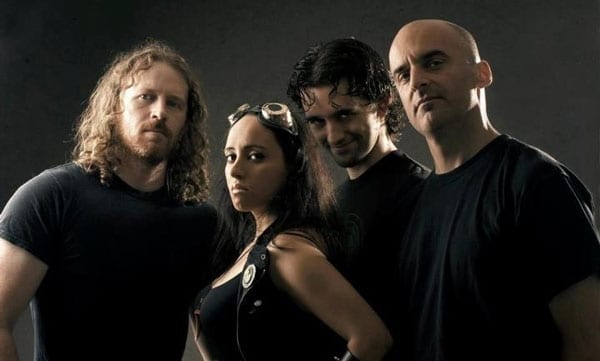 A Sound Of Thunder released a lyric video for the song “Els Segadores (The Reapers)”, which is actually a cover of Catalonian national anthem. The band’s singer, Nina Osegueda is  a first generation American, daughter of a Catalonian immigrant. “My mom came to the US during the [20th century Spanish dictator] Franco regime, back when his administration was actively attempting to wipe out Catalonian language and culture. We recorded this song last year. I wanted to record something for my mom. I thought ‘Els Segadors’ was so cool and, to be honest, the lyrics are absolutely metal. I sing our own loose English translation alongside some of the original Catalan language lyrics. This song is a tribute to my mom, my family, and the people of Catalonia. I know they’re going through some crazy stuff right now, so I wanted to send our support. I didn’t expect this track to be released during such a tumultuous time in Catalonia and Spain, but I’m glad we did it and I hope people will find it as inspiring as I do”, she said.