The great Max Cavalera is preparing for his third release in the last 13 months. He talked to Rockpages.gr about the new Cavalera Conspiracy album, ‘Pandemonium’, his various projects, his favorite riffs and… berimbau. Interview: Romanos Terzis 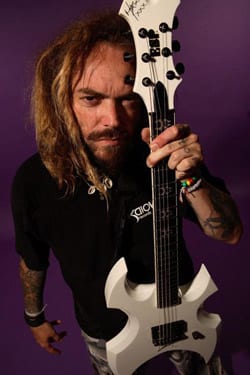 Max Cavalera: They need to be different from each other. I like the first two Cavalera albums but I think we sound more powerful when we play fast. So I decided to make a fast, brutal type of record and it felt good. ‘Pandemonium’ was a great project to be part of and I’m very excited about its release.

Rockpages.gr: When you write the material do you immediately know in which band it’s going to end up?

Max Cavalera: Yes, because I concentrate on one project at a time. I had a picture in my mind for this album; I wanted it to be fast, so I was writing fast riffs and fast stuff for Igor to play. I went into the studio with ideas that I had recorded home and we transformed them into songs. It was a great process, Igor, Marc and myself worked together to make the best recording possible. Most of it is live, we didn’t use pro tools too much and I think that’s how a metal record should sound like.

Rockpages.gr: You mentioned Marc, who plays in both Soulfly and Cavalera Conspiracy. I like his playing, I think he adapts to the style of each record. What do you think makes you a great guitar team?

Max Cavalera: Marc does change from band to band. The way we use him in Cavalera Conspiracy is more metal, more direct. In Soulfly there’s more variety, it’s more open for different ideas. He loves to solo, he goes crazy. I like working with Marc, he’s a great guy. He does lots of little guitar things on ‘Pandemonium’ that help make it a special record.

Rockpages.gr: Of course ‘Pandemonium’ isn’t the only release that you were part of this year. I really loved the Killer be Killed debut, was it a onetime thing? Will you tour or make more music in the future?

Max Cavalera: I think we will but we’re going to wait a little. Maybe in a couple of years we’ll do another one. I really enjoyed doing Killer be Killed and I also enjoyed going from Killer be Killed to Cavalera Conspiracy because they are completely opposite. Killer be Killed has a lot of melody. 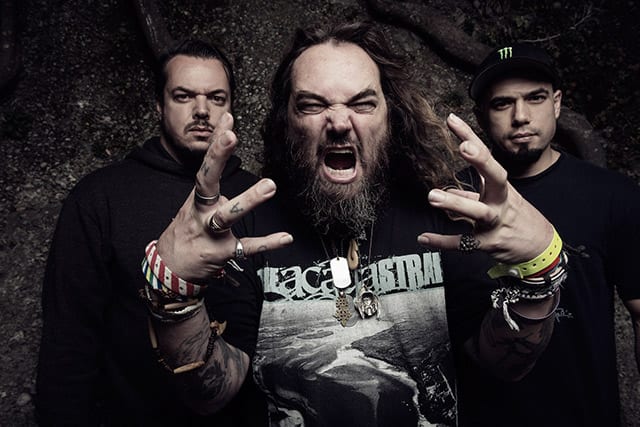 Rockpages.gr: In a recent interview you were talking about your favorite songwriters and you said you like ‘riff-making people’. You mentioned Tony Iommi, James Hetfield, Chuck Schuldiner… I want to know from your own riffs, which are the ones that you’re most proud of.

Max Cavalera: On this record I really like the opening song, ‘Babylonian Pandemonium’, it probably has my favorite riffs, the verse and the chorus as well. From Soulfly I like ‘Bloodshed’, ‘Rise of the Fallen’ has a great riff… I really like the riffs from ‘Sanctuary’, from the first Cavalera Conspiracy album. Riffs is what I do. I think it is an art form that some people underestimate. It takes dedication to write a great riff, it’s hard to find one so when you know you have it is exciting. For me, it’s a never ending chase for the perfect riff. 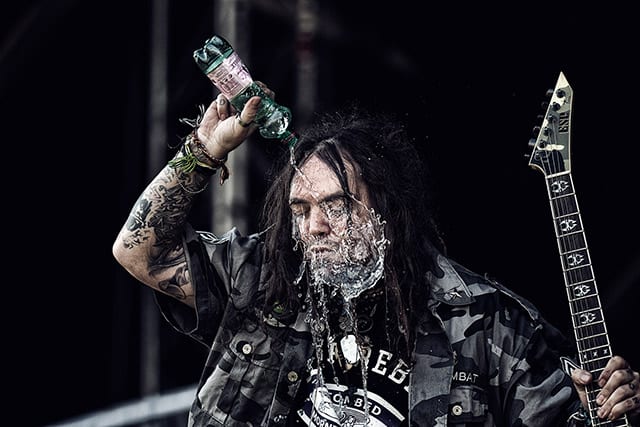 Rockpages.gr: ‘Not Losing the Edge’ from the new album has some great ones, there’s also an eastern sounding middle section. What can you tell me about the recording of this song?

Max Cavalera: The song actually starts on the downbeat, it’s really cool. There was an open area where Marc was messing around with those eastern sounds and I liked it, I told him to keep doing it. It sounded like Melechesh (an Assyrian black metal band). I love this oriental feeling, when it’s done in the right way it can be very powerful. There’s three moments in the song where Marc plays like that. ‘Losing the Edge’ is a different song on the album, there’s more groove. 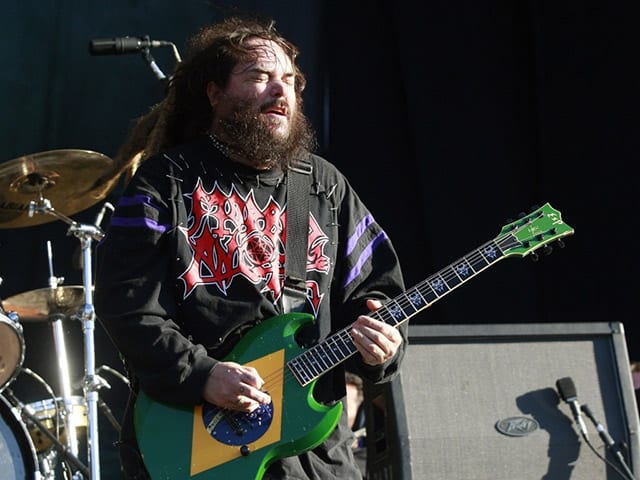 Rockpages.gr: ‘Porra’ is another different song. Is it berimbau that you are playing in the beginning?

Rockpages.gr: I love that instrument. It’s used in the Brazilian martial arts, capoeira. Did you use to play growing up?

Max Cavalera: I didn’t play capoeira but I learned to play the berimbau. It sort of became my trademark in Sepultura and Soulfly. I had the chance to play in the song ‘Porra’, it’s a very Brazilian song, very tribal. It’s a b-side song, but it’s really cool. Igor created the percussive base of the track and then I added berimbau, acoustic clean guitars and some Portuguese.

Rockpages.gr: You’ve been part of many collaborations in the past, the most recent one being Killer be Killed, is there anyone that you would like to work with, that you haven’t had the chance yet?

Max Cavalera: I let it happen naturally. I think everybody I’ve worked with has been great. Of course I’d love to do more, to work with thrash guys like Mille (Petrozza) from Kreator, Tom Warrior from Celtic Frost; those are my heroes from my childhood. And of course Ozzy and Lemmy… 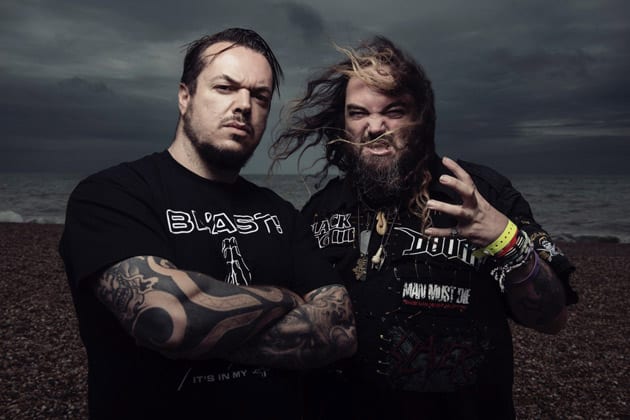 Rockpages.gr: You are one of the busiest people in the industry, in a time where the time period between albums seems to be getting longer and longer for most artists. What keeps you going? Is it the satisfaction of putting out new music? The opportunities for touring?

Max Cavalera:  I just love working, I love music. I devote all my time to music, that’s why I create so much. That being said, since I did so much this year, next year I’ll probably have a few breaks and slow down a little bit.

Rockpages.gr: Are you going to tour with Cavalera Conspiracy?

Max Cavalera: Yes. The ‘Savages’ tour with Soulfly is still going, Killer be Killed is going to do an Australian tour in January and then Cavalera is going to do a big European tour.

Rockpages.gr: Hopefully we’ll get to see you live in Greece again. Thank you for your time. 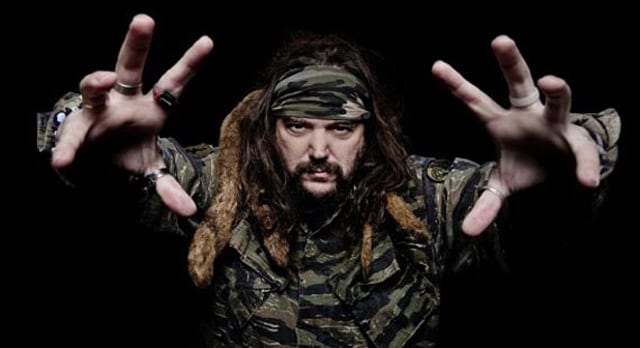