If someone wants to look any further in Greece, he will find many festivals taking place mostly in Athens. Athens has ‘’grown up’’ in the last years and the music choices have multiplied. The problem remains however in the other cities and places, where you can find some really true hard rock and heavy metal fans, which however do not have the chance to attend as many shows as the Athenians.

12 years ago, a fan from a remote Greek island called Creta, decided to change that for the Cretan fans. Thus, he started Chania rock festival, the first big festival on a Greek Island, featuring big names like UDO (Accept) and Anathema. Years went by and CRF changed its venue repeatedly until it settled to the current one, the bastion of San Salvatore at the old port of Chania. A magical place with sea-view and a sunset that makes it hard to compare with any other live venue in the whole world.

The festival of 2014 lasted three days and it featured many artists from different music genres. The first two days were more about Greek folk rock, featuring the local artists ‘’Giannis Aggelakas’’ and ‘’Psarantonis’’. But the third -and last- day of the festival is the one I will be reviewing, the “heavy metal to the bone” evening of August 9th. The line-up was : Core The Band(GR) Forsaken Memoriam(GR) Chronosphere(GR) Βattleroar(GR) Blaze Bayley(ENG) Destruction(GER) Luckily for me I had the chance to be at this festival in Chania for the metal day and I will try to describe it with as much detail as possible from the moment I got there. I will have to apologize to the first two bands but I was kinda late and I did not have the chance to watch them perform.

So let me start with Chronosphere, a Greek band from Athens which are original ambassadors of the thrash scene. Their look and movements were right to the spot. United as a band and looking quite familiar with the stage, they performed a powerful thrash live with many songs that can easily be compared to the big thrash hits. The audience was positive with what they were experiencing and the band gave its best. I should not forget to mention that the members of the band are no older than 24 years old and they have already participated at the WACKEN festival of 2013, one of the biggest metal festivals in the world. 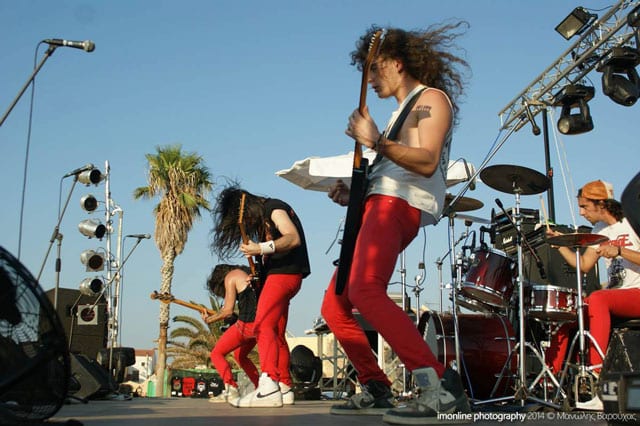 Few minutes before the sun sets into the Cretan sea, the Greek band Battleroar gets ready to go on stage with the German singer Gerrit Mutz, known for being an active member of the power metal band Sacred Steel since 1997. Although Gerrit has been a member of Battleroar for less than two years, the chemistry with the other members was obvious and the energy of the whole band very strong. Unfortunately, the violinist of the band was missing this day but that did not affect the band in a negative way. All the musicians of the band were selected really carefully and everyone could tell after the end of the show that the result was amazing, although the soft breeze was not that much of a help for the sound. The band chose songs from their early years but some new ones also. Those were : ‘’The swords are drawn’’ ,“Siegecraft’’, “Immortal chariot’’, “ Poisoned well’’, “Hyrkanian Blades’’, “Valkyries above us’’ and “ Battleroar’’. 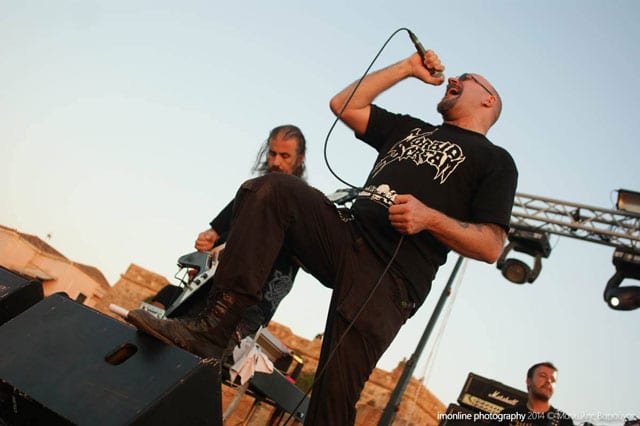 As it was getting dark, Blaze Bayley, the ex-Iron Maiden vocalist (of a not-so-successful era for the band) was ready to get on the stage. It seemed that a big percentage of the crowd was there to see him, since everyone was moshing before the first riffs. Blaze appeared on stage with the band that is currently accompanying him, consisting of ex- Fury Uk members (their new name: Absolva) that have been to Greece before as support acts for Iced Earth and MSG. I was initially worried about what I was about to see, especially after Paul Dianno’s unnecessary shows in Greece, but Blaze really took any concern away. Bonding with the audience from the first moment, he proved that he does not need the Irons to transmit a great groovy feeling. His vocals were in top form and the cooperation of the audience was so great that even the people that had climbed in the nearby rocks were urged to get closer. As expected, the greatest moments were: “Futureal’’, “Lord of the Flies’’, “The Clansman’’ and “Man on the Edge”. Still, it was great to hear some of his own songs, like: “Silicon Messiah’’, “Kill & Destroy’’, “Samurai’’,”633’’, “Tough as Steel” and “Stare at the Sun’’. After Blaze finished, a big break took place and many left from the frontlines to meet him, since he mentioned twice (!) that he will be signing autographs next to the merchandise after the end of his act. 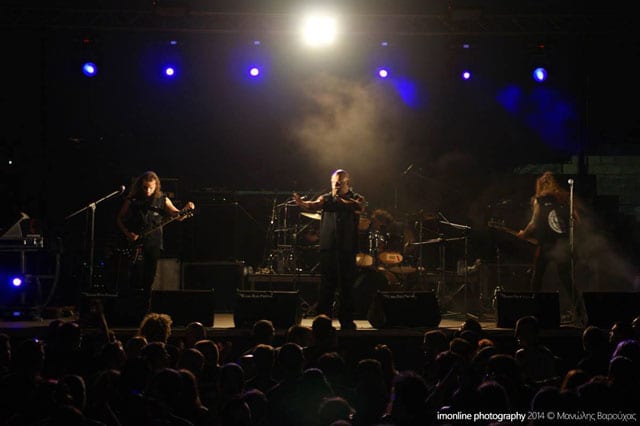 The stage was getting ready to welcome the headliners of the festival, the German band Destruction. The lights go out and their logo appears on the walls through a projector that was informing us of the band that was playing, in an attempt to educate the curious by-passers! The reasonable question before Destruction started playing was what would be the reaction of the houses around the venue at the sound of the first riffs. It’s one of those ‘’FUCK YEAH” moments, when you feel more and more proud about the VERY intense reactions the music you love causes. The band starts the demolition of the place with ‘Thrash Till Death’’ and the first mosh pit did not need long to appear. Dust fills the sky and the crowd and the dust cloud become one, without anyone caring about it. The sound is absolutely breathtaking, while the drums vibrate the seated, urging them to get up and start moshing. The playlist gets going with the hits ‘’Spiritual Genocide’’,“Nailed To The Cross’’, “ Mad Butcher’’, “Armageddonizer’’, “Eternal Ban’’, “Life Without Sense’’, “Carnivore’’, “Hate Is My Fuel ‘’, “Butcher Strikes Back‘’, “Total Disaster’’, ‘’Bestial Invasion’’ and “Curse The Gods’’ Few minutes before the show is over .Marcel “Schmier”, the bass player and singer of Destruction, asks the crowd to choose the next song. They end up playing ‘’Death Trap’’ and the show gets even hotter. Time goes by fast with the sound of destruction filling the west side of the port and the old people from the houses across watching with wonder. Some things, you have to be there to understand them. I might not be so much of a thrash fan, but Destruction deserve to bear the title of one the best live bands of the genre. Definitely much better and louder than overvalued bands like Slayer. They played approximately 70 minutes in order to prevent the police from showing up, although it would be awesome.

I swear nobody paid me to write the above. I speak from the heart and this is exactly how I felt this summer day. My best wishes to the producers of CRF and I will try someday to be also one of them! 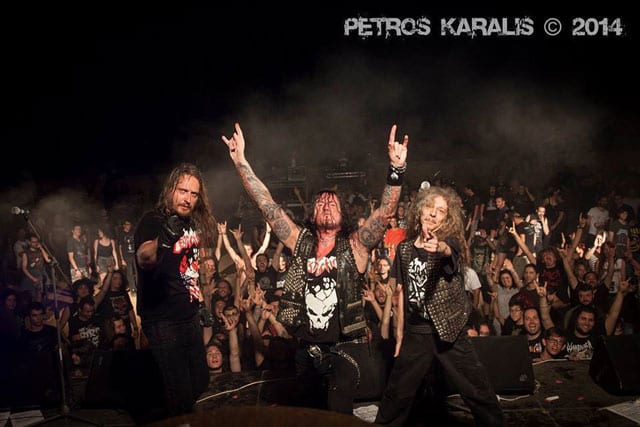