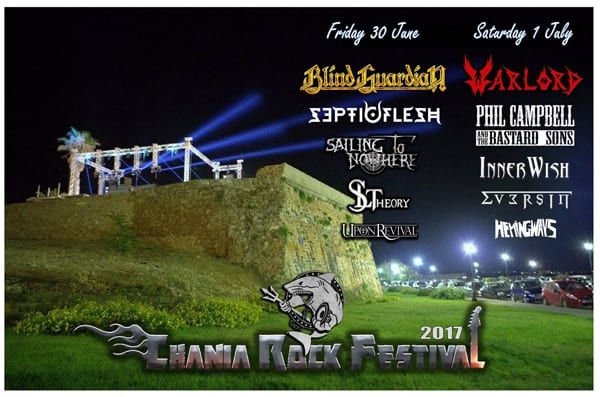 Now that the effect of the Cretan sun combined with the summer vacations starts to wear off, I believe I can try to write some words concerning the best Rock and Metal festival of Greece. Yes, it’s that simple. Chania Rock Festival has become the best one of its kind and that is because of the combination of various reasons. Location, organization and participating bands. The decision to move the festival inside the San Salvatore bastion 4 years ago, was a total winner. 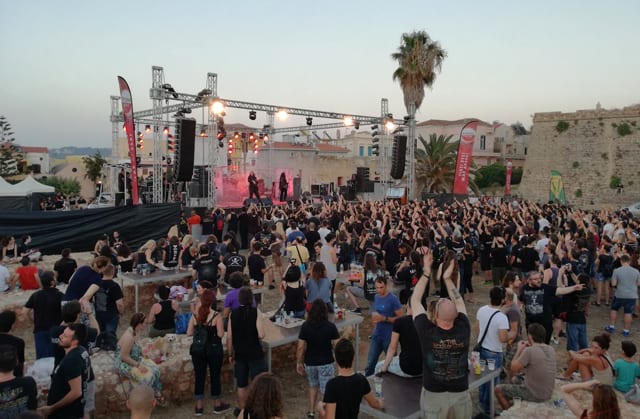 I don’t think that there are any festivals taking place inside a Venetian fort. Let alone that this fort is located inside the heart of one of the most beautiful towns of Greece. The whole setting is out of a fairytale. The organization improves year after year, mistakes and omissions are taken under serious consideration and the services upgrade. The atmosphere is so friendly and you feel so welcome from the minute you set foot outside the walls. Unlike other festivals that make you feel like you are entering a concentration camp. The organizers also do their best in bringing first class acts from Greece and abroad combined with up and coming bands. A look to the past editions will convince every sceptic.

Friday 30th of June and the heat was scoring a scorching 40+ Celsius. Upon Revival which were the winners of the band contest, took on the hard role of gathering the few people that defied the high temperature and came in early. The scorching sun kind of affected their performance. Fortunately they had a decent sound as an ally and their Evanescence-like modern metal was met with enthusiasm and was applauded.
I was very curious to watch the SL Theory ensemble perform but when the time came, only 5 out of 10 musicians stepped on the stage. As it turned out, there was a mix up with the flights that resulted in the delay of half the band. So an emergency line-up appeared and did its best in presenting a demanding prog rock set without any apparent weaknesses. Too bad that happened though and we missed the chance of witnessing a rare and very interesting performance in its whole.

The crowd had already grown in numbers when Sailing to Nowhere from Italy hit the stage. I had no clue about them and was very curious. I have to admit though that I was a bit biased in a negative way but with no apparent reason. The band proved me wrong. Likeable from the first glance and very energetic on stage, they delivered common but cheerful Europower metal. They definitely won the crowd and stepped down during a loud ovation. 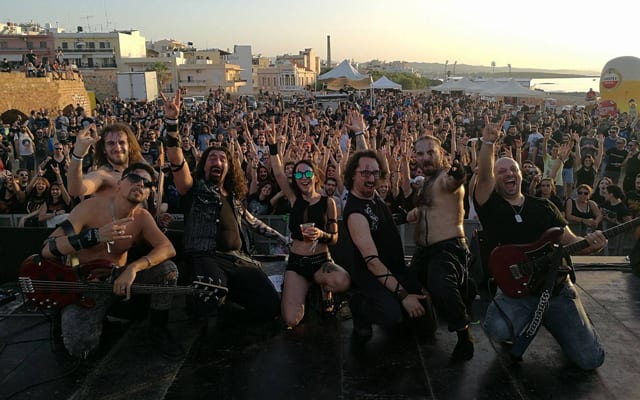 The highly experienced Septic Flesh was the sole representation of the extreme sound. The audience gathered and enhanced the performance of the Athenian group. The setlist included some of the highlights of their career. But suddenly something came up and forced the organizers to cut the set short. Of course this was something that annoyed Seth who openly expressed his discontent. I don’t know the details about this incident but it was the only mishap of the entire festival. 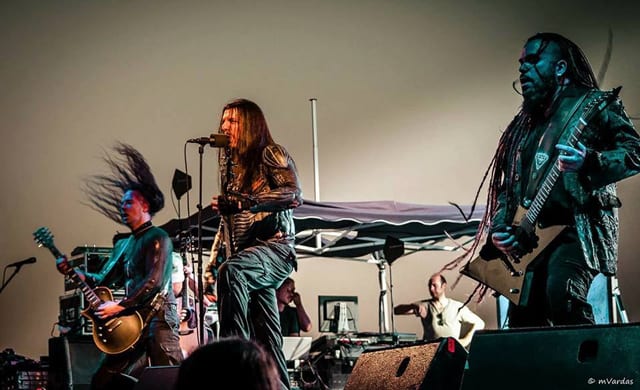 The sun set in all its glory and Blind Guardian assumed their battle positions. I took cover on the northern wall and anticipated the attack, 21 years after my first concert encounter with them. Back then my back was facing the sea of Piraeus, now it was the Cretan sea. The crowd filled the bastion and broke the festival record of attendance. The signs conspired towards a glorious night. And so it was. The entire Imaginations From the Other Side album played from start to finish plus a selection of timeless classics, all played with exemplary professionalism. Hansi didn’t miss the chance to show his awe concerning the location, considering it as the most fitting place for a Blind Guardian concert. The show came to an end and you could only see smiling faces everywhere. A historic performance that literally rejuvenated us. 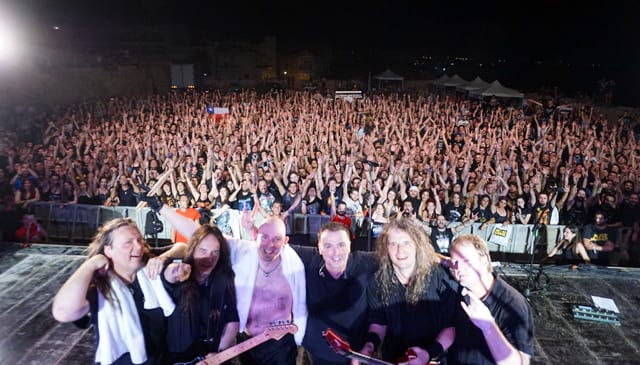 The heatwave persisted and Upon Revival traded places with The Hemingways, a young local rock band. Spontaneous and energetic but with miles to cover and hard work ahead of them.

Eversin from Italy failed to reach the standards set by their fellow countrymen that appeared the day before. In my opinion their music sounds indifferent and clichéd. 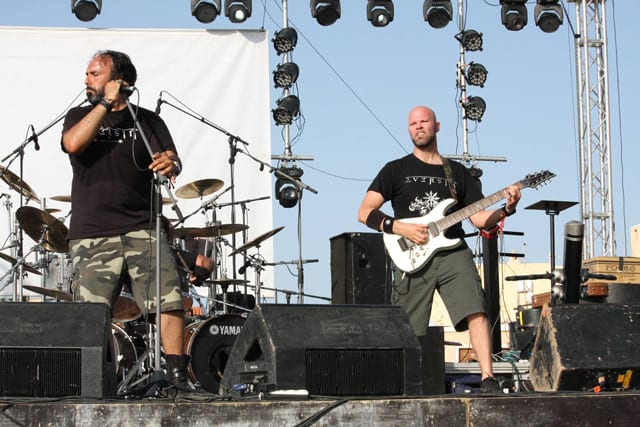 Fortunately Innerwish came to save the day, with a mission to cheer everyone up and create an uplifting atmosphere. The Athenians just can’t falter. Professionals in every aspect, totally cool, clearly on top of their game. The have smashed their Greek chains and are definitely considered a world class act no matter the conditions. Even under the scorching sun and in front of a somehow dizzy audience. 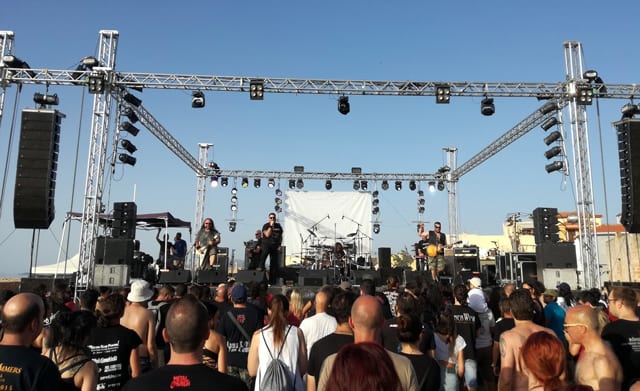 The Campbell family filled the stage and kicked off with a bang, in front of the raving Motorhead maniacs who occupied the front rows. The Bastard Sons set was of course filled with Motorhead classics but also contained songs from the recent EP plus cover versions. An energetic performance nevertheless that satisfied a curious bystander like myself while the fans were left in awe. 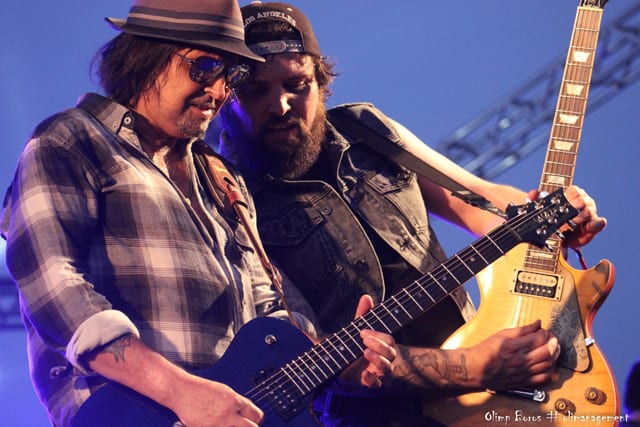 If someone told me a few years back that I would witness a Warlord concert, I would call him a dreamer. If the same guy told me that I would see them perform live five times, I would definitely call him a madman. If he added that the fifth time would be inside the San Salvatore bastion, I would cry for help! But times do change and that beloved band that reached the status of a myth over the years, was reborn and eventually traveled to the island of Crete in order to present us some of most historic metal songs ever written. I will not say that this was their best performance. But it definitely had its very own charm and importance. Zonder is a sight for sore eyes, one of the most significant drummers of our time. The bone chilling dual guitar solos by Tsamis and Viani where played in all their glory. Nicholas Leptos was more than decent but didn’t rise to his high standards probably because of the lack of friction between him and his band mates. 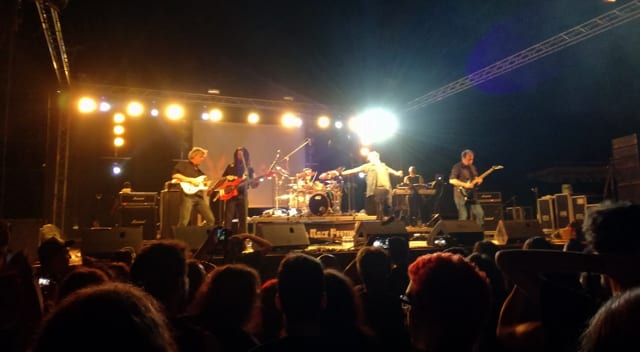 The festival came to its end, leaving us with the common but colliding feelings of joy and melancholy. Joy for all the great times among friends and melancholy for the inevitable end. If I had to make a suggestion for the next year, that would be simplifying the entry and exit processes and the token procedure. Till then I will stay tuned for the band announcements of the 2018 edition. But I will take my place on the bastion no matter what. Chania Rock Festival cannot be missed. 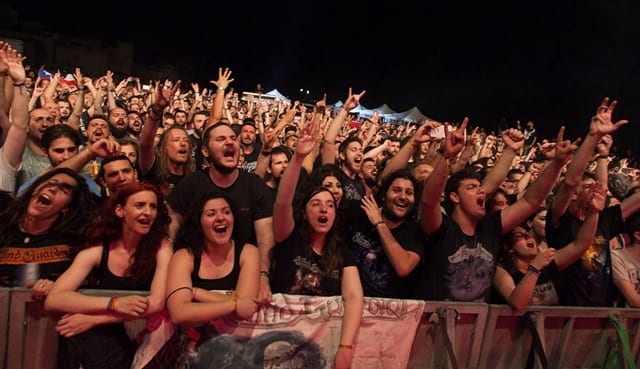