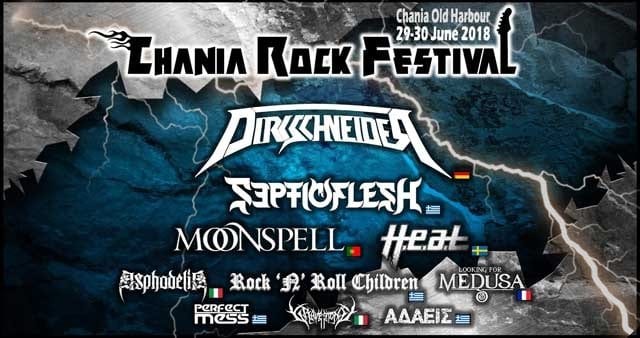 I have to admit that I am a bit ashamed for never been before in Chania Rock Festival. I was born and raised in Crete and every summer since it started I could be there with a few hours trip. But for some reason I couldn’t make it, so the trip from Athens had to be scheduled. After all, this is a festival with a committed audience, many of them coming off the island and some of them outside the borders of Greece. These guys program their holidays to coincide with the festival days. As for the venue, outstanding. Like in all big cities of Crete, there are venetian fortresses and castles that host events like that. CRF for some years now takes place in Bastion of San Salvatore, maybe the best I’ve ever been in an open-air festival.

To the main course now. Day one. Perfect Mess from Pyrgos, the first band from the area o Peloponissos in the history of CRF, were the winners of the online contest “Giorgos Manouselis” that runs for three years now in order to choose the opening act. Despite the strong wind and sun, they did a great job and managed to entertain the few fans with their alternative rock. Check out their self-titled debut album that was released last year, it deserves to be listened to. 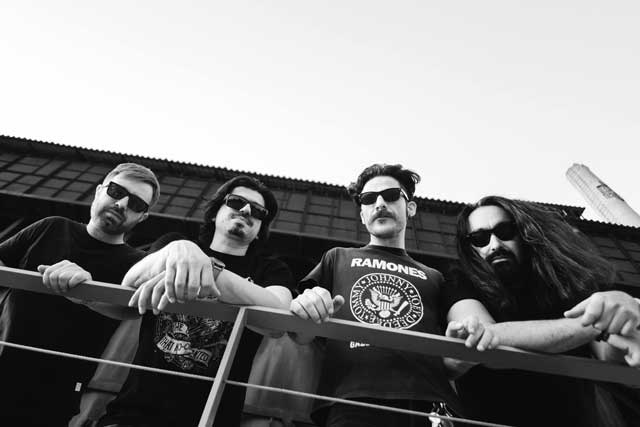 Moving on, the death metallers Gravestone from Italy didn’t do very well. Bad sound and some other problems on stage probably got into them, so they didn’t do much of a show.

Rock ‘N’ Roll Children knew exactly what they had to do. The best tribute band of Greece, they play songs from the huge career of the mighty Ronnie James Dio and send many chills down our spines with hymns from Sabbath, Rainbow and Dio that have written special history in this music.

Setlist: Man On The Silver Mountain, Children Of The Sea, Holy Diver, Stargazer, Falling Of The Edge Of The World, We Rock, Die Young, Don’t Talk To Strangers, Rainbow In The Dark, Heaven And Hell 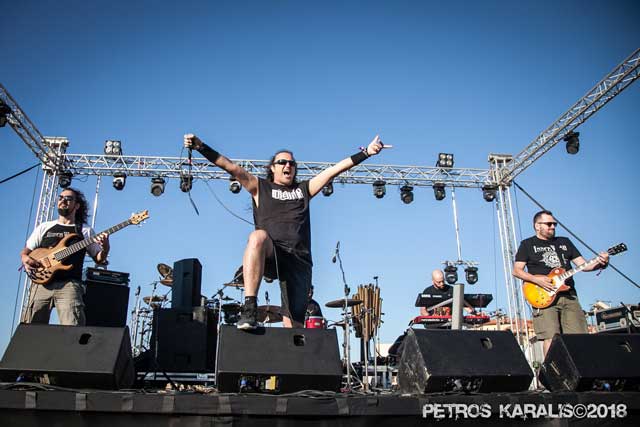 The sun was setting, the night begun to show and with it the lords of gothic metal, Moonspell. Even if it was day, the dark would have come only for them. Suddenly, things got really serious. The band from Portugal gave a devastating show, probably the best that I have ever seen from them. With perfect sound, great stage presence they didn’t give anyone a reason to question their quality and professionalism. Their set was based in their last record “1755”, Fernando Ribeiro was once more excellent as frontman and the band in great shape. The last three songs of their performance were pure magic. Without any doubt, they were the absolute highlight from the first day. 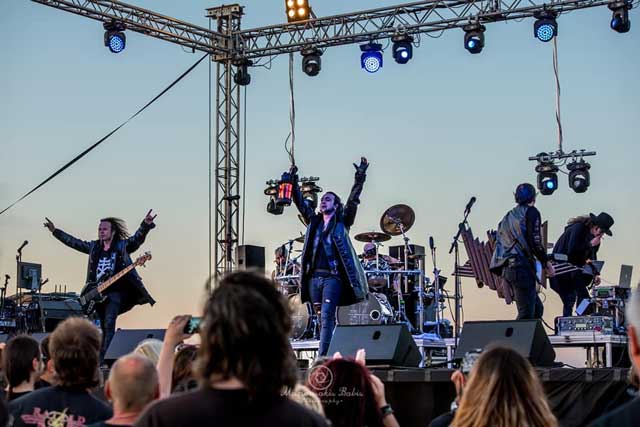 The time had come for the headliners and Septicflesh took their place on stage. Their show last year was not completed due to technical reasons, so probably CRF gave them the chance to complete the unfinished job. Their show was like usual, but without very good sound (at least compared to Moonspell) and the fans less enthusiastic. I will say it again, they are excellent musicians and have released great albums but on stage they don’t manage to deliver what I believe they can considering their skills. The first day ended and left us with many good moments and eagerness for the second one. 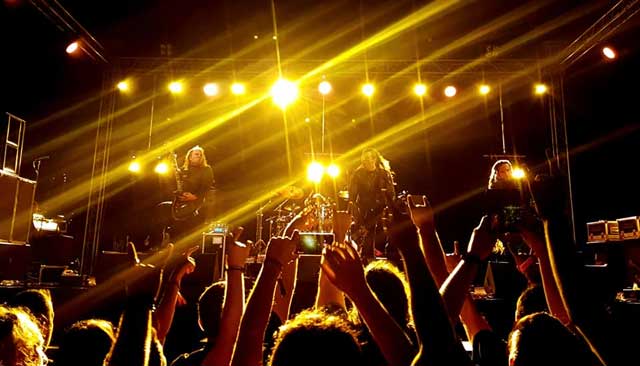 Day two. The hard, always, part to open the festival was given to Adaeis (Greek: Αδαείς) a rock band from Heraklion and one of the very few in the history of CRF with Greek lyrics. Of course, the glorious days of the Greek rock scene will never come back but band like them show that the flame still exists and burns. Very good show and a nice change of scenery. 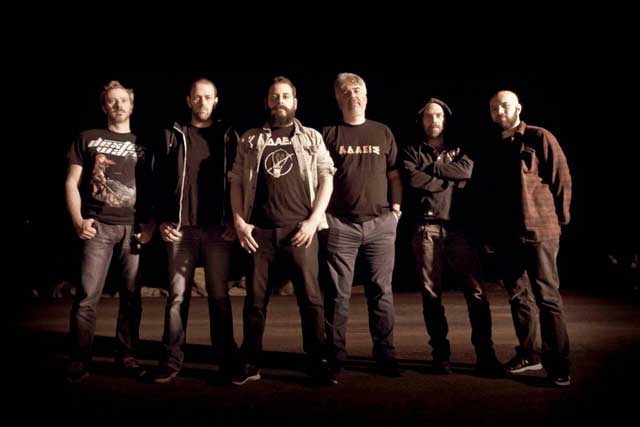 Asphodelia from Italy came up next, with Samuela Fuiani on vocals being the only woman musician of the fest. Their modern symphonic metal in the steps of Within Temptation/Lacuna Coil can’t say that got me very excited, but the band gave their best. 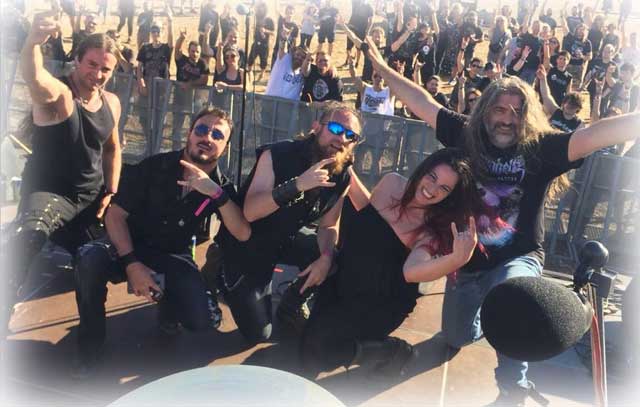 Moving on with Looking For Medusa. Some fans who were in front of the stage got excited by them. Typical heavy/power metal without big surprises from the Frenchmen. The cover of “Thunderstruck” in the end wasn’t a good move, mostly because of their singer’s bad accent. 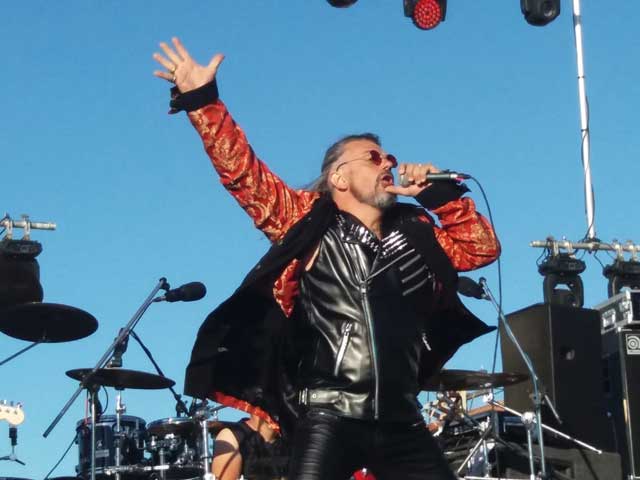 The time finally came for the first appearance of H.E.A.T. in Greece. Frankly, I find it really hard to choose the work to describe this EPIC performance. Firstly, those who didn’t know them were in shock during their show. Even we who know the band and came prepared, watched an absolutely amazing band giving the show of their lives. The set consisted of songs from all their five albums, with most of them from their last two “Tearing Down The Walls” and “Into The Great Unknown”. A special reference must be made to Erik Gronwall. The guy didn’t stop for a minute. Headbanging, dancing, moving around, playing with the audience. And all these without losing a single lyric and without tiring at all his amazing voice. The best part of this lunatic’s performance, was during “Beg Beg Beg” when he asked for the audience to bring him to the bar. He fell onto some guys who carried him, left him there, he drank a beer, continued to sing (the band in the meantime begun playing “Whole Lotta Rosie”) and then he went back to the stage while dancing and singing among the fans.

Truly amazing. H.E.A.T. with this outstanding performance proved why they are considered one of the best hard rock bands in our generation. And I don’t exaggerate at all. The dinosaurs of this sound will slowly step aside. If we want this music to remain on top, the Swedes are one of the bands capable of doing that. A huge bravo to CRF who managed to bring them. 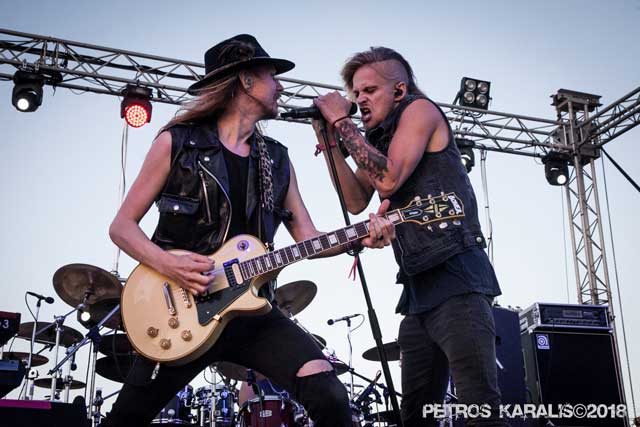 As for the headliner, introductions are not necessary. The General plays songs from Accept for the last time and a chance like that couldn’t be wasted. The differences from his show in Athens during the tour two years ago? First, Stefan Kauffman. The drummer from the classic line-up of Accept (who quit drums and begun playing guitar due to a back problem) returned after some years to Udo’s side, as he was his guitarist for a long time. Secondly, the set. Aside from the classic Accept songs, the General chose some different ones from the last time and it was a nice surprise hearing “The Beast Inside” and “Aiming High” for example.

Of course, I don’t have to say what happened to the timeless hymns of the German machine. Just the opening riff was enough to make the fans go nuts. I mean, how can you do otherwise when you listen to “Living For Tonite” or “Princess Of The Dawn”? As for the four last songs that they saved for encore, whatever voice we had left went away screaming. Excellent show from the band, great sound and the General living every single moment on stage and reminding us the reason we fell in love with this music in the first place. A heavy metal journey, with the only negative being that at some point it had to end.

Setlist: The Beast Inside, Aiming High, Bulletproof, Midnight Mover, Living For Tonite, Another Second To Be, Princess Of The Dawn, London Leatherboys, Up To The Limit, Breaker, Screaming For A Love-Bite, Love Child, Russian Roulette, Metal Heart, Fast As A Shark, I’m A Rebel, Balls To The Wall 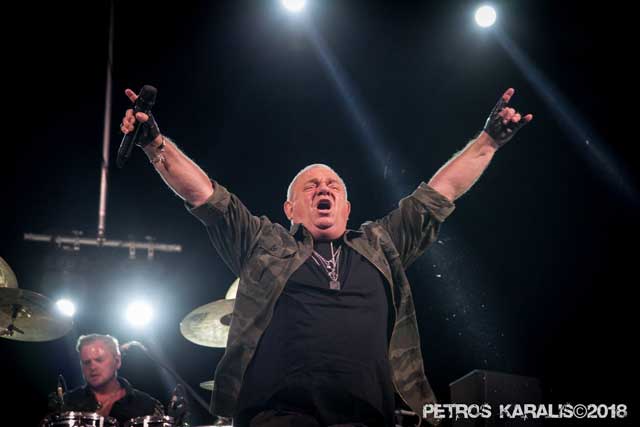 So, CRF came to its end once more. It may took me a long time to finally get there, but from my experience there should be a very special reason in order to miss it any of the following years. Oh, before I forget. The riff of “Balls To The Wall” is the best riff even written in the history of heavy metal. Period. 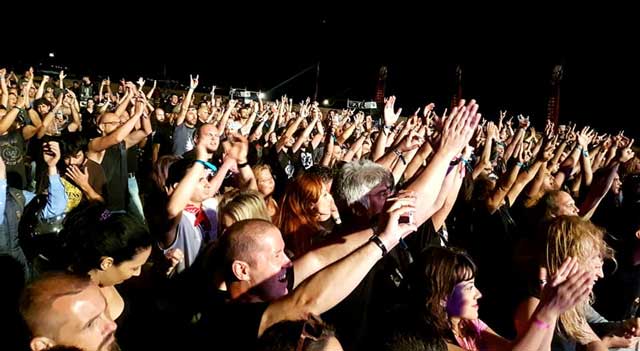