For one more time, Chania was calling. We had to answer this call. Two days filled with excellent music, great company and moments that we will remember for many years. The flight from Athens was five in the morning and the results were no sleep at all, waiting on café and beach until the rooms were ready and fatigue. But it wasn’t the bad kind of fatigue, because the trip was revitalizing. 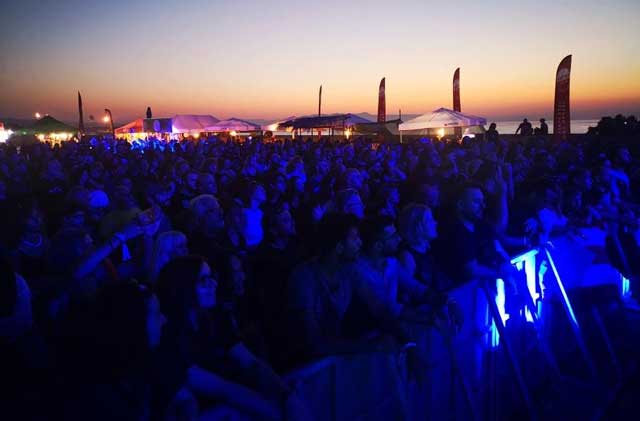 The time had come for the start of the first day. Or to be more precise, the first day that I attended. This was because Chania Rock Festival (CRF from now on) did another special thing this year. One more day was added, the 4th of July, with local bands from Chania only and free entrance for everyone. Even if I wanted to go, the airplane tickets and room were booked months ago and last moment changes were practically forbidden. Excellent decision nevertheless. The bands that appeared, in running order, were: Planetnone, Northwaves, Noisy Whisper, Trionimo, Oblivion, Hemingways, Halicuti Band, Hidden Seek, The Dragons and Plinthetes.

I have to say also that this year, CRF in a constant desire to get better, had more kiosks for the various needs of the visitors. A second merch stand from Monsterville, another one for ice-cream and sweets, one with Indian food, one with Greek street food and one with cannabis products from CBD Oil. The prices in the bar were the best ones I’ve ever seen and the entrance for kids under ten years old was free. Many congratulations to everyone involved for their efforts.

Decipher were the winners of this year’s “Giorgos Manouselis” contest that is held as tribute to the late organizer of this festival. The five-piece band from Athens is active only two years now, but has gained some attention with their EP “Of Fire And Brimstone”. The guys gave a nice show, despite the sun that was burning above their heads, they had good sound and did a cover of “Deathcrush” from Mayhem if I’m not mistaken. Judging by how many people decided to buy their t-shirts after that, shows that their death/black metal had big impact on many fans. 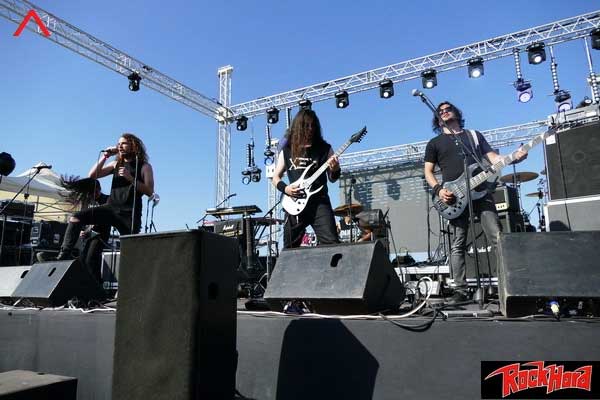 During the changes in the stage for the next band, I went for a quick stop in the merch stand, went to my room to leave the stuff I bought and got back just in time before Doomocracy hit the stage. With the hotels in small distances just a few minutes from there, it’s very easy to go there for everything you might need. Things are so easy in CRF. The doom metallers from Heraklion gave a very nice performance, having as their ally great sound and many fans of their own. Even if their style isn’t one of my favorites, I can admit that they did a very nice job and the fans gave them a huge applause. 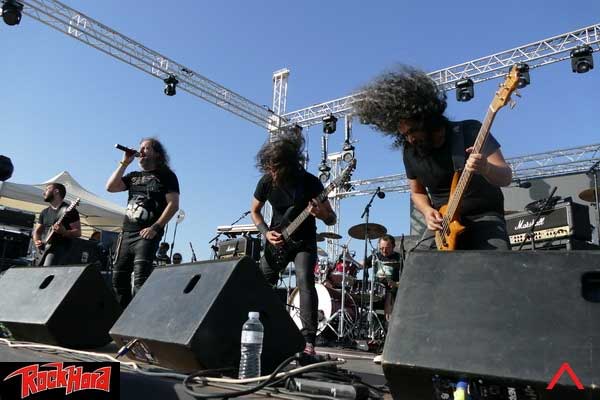 Next in line were Sinheresy from Italy. They have visited Greece before, supporting their country mates Lacuna Coil. Their style was quite close to them, from what I was listening. Melodic/modern metal with a lot of pre-recorded parts and double vocals from Stefano Sain and Cecilia Petrini who tried everything to get the fans psyched up. Unfortunately, it didn’t always go very well and that resulted to some awkward moments. They also had the worst sound of all the bands in the festival, with the instruments being much lower from the vocals. People who saw them in the shows with Lacuna Coil, said that they were better then. Probably the technical issues didn’t let them to perform the best they could. 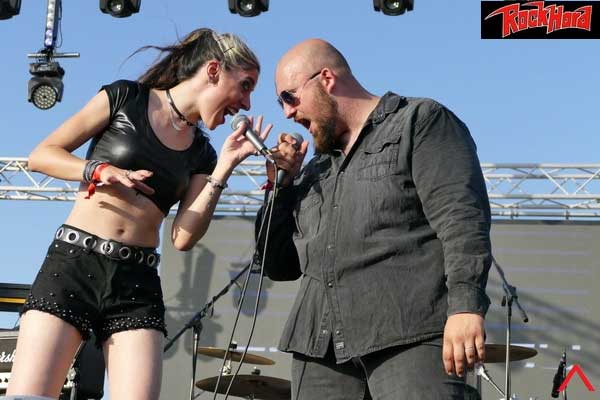 The sun was starting to fall when the legend Uli Jon Roth hit the stage. I must admit that I regretted the fact that I’ve never attended one of his shows in Athens the last years, because he was magical. He was playing with such ease, such passion, even the few moments that he took on the vocals you couldn’t find anything bad to say. Simply amazing, with his trademark hippie-like style, gave an amazing show by playing songs from Scorpions and Electric Sun. He also did an amazing cover of “Don’t Tell The Wind”, a song of his younger brother Zeno Roth who passed away last year. He also had terrific musicians with him, two guitarists (one of them was the lead vocalist) and of course a bassist and a drummer. I don’t think that there was a single person who wasn’t impressed by his performance. The Greek fun club of Scorpions also came from Athens to see him. I can’t say anything more to describe his greatness. I repeat, legend. 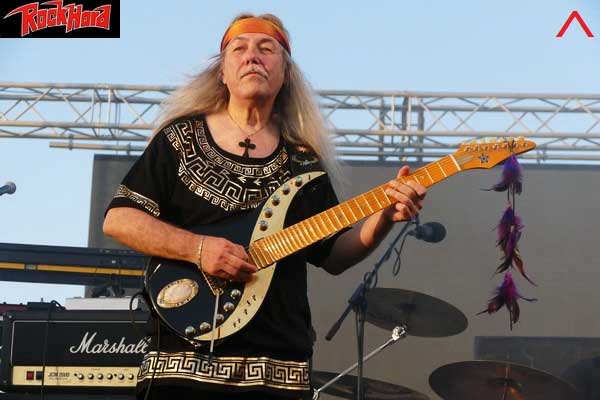 As for the headliner, I have to say that I have never been a fan of hers or of Nightwish. But this doesn’t mean that I don’t respect her as a singer an artist, as she has a truly unique voice and a very good band to support her. The sound was great and she chose to perform mostly her own material, with the only Nightwish songs being “Planet Hell” and the cover of “Over The Hills And Far Away” from Gary Moore. When you have released eight (!) studio albums after being fired from Nightwish (five of them with new material), it’s only logical to seek approval for what you are now and now for what you used to be. A very wise choice from Tarja, she has very good material to support this decision. They first day ended with a great show. Back to the hotel to refill our batteries so we can be fresh for the second one. 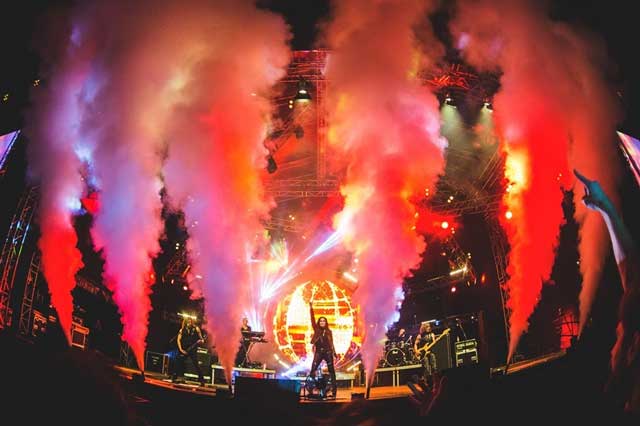