The second, (or to be more accurate, third) day seemed to start in a better way. This was due to a slight breeze that made the strong sun more tolerable.

The all-female cover band Diamond Sings, was the first one to hit the stage on Saturday. Without giving a damn about the sun, they gave a solid performance by covering with respect classic songs from our favorite music. Strong rhythm section from Kiki (bass) and Mary (drums), excellent guitar skills from Ioanna and amazing vocal performance from Joan. In the end, the fans were asking for more. A perfect warm-up, if you catch them live go ahead and watch their show. You will have a very good time. 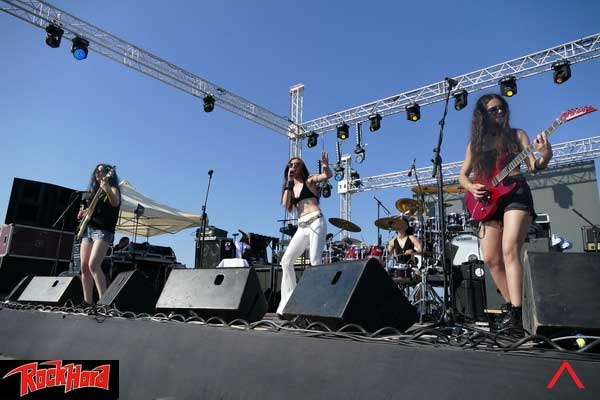 A second visit on the merch stand and of course a quick walk to hotel to leave t-shirts and CDs before heading back to see Carthagods from Tunisia getting ready for their set. For many of us, the desire was to see another band from this country (could someone please book Myrath?), but that’s another topic. These prog/power metallers are a very strange case, as they are the first band ever from Tunisia to play metal, they were founded in 1997, they have no original members left, they have changed several musicians and they have performed together with Max Cavalera, Tim “Ripper” Owens and Mark Jansen. This year they released only their second full-length album with the first being dated back in 2015. In this tour they have the guitarist and drummer of Delain helping them, with the latter one being responsible for their sound. Their material reminded me at some points of Myrath, without of course the middle-eastern influences. Very good show from them, with the bass guitar being absent if the first song, but was fixed in the next ones. Of course, their long-running tracks didn’t leave them much time to play more. It seemed that they pleased very easily the audience who defied the sun and supported them in front of the stage. Something tells me that we will see them again in our country soon.

Setlist: The Devil’s Dolls, Whispers From The Wicked, The Monster In Me, Memories Of Never Ending Pains 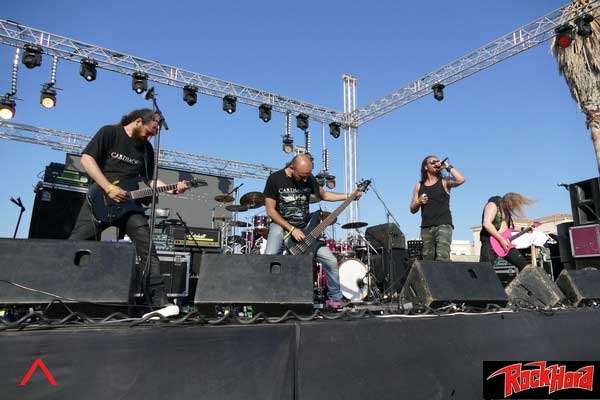 I’ve wanted to see Holocaust live for many years now. The NWOBHM band of John Mortimer has one of the most classic albums in this sound, “The Nightcomers”, and Metallica did a cover of “The Small Hours” by them. The highlight was the bass player Mark McGrath who appeared naked above the waist, wearing only one kilt. Their performance was great, but Mortimer’s choice to continue as a three-piece band after 2012 has an impact on the live sound, because it seemed empty without a second guitar. In my surprise, they didn’t play anything from their latest amazing album “Elder Gods” and focused almost only on old material. Especially in the classic hymn “Heavy Metal Mania”, the Scotts send chills down my spine. I would like very much to see them again in their own show with a bigger setlist. 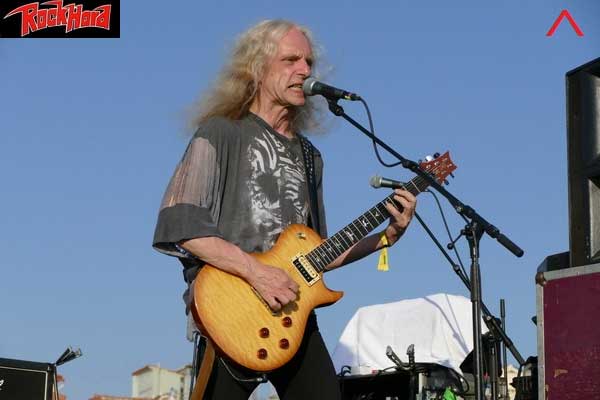 As for Rotting Christ, I can’t say much. I don’t have to. It doesn’t matter when they play, where they play or what time they play. They will destroy everything. It’s in their DNA, you can’t change that. This is what I told to their frontman Sakis when he was signing their book after the show and he told me “this is what we do, until the end”. What more can I say? This was the first time I saw them with the new line-up, Giannis Kalamatas from Slitherum on guitars and Kostas “Spades” (ex-Chronosphere) on bass as the collaboration with Melanaegis of Lykaionas didn’t last. Their show was amazing and the fans responded with the same passion to new and old songs with screams and mosh pits. There were also fire machines in front of the stage (which were later used also for the headliners). Sakis was in an amazing mood and couldn’t stop thanking us for our support in all this. Only respect for the ultimate Gods of Greek metal. 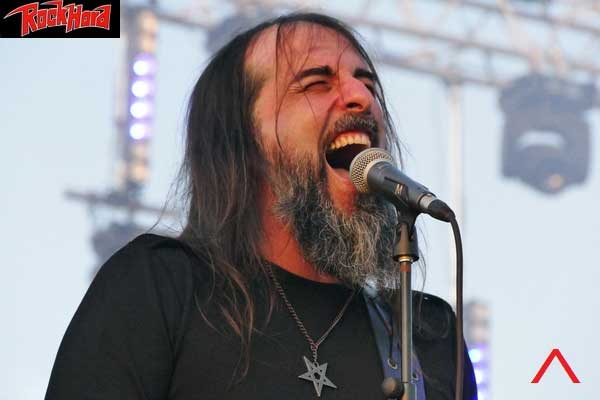 Now, what happens when two members from two of the most beloved bands of the Greek metal fans join their forces? This was a show that many people were expecting. First time for Demons & Wizards in our country so we had to be there. Their show was devastating. They managed to drop our jaws to the floor. The sound was perfect, one of the best I’ve ever heard. Very loud, but also very clear for all the instruments. The musicians that Hansi Kursch and Jon Schaffer chose were amazing, so you knew from the start that the show would kick ass. Hansi brought from Blind Guardian Marcus Siepen to play bass and Frederik Ehmke on drums who caused minor earthquakes. Jon brought from Iced Earth Jake Dreyer for the second guitar and the keys were handled by Joost Van Den Broek (Star One, ex-After Forever). 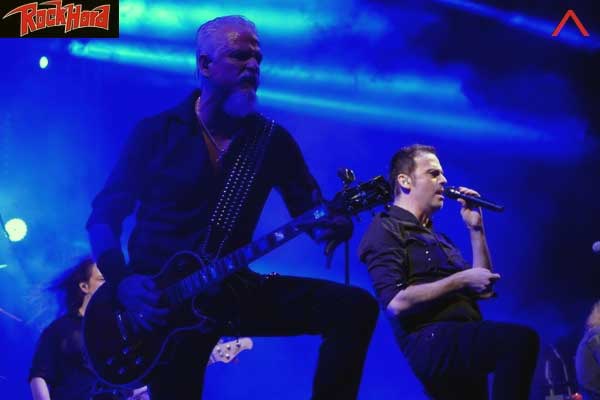 Most songs were from their first self-titled album and they managed to drive us completely insane with covers from Blind Guardian and Iced Earth. Especially in “I Died For You” and “Valhalla”, what voice I had left from Rotting Christ abandoned me. After that, the classic sing-along of the chorus followed and if Hansi didn’t stop us, we would go on forever as he mentioned. Hansi of course was a delight. They way he was singing was amazing and of course the way he was interacting with us between the songs. The fans were constantly shouting the names of all three bands. Schaffer (with short hair now) didn’t take the microphone to say anything, but his smile and his dedication on stage was enough for us. The encore with the hymn “Blood On My Hands” and “Fiddler On The Green” was the best they could do. The show of Demons & Wizards was more than perfect and whoever travelled there to see them, wasn’t disappointed.

The after party found us on Avalon rock bar in the old harbor with great music and company until the morning, with members from Decipher, Diamond Signs, Holocaust and Rotting Christ joining us. Another amazing time in Chania and I can’t wait for the next year. Last but not least, I have to congratulate the guys who organized this event because they managed to make it international. Most visitors came outside of Greece for this one and from twenty one different countries! Us Greeks were a minority. When this festival has a steady audience that comes from countries that have the biggest and most-known festivals in the world, then you know that they have achieved something unique. Chania again next year. Chania every year. 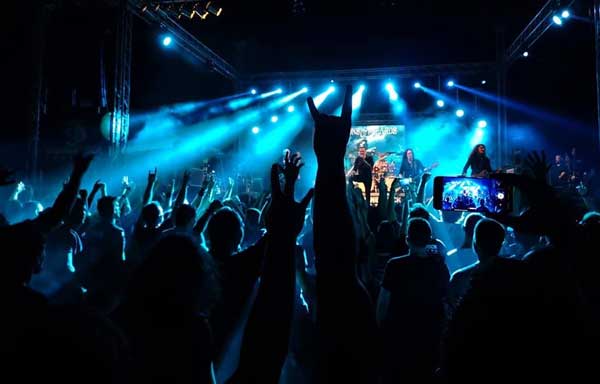