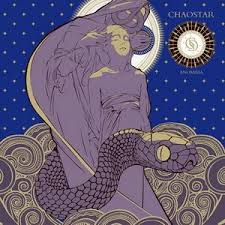 Descending the stairs to Hades, the gates are wide open and from somewhere down below, one can listen to “Anonima”. This is the first thought that came to my mind when I first listened to this Chaostar album and I retain the same feeling after many listening sessions. In addition and in order to remember it more clearly, I gave it the name “The Opera of Darkness”.
One can easily claim that this opus (this is a more fitting word, actually, for “Anonima”) is closer to the classical music than heavy metal or if you prefer to the gothic rock genre. The song arrangements, the compositions, the imposing soprano voice and the overall theatrical interpretation of Androniki Skoula could easily refer to a central-northern Opera.
The exception to the rule is the song “Όμορφη Κόρη” (Fair Maiden)  which be easily characterized as a dirge or lament and the follow-up song called “The Charmer” that openly flirts with jazz-funk-pop. Naturally, the participation of Moonspell’s Fernando Ribeiro on “Dilate The Time” and Morbid Angel’s David Vincent on “Medea” cannot pass unnoticed. But the truth is that, however pompous and big these guest names sound, Chaostar don’t need them due to the sheer fact that the material is strong and their overall presence so unique. The band is comprised by accomplished musicians and it is absolutely a luxury for us to have them here in Greece. Christos Antoniou and Fotis Benardo (both in Septic Flesh), and Androniki (the most hopeful female singer of the genre in Greece with the future wide open for her) create a superb sonic image! On a side note, Androniki sings in four different languages! “Anonima” is for me personally the pleasant surprise of 2013 and I am pretty certain that I will include it in the best albums of the year.