Arriving at “Michalis Kakoyianis” it came to my mind the title “Otan oi mettalers vazoun ta kala tous” (When metallers gussy up), but soon I realized that it was more than  this. All sorts of people were waiting to attend a performance much different from what they had seen up to that moment, at least most of them.

Indeed, this night was both more interesting and different in comparison to what the majority of the audience had ever seen.

The show was divided into two parts. The first was titled “Random gebaut keeps an eye on the module guide” and belonged exclusively to Fotis Venardos, one of the leading drummers of our time who featured in a really amazing way the melody of drums, with his incredible skill. It was a show for one role and an apotheosis of the percussion section.

This was followed by the second part entitled “Fosferatu”. A fourteen-member orchestra, with piano, violin, bass, percussion, bassoon, oboe, flute, cello, trumpet, horn and whistles, and George Aravidis as the conductor. A children choir of a Greek Conservatory accompanied in a remarkable way the soloist Andronike Skoula. A soloist with an amazing voice and a unique theatricality. Playing the queen of light who fell into the prism of the colors of the Iris, transfixed the audience with an amazing performance, which many of her colleagues would envy, with the music of a great and restless musician like Christos Antoniou. This modern opera showed many of the capabilities of this musician who continues to put his standards higher and higher.

He was applauded at the end, in a show with a strict protocol kept, regarding the presentation and the arrangement.

Many congratulations to all the contributors of this show which I would really like to attend again. 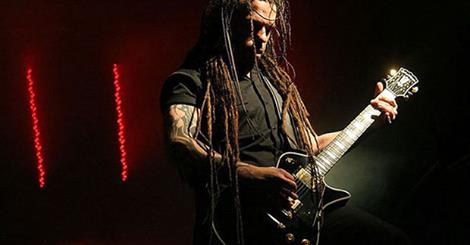