Swedish melodic metallers Coldspell are about to visit Greece for the very first time in November in the wake of the band’s new album “A New World Arise” which has already gained rave reviews from all over the world. We get in touch with guitarist Michael Larsson so as to find all the details about the new record but also about…a small town up in the north called Kiruna. Interview: Sakis Nikas

Rockpages.gr: It’s been four years in the making but finally…a new world has arisen! Are you happy with how all things turned out and most importantly are you happy with the fan-reaction to the new album? 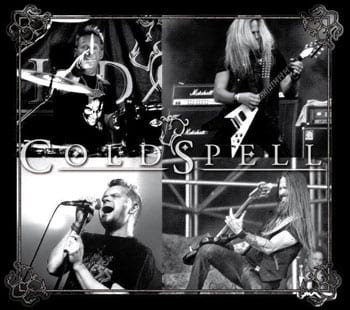 Michael Larsson: Yes, finally its out and its released. What was supposed to not take too long did take way too long time to do, but that’s what happens when life gets in the way (laughs). I’m happy how it turned out and that it became that Coldspell album I wanted it to be, a bit heavier with more variety and a big sound. The feedback from both media and fans has been overwhelming and that do inspire me/us to keep on doing this.

Rockpages.gr: Once again there are no changes in the familiar style of yours: melodic metal at its finest! You have a very distinctive sound that brings in mind bands like Pretty Maids, Fair Warning etc. Which were your influences in the very beginning?

Michael Larsson: Thanks, and the fact that you mention melodic metal I have to say that with this album it seem like that’s what we do, play melodic metal. With earlier releases it’s been like someone says its excellent AOR and someone that its great metal, seem like we found our category of style now with these 4 releases. No big changes are done and it’s all in the name of ColdSpell , we want the ones who liked us since day one to still be around and we love what we do so no need to change the formula . Thanks for that comparison, they are great bands with an amazing sound and I guess we are in that kind of genre as the likes of Pretty Maids and Fair Warning and loads of others. I grew up with -70 ́s, -80 ́s hardrock metal but early influences have been Deep Purple / Rainbow/ Whitesnake/ Sabbath/ Dio / Judas / Montrose/ MSG/ Ozzy to mention a few. Always been curious about new music so I guess I get inspiration from musicians/bands from all decades.

Rockpages.gr: You have a long and lasting relationship with Tommy Hansen. How important is Tommy’s contribution to the overall shaping of your sound?

Michael Larsson: I guess we do (laughs). I believe Tommy was very important for us to have this edgier distinctive sound and production we do have. Guess the sound created on  “Infinite Stargaze” sort of led the way for what we will sound like. Huge thanks to Khalil at Escape for insist that Tommy will do our first album, he knew that it would be perfect match. Even though Tommy mixed all 4 albums there’s still not an album sounding like the others. Think me and Tommy do get where we want it to and we do have a good collaboration. 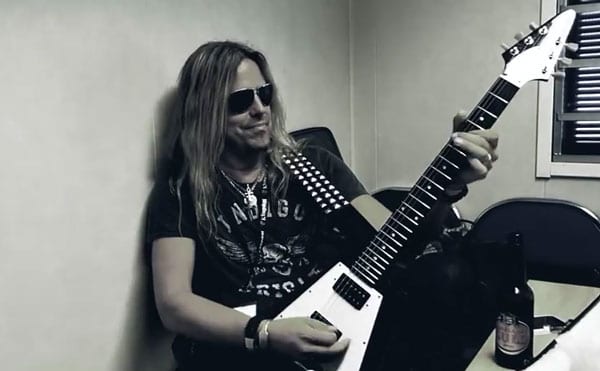 Rockpages.gr: “A New World Arise”. What’s that “new world” for you and is there any special meaning behind the title?

Michael Larsson: The more I worked on the album the more it felt like this dropped B anthem-like song will be the title track as well. Guess the song and the title reflects what no one could have missed out as this world has gone mad and what we should have learned from history seem to be worth nothing or at least is forgotten. It’s a world where leaders play some sort of game and instead of bring peace they bring fear and war and where terror have made us more insecure and scared. This is not the world as we know it and guess we all need a brand-new start. 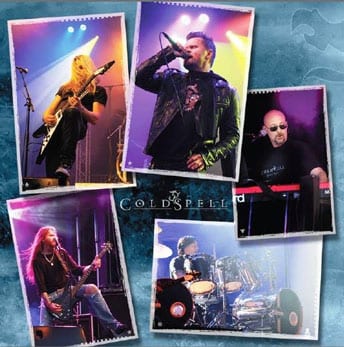 Rockpages.gr: You picked “Call Of The Wild” as the first single of the album. Do you think that it captures the essence of the new record?

Michael Larsson: We actually talked about a few other songs as well but you gotta decide and have one and I think it’s a song that have the ColdSpell ingredients and like you say – captures the essence.

Rockpages.gr: Your first three albums surely established you as a band to be reckoned with. Do you think that “A New World Arise” is a superior sonic effort or just a natural follow-up to the three predecessors?

Michael Larsson: Many thanks, makes me glad to hear. No, I don’t think it’s a better album than the earlier ones and I don’t think this new album would have been what it is if it wasn’t for the earlier releases that guided the way. For me every album tells its own story and I hope “A New World Arise” will be accepted as the natural follow – up. There ́s always a lot of emotions in the songwriting but maybe this album does mean even more to me as I almost didn’t make it after that snowmobile accident last year. So, I ́m happy to be alive and be able to release this album. 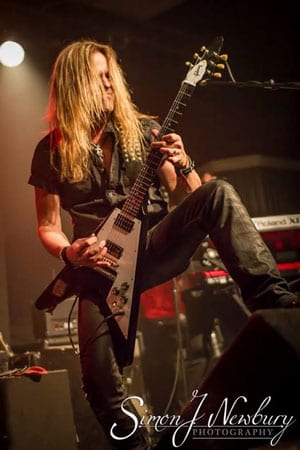 Rockpages.gr: What’s going on in Scandinavia and the melodic hard rock/metal sound? H.E.A.T., Eclipse, Crazy Lixx just to name a few…is it the water or something? By the way all of the aforementioned bands have come up with new albums. Have you listened to them and if yes what did you think of them?

Michael Larsson: To be honest, when you write music all the time you don’t manage to keep up with all the great releases, but I do my best. Yeah, it’s a lot of great bands coming from little Sweden and I believe there are many explanations for that. I do believe there’s a very strong hard rock tradition here and maybe we are more competitive than others. Everyone wants to be the best so all we do is play and practice . I heard the latest Eclipse and H.E.A.T. and I think its 2 great bands, 2 great albums with 2 different kinds of melodic hard rock just as we seem to do our own thing.

Rockpages.gr: How do you see the current scene of melodic metal genre?

Michael Larsson: To consider that someone once said that hardrock/metal will die and won’t be around forever, that one seems to be all wrong cause I do think that the genre of hardrock/metal seems to be bigger than ever. Maybe some of the arena bands are gone but I mean, look at the number of great bands out there!

Rockpages.gr: I am intrigued by your home base in Sweden. I knew of Kiruna from some readings that I had done in University about some Space Research Programs or something like that. How are things in that remote part of the world?

Michael Larsson: Wish I could tell you more about that but I’m not that up to date with that. We have Esrange a few miles outside of Kiruna and where they do this rocket thing and I do know that there’s people from all around the world that come there for this space thing. I know that there were plans to build a spaceport here for spacetravel but that seem to be delayed. Otherwise we have a huge iron mine and the world famous Icehotel here and it gathers tourists from all over the world.

Rockpages.gr: You are about to visit for the very first time Greece. What’s your expectations and what have you heard of the Greek metal fans?

Michael Larsson: I have been to Greece a huge number of times but only as a tourist so to be able to come there to Athens with ColdSpell do feel very special. I’m more curious about what expectations Greece have on us. I know we had since the first album a lot of positive feedback from Greece, from radio, magazines and fans. Said already after the first album that Greece is a must for us to visit and to bring ColdSpell to Athens feels truly amazing especially as I heard that Greek metal fans are true to the genre.