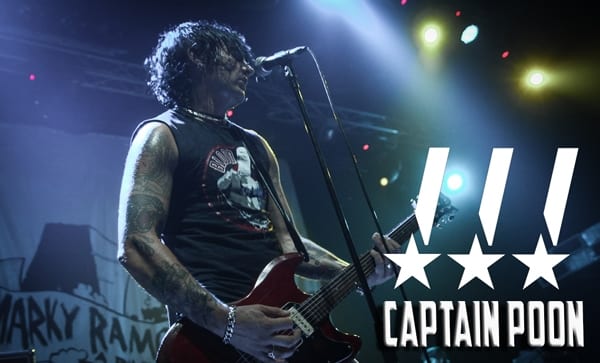 The news that the ex-Gluecifer guitarist was going to be in Athens as a member of Marky Ramone’s Blitzkrieg was enough to make the waiting for this show unbearable. Rockpages.gr managed to do a video interview just a few hours before the show at the hotel’s roof garden with the Acropolis on the backdrop. Captain Poon is loosened up and feels at ease with his leather jacket on despite the post-summer heat (the interview was filmed in September) that the rain that had just stopped didn’t manage to cool off.