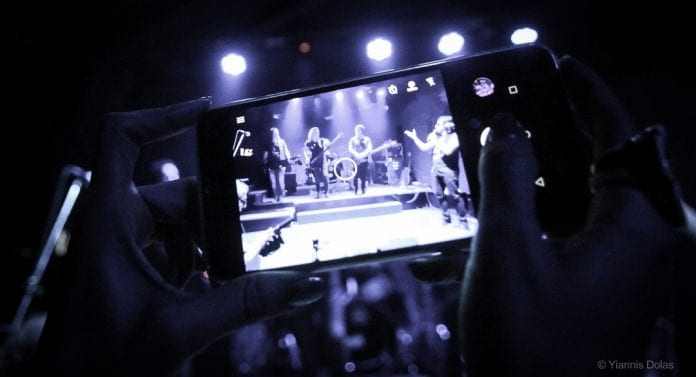 I got to Modu club last Friday night knowing that I was terribly late and that I missed Ganzi Gun who opened for DangerAngel and hoping that their show wasn’t going to end soon. 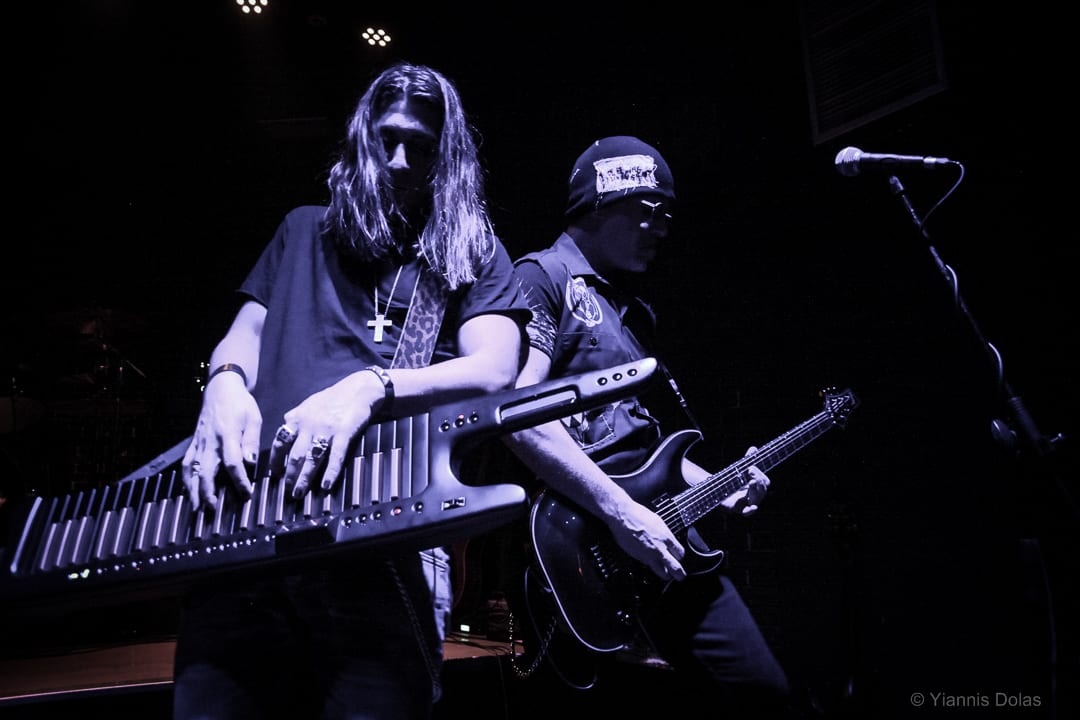 BJ had already grabbed the acoustic guitar and the band launced “All The King’s Horses” the new album’s, that was just released, title track. It’s rather clear that having heard the album you can appreciate better the new material and the band’s performance of it on stage. That was not the case last time at Crow club in May, when we just got there to check out the new singer. I don’t know how long it will take for “All The King’s Horses” to replace “Revolutia” in my mind, it may never, but that doesn’t mean that it’s not a great album, which is fun to listen to. 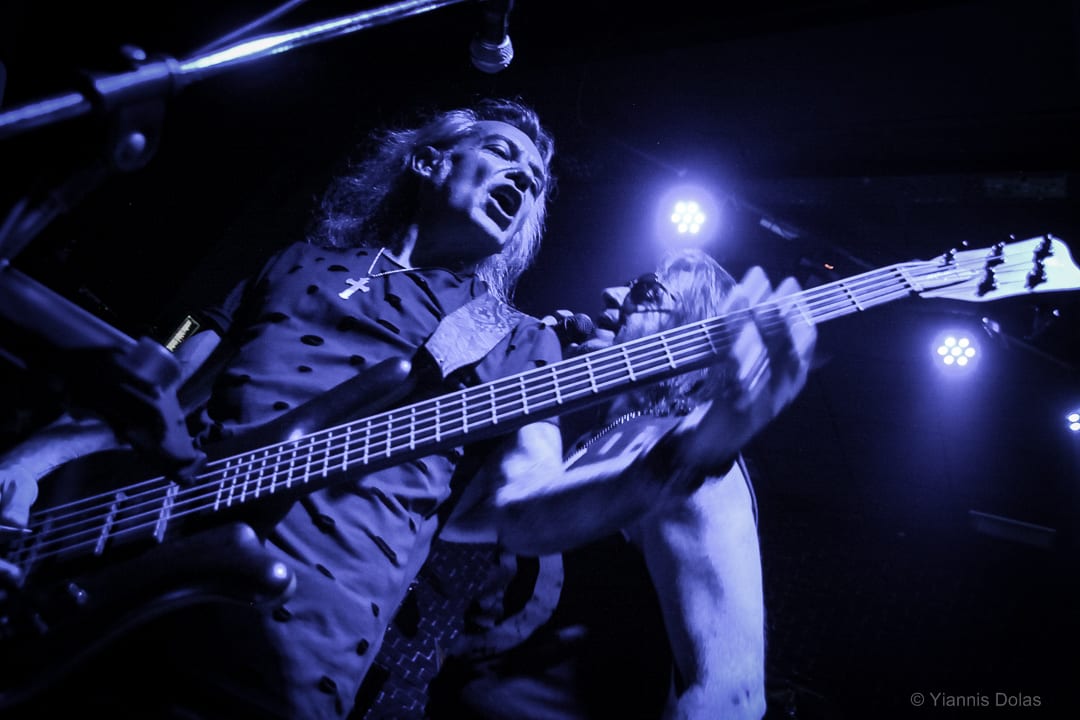 Unfortunately, I missed some of the new songs that were played in the beginning. At least I got to listen to some of them, Devil’s Waltz”, “Call My Name”, “Dia De Los Muertos”, “How About Right Now”  the and the title track in order to come up with the conclusion that the boys sound tighter and that the new songs are even better played live. Ethan and George’s contribution is huge since their technique and performance is flawless. At the same time the stage’s corners are crammed with laptops, tablets and all sorts of gadgets that help the band reproduce their sound with ease. Talking about ease that’s something that BJ seems to be at thanks to his prior experience in other bands and projects. The Brazilian feels like a full member of the group by now as he is joking and teasing his bandmates. 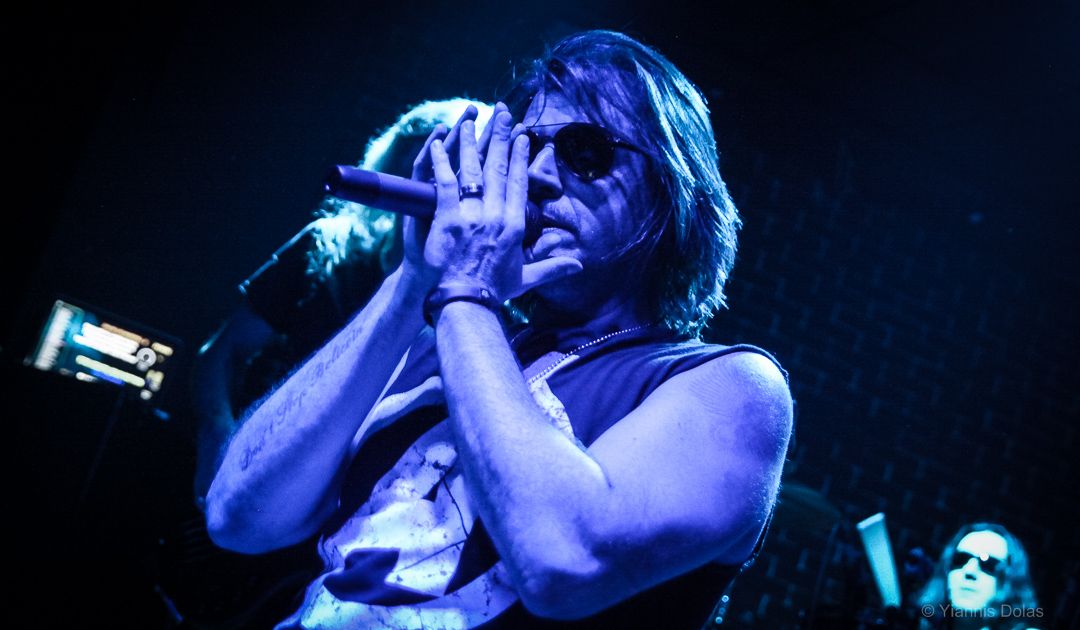 The band choses to play the usual cover of “Anytime, Anywhere”, originally by Gotthard and a new one… “Somebody Told Me”, by the Killers! Now, I know that this might look a bit weird on your computer screen but the audience as well as the band seemed to enjoy it, so we’ll pass! 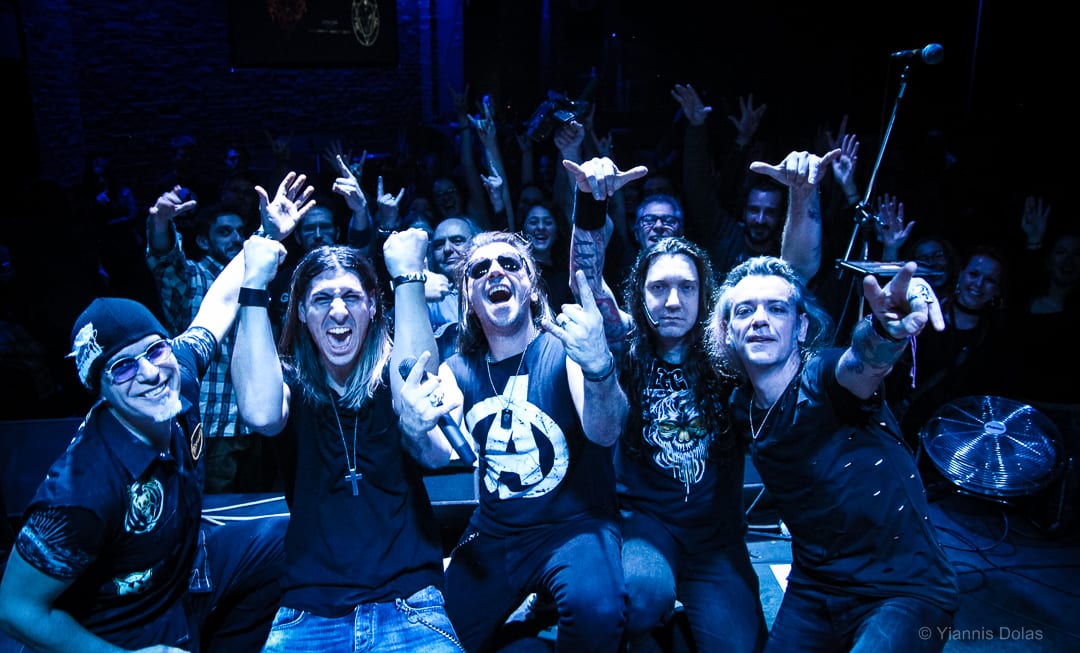 DangerAngel concluded the show with two more songs from “Revolutia”, the album that signaled the total recall in their musical style and identity. On “Don’t Die Young” and “Not An Angel” BJ is great giving his heart and soul to the songs of his predecessor, putting his mark and once more proving that he was the ideal choice for DangerAngel’s mic. With a frontman of his caliber and by maintaining a very high level in the quality of work in their third album the Greek band should have a chance to extend its vision beyond its home country’s borders. We wish they do so!

Dead In The Water, Who You Are, To Kill A Saint, Decadence, Will You Follow, Cochiese, All The King’s Horses, Devil’s Waltz, Call My Name, Dia De Los Muertos, How About Right Now, Anytime Anywhere, Somebody Told Me, Don’t Die Young, Not An Angel