Dare is about to make its virgin trip to Greece for a much anticipated show in downtown Athens. So, we figured that his would be an ideal chance to track down the band’s mastermind, Darren Wharton for a quite enjoyable –as you will read below- interview. Dare’s new album, Thin Lizzy, Greek folk music and football were only a few of the subjects that we covered. Interview: Sakis Nikas

Rockpages.gr: Darren, you released recently your ninth studio album called “Sacred Ground”. What can you tell us about it and what’s a sacred ground for you personally (if there is any…)? 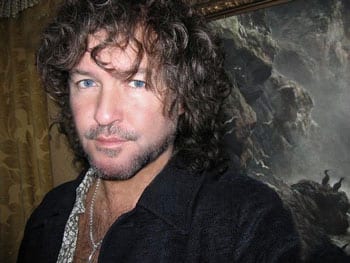 Darren Wharton: In our hearts we all have a Sacred Ground, I wanted this album to be personal to everyone. We all have a special place, and special people we love, our own beliefs and our own unique journey. I wanted the new album to reach out to everyone because even though we are all different we all share one quality; that space, that feeling inside which is our own personal Sacred Ground, the place we like to be. That was the idea behind the title, where we all find our inner Strength…and motivation, where we belong.

Rockpages.gr: Dare will always be considered a European hard rock band. You kicked off your career in the mid-80s (when hard rock music was at an all-time commercial high) but you didn’t break into the American market which was crucial for a band back then. In hindsight, what was the reason behind this commercial failure?

Darren Wharton: I absolutely DO NOT think DARE as a commercial failure, we have sold hundreds of thousands of CD’s and downloads Worldwide,  and Sacred Ground has just been Number #1 in four countries on Amazon.  Our fans are the most loyal and passionate. To have someone love your music is very rewarding as a writer, and I’m very proud of what Dare has achieved. OK we may not have achieved the commercial success of Thin Lizzy, or U2, but what we have with our DARE fans is very special. And I am very proud and happy to be here in 2017 still selling records and performing live. 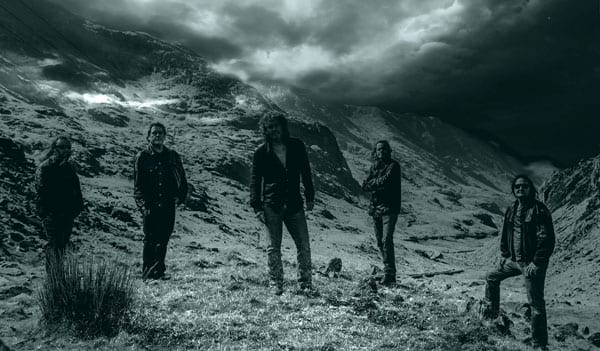 Rockpages.gr: I always believed that Dare hugely benefited –at least you were massively recognized in Europe- when you supported Europe (the band) in their “Out of this World Tour”. Do you agree and what do you remember from that tour?

Darren Wharton: The Europe tour was certainly a great time which we will never forget, but more importantly it introduced us to some great friends and fans that have been with DARE and supported DARE ever since. I guess you can say it was baptism of fire. Not many new bands have the opportunity to play so many big shows, but the best thing is that we established DARE and ourselves to a lot of people, who still follow DARE today.

Rockpages.gr: How did it feel to be playing in Thin Lizzy in the tender age of 17?

Darren Wharton: I was just 17 when I joined Thin Lizzy and it was a fantastic experience. It was just as they were finishing off recording “Chinatown” and the whole band took me under their wing. I had 5 great years with the band and enjoyed every minute. I lived with Phil Lynott and his family in London and their private home in Dublin. I will always cherish the memories. Having the privilege of writing songs with Phillip and the band gave me a great insight on how to stay true to yourself and the importance of dedication. 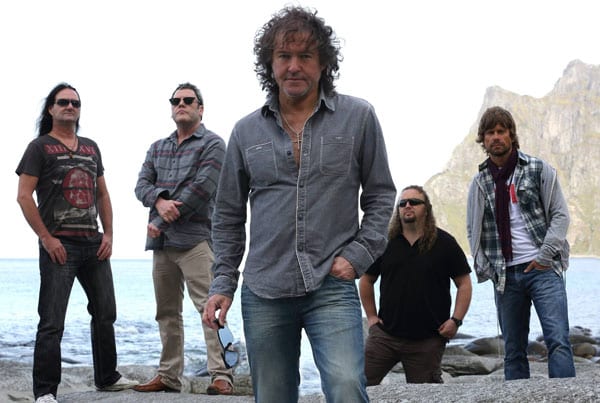 Rockpages.gr: We have read and heard lots of stories of the late Phil Lynott but is there one that sticks out in your mind? Maybe, an untold story from Phil Lynott…?

Darren Wharton: Only that Philip was a great guy. But looking back it seems hard to believe he was only 36 when he died. I always looked up to Phil, he had respect for his fellow members and looking back now, you realize what a genius he was.

Rockpages.gr: There is a slight criticism over the fact that in the last few years, you use less hard rock elements and more Celtic sounds in your songs. Do you agree and if yes, what’s your comment?

Darren Wharton: No I don’t agree really. The album “Belief”, is all about being true to yourself, and writing the music that feels right inside your heart. There were a lot of Celtic influences in Thin Lizzy, so I’m always surprised when people ask me why there are Celtic influences in DARE?. I live in Wales, I lived in Ireland, so Celtic me is inbred. I think the diversity in DARE’s sound is what makes us unique. I also made a decision a long time ago to write songs that I love, and not try to write songs that will please a particular type of audience or Rock press. “Blood From Stone” was written to please the Rock Press of the world, but personally for me this was a mistake. I’m very proud of that album, but we should have stuck to our guns musically…and not try and jump on the ‘Heavy Metal’ band wagon. 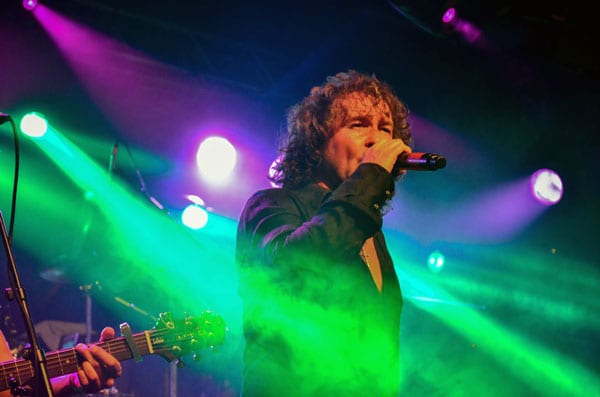 Rockpages.gr: I always thought that you were a more progressive than a pure hard rock keyboard player. Personally, it wouldn’t come as a surprise if I learned that you are a big Genesis fan (at least, that’s my perception of your playing). Which were your musical influences as a teenager?

Darren Wharton: Good guess!!!! I love Genesis. Also use to love Steely Dan, Pink Floyd, but I guess I really got into Rock while playing with Lizzy. I studied piano classically when I was very young, so I guess my style of writing come from the Rock of Lizzy, the atmosphere of Pink Floyd, and my love of classical music….Mix that all together in my soul and you get DARE.

Rockpages.gr: This will be your first ever visit in Greece. Being a band that was never afraid of incorporating folk/Celtic elements in your music, would you ever consider attempting such an experiment by drawing elements from the Greek folk tradition?

Darren Wharton: (laughs) Well I love Greek music, but I don’t think it would be the right thing for me to do. I’m sure there are many brilliant Greek musicians that would do that far better than me. But yes I love your folk music, it’s awesome.

Rockpages.gr: You were born and raised in Manchester. The real question is: are you a supporter of Manchester City or Manchester United?

Darren Wharton: Well to be honest I used to play a lot of football, but I haven’t followed football for many years. I think there is far too much injustice in the game these days. I can’t stand it when biased decisions are made. For me, there should be video referees. That would put an end to all the diving, poor referee…don’t get me started (laughs)

Rockpages.gr: Your message to the Greek fans…

Darren Wharton: Really looking forward to seeing all our Facebook friends and fans in your beautiful country. It’s going to be a blast. 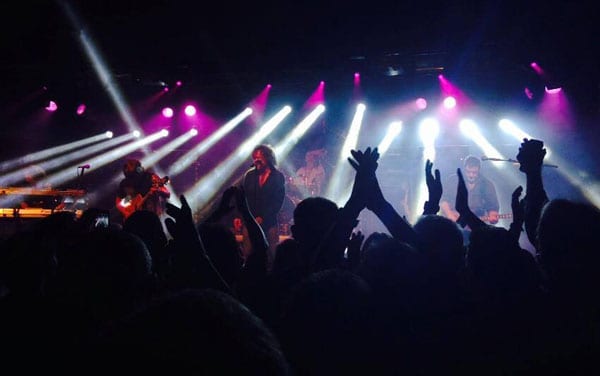