Dark Tranquility kept their promise and returned to Greece for two shows, as the bond the band shares with the Greek crowd is something special. So the 100th stop in the World Construct tour would be the show at Gagarin 205, in front of an almost (?) sold out crowd.

The night started with the Greek band Wings in Motion who really heated-up the crowd. They played songs from their first album entitled “Cyclicity”. The six members of the group are excellent musicians that are technically gifted, and with the good sound at their side, they presented their modern, progressive metal songs. The band was really tight on stage and showed almost zero stage fright. Their riffs were really melodic and the usage of clean and both heavy and high pitched growls was really nice. Special mention must be made to the rhythm section. Both the bassist and the drummer showed excellent technical prowess that really highlighted the compositions. 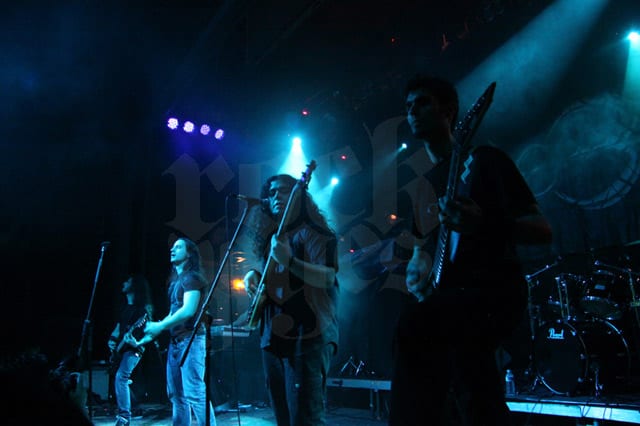 Next the stage was set for the more experienced black metallers W.E.B. who really kicked it up a notch with their dark sound and imposing theatrical presence. The band played songs mostly from their albums and the crowd really cheered and encouraged them at every chance they got. Their front-man, Sakis not only has a great voice, but he also knows how to communicate with the crowd and lift their spirits up. They closed their set with a cover of the song “Anubis” from the album Communion honoring a band that they have played with in the “The Great Mass French Tour 2011” and has been a great influence to them. 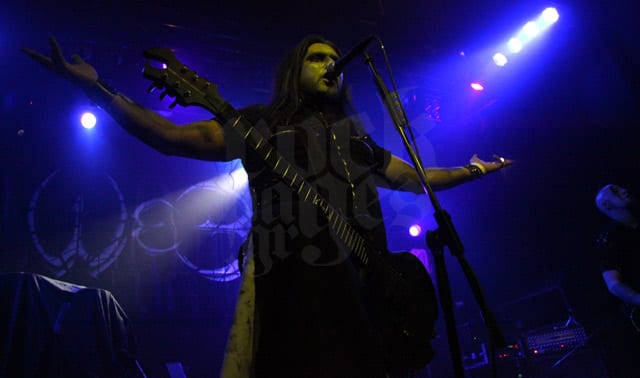 It was 10.30 and everything was ready for the nth show of Dark Tranquility in Athens. The place was full with an energetic and anxiously awaiting crowd. The first notes of “The science of Noise” hit and the five members of the band hit the stage with Mikael Stanne being as energetic as ever and in constant motion. Behind the scene a video wall was present showing all sorts of visualizations throughout the night something that really elevated the quality of the whole show.

The sound was a bit low, and at some points the drums covered everything especially the vocals, but not to a point that would ruin the show. The energy that this band has and shares with the Greek crowd is something really unique and it’s really hard to put to paper. 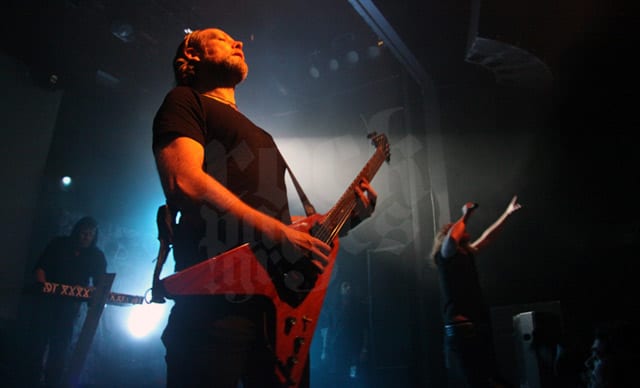 As logic suggests, the set had lots of songs from their latest album “Construct” that the crowd really embraced. Of course the biggest crowd reaction was to the older and more “classic” songs like “Monochromatic Stains”, “The wonders at Your Feet”, “ThereIn” and “Misery’s Crown” where Stanne dived off stage to the crowd. 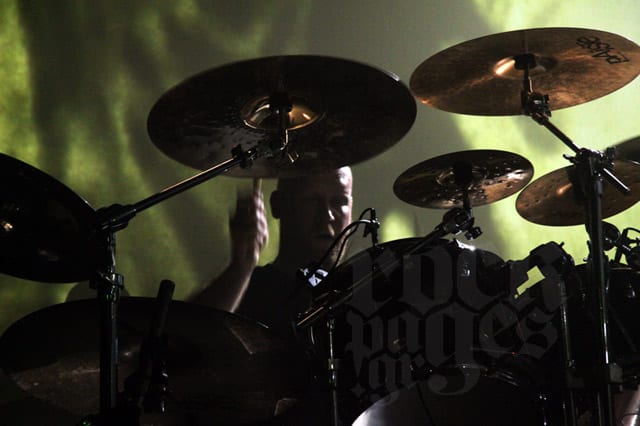 Once again the Swedes gave one hell of a show, as they have in their previous shows in Greece. Kudos to the organizers for keeping the schedule and finishing the concert right on time for everyone to catch the public transportation. And as they said before they closed there set, it is not a goodbye… it is a see you soon.

Setlist: The Science of Noise, White Noise/Black Silence, Monochromatic Stains, Lost to Apathy, The Fatalist, The Silence in Between, Zero Distance, The Wonders at Your Feet,      The Mundane and the Magic, Punish My Heaven, What Only You Know, Terminus (Where Death Is Most Alive), Iridium, State of Trust, ThereIn, Final Resistance, Encore:Lethe,      Endtime Hearts,  Misery’s Crown 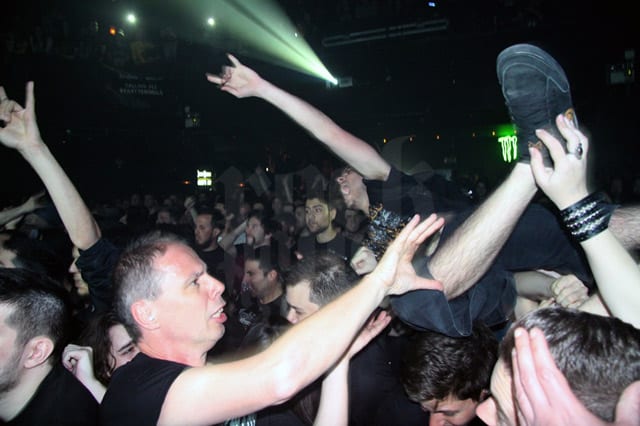