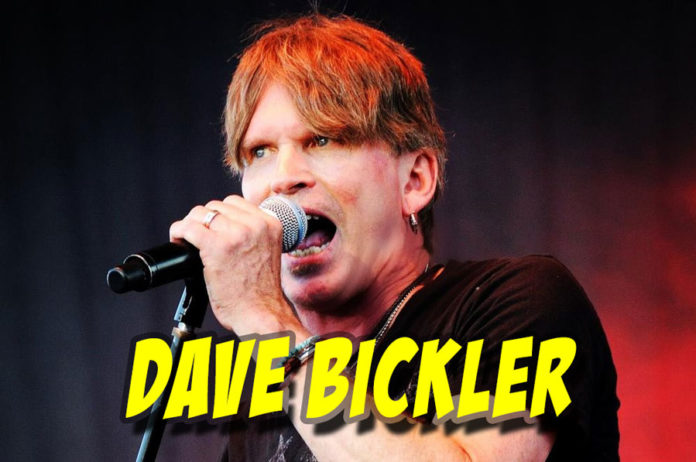 A couple of days before Dave Bickler’s show in Herodium Theatre in Athens, we had the chance of meeting him and having a great conversation regarding Survivor, his solo career and the upcoming album, Sylvester Stallone and of course…Eye of the Tiger!

Rockpages.gr: Dave, is it surprising for you to see young children covering songs from the 70s and 80s? YouTube is full of various such videos…

Dave Bickler: Well yeah…it’s a little bit surprising but there was so much music made in that time period starting in the 60s that it still holds up you know…every generation has its own music but a lot of young people listen to classic rock even 90s rock.

Rockpages.gr: When you were growing up, which was your favorite band?

Dave Bickler: The Beatles. I was literally 11 years old and my dad was watching Ed Sullivan show. There were on the radio of course…leaped out from a tiny transistor stereo but when I saw them on TV it was like thunderbolt. I know that everybody says the same thing about that show but it’s true. I remember my father saying: “what the hell is this” (laughs)? This isn’t music!

Rockpages.gr: He didn’t get it…

Dave Bickler: No, he didn’t get it!

Rockpages.gr: So, how does it feel to be for the very first time in Greece?

Dave Bickler: Spectacular really…there is a certain vibe here that it feels very energetic. Of course all the history of Greece is amazing…

Rockpages.gr: Tell us a few things about the show with the orchestra. I know that you had done it before a couple of times…

Dave Bickler: Well, it’s great. It seems that rock n’ roll blends really well with that (classical) format. It’s kinda orchestral in a way and it fits right away.

Rockpages.gr: Are you gonna do only the Survivor hits or are you perform some cover songs, too?

Dave Bickler: It will be mostly Survivor and one song from my solo album. Then we are gonna sing together (with Joe Lynn Turner) a Rolling Stones song, “Paint It Black”…because you know as a tribute to Charlie Watts. A really underrated drummer…some people think that he was just keeping time but if you really listen to what he was playing…it was pretty amazing stuff.

Rockpages.gr: Isn’t it strange that Charlie was the drummer of Rolling Stones for almost 60 years and everybody’s saying the same thing…that he was an underrated drummer?

Dave Bickler: Yeah…because it seems so effortless! Like in “Honky Tonk Women”…you think that it’s easy but try doing it yourself and you’ll see how hard it is. It takes some time to get there and play like that. Nowadays drummers play with click tracks a lot and they are pretty good at it but I don’t think that the Stones ever used a click track on one of their songs.

Rockpages.gr: You mentioned earlier your solo album “Darklight”. You know what I loved about that record…? You didn’t try to recapture the trademark Survivor sound…well, obviously there’s the voice that connects with the past…but apart from that, it’s a modern AOR album…

Dave Bickler: I appreciate that. The last thing that I wanted to do was to recreate a Survivor album. I wanted to make a record on my own. Having said that, there are a few similar things in there…you know, pop-rock tunes…

Rockpages.gr: What took you so long? Everybody asks that…

Dave Bickler: (laughs) I was working a lot for a very long time. The thing is that I had some trouble finding the right people to bring it home, you know…and when I found them I knew that I had made the right choice. Like with Stephen DeAcutis who produced the album but also played guitar on it. It was really great having a producer who can play guitar, too, because if he needed anything he could add it. I think that’s my answer to your question (laughs)!

Rockpages.gr: Should we expect another record?

Dave Bickler: Oh yeah. I’ve got about 30 songs and at the moment I am working to see which ones I’m gonna finish.

Dave Bickler: I don’t want to predict but…yeah, I think so. Maybe, an EP first…three songs or something. It will be a part of the new album but maybe an EP will come first.

Rockpages.gr: Did it cross your mind to call Jim Peterik and work on some songs together once again?

Dave Bickler: Not really…I wanted to be completely mine. I worked with these guys for a long time and if we worked together again it would change it. There would be disagreements and I don’t want that anymore.

Rockpages.gr: So, the new record will be in the same direction as “Darklight”?

Dave Bickler: Yeah, I hope it will be more fresh…some of the songs are really interesting.

Rockpages.gr: When someone mentions your name, the two first things that come to one’s mind are: a) Eye of the Tiger and b) the guy with the beret. Was it your idea to wear the beret?

Dave Bickler: Yeah, totally. It was like a style, something to wear on stage.

Rockpages.gr: Of course, the video of “Eye of the Tiger” helped a lot…what do you remember from that day or more specifically from that night of the video-shooting?

Dave Bickler: Yeah, it was in the early days of MTV and by today’s standards it was a pretty low-budget video but it has a certain cool feel. We shot it in San Francisco…I remember it well…we went to a Thai restaurant. You gotta be careful when you are going to a Thai restaurant, especially if it is an authentic one…I remember taking a bite on one thing and I swear it was so hot, man…I couldn’t eat it!

Rockpages.gr: Was it a long night?

Dave Bickler: For some reason, I can’t remember the director’s name…I am sure we can look it up online. It was his idea…the whole video story.

Rockpages.gr: Were you surprised…?

Dave Bickler: I am surprised that almost 2 billion people have watched it (laughs)!

Rockpages.gr: Did you have the chance to meet Sylvester Stallone?

Dave Bickler: Oh yeah. We recorded the song and he liked it. It was very close to the production deadline and he wanted to come down and link the song to the movie. We booked a studio, listen to the song, talked about the movie…he was really funny, charming guy.

Rockpages.gr: Are you a fan of his acting?

Rockpages.gr: So is it safe to say that Rocky III is your favorite from the brand?

Dave Bickler: It kinda is because I am involved with this but I think it was cool that he wanted to freshen it up…it was amazing having Bill Conti on the first two films but it was cool that he wanted a rock band. I think it was a smart thing to do. I remember going to the theater to watch the film when it came out and after the song everybody stood up and clapped…it was amazing! I remember thinking that this would be the most incredible promotional vehicle of all time. I could see that coming.

Rockpages.gr: I am a big fan of “Caught in the Game”. Any explanation why that album didn’t have the impact of “Eye of the Tiger”?

Dave Bickler: I don’t really know for sure. It was our fourth record but the truth is that it’s kinda hard to follow an album like “Eye of the Tiger”. I also like “Caught in the Game” but for some reason it didn’t make it.

Rockpages.gr: We did an interview with Jim Peterik a while ago and it he said that maybe the band didn’t handle well the whole situation with your vocal surgery back in the day…

Dave Bickler: Yeah…we were in the middle of this huge tour with REO Speedwagon and we were promoting “Caught In The Game”…then I had to do undergo an operation on my vocal chords. So we stopped the tour, did the surgery and then two weeks later I was back on the road which it’s not recommended. It put me under a lot of pressure. So yeah…it got pretty rough.

Rockpages.gr: Did you reconcile with the guys?

Dave Bickler: Yeah…I went back in, you know.

Rockpages.gr: You are an integral part of the rich Survivor legacy. Are you happy with how Frankie (Sullivan) handled the whole thing?

Dave Bickler: I am sad to see…well, it’s sad to see only Frankie from the original band. It’s not the greatest thing but I am happy to be doing what I am doing really. It gives me a lot of freedom. I like to make the decisions all by myself.

Rockpages.gr: You’ve been around for a long time…you have seen a lot of things. Do you think, in 2021, classic rock is alive and well?

Dave Bickler: I do! I think that the pandemic has something to do with it. This stuff…classic rock still stands the test of time and people appreciate it even more today. Like when Metallica did “Nothing Else Matters” with the San Francisco Symphony Orchestra. I mean…wow!

Rockpages.gr: Do you see yourself writing your autobiography?

Dave Bickler: I don’t know about that (laughs). I guess I thought about it…maybe!

Rockpages.gr: Is it safe to say that the title will be…

Dave Bickler: I don’t know what the title will be…that’s a big decision. I wouldn’t know. Right now, I am concentrating another record.

Rockpages.gr: Which is your all-time favorite record?

Dave Bickler: Boy, that’s a very hard question to answer. I got an i-Pad full of records. I go back and listen to The Beatles’ “Revolver” a lot because it still sounds spectacular. The recording quality is superb.