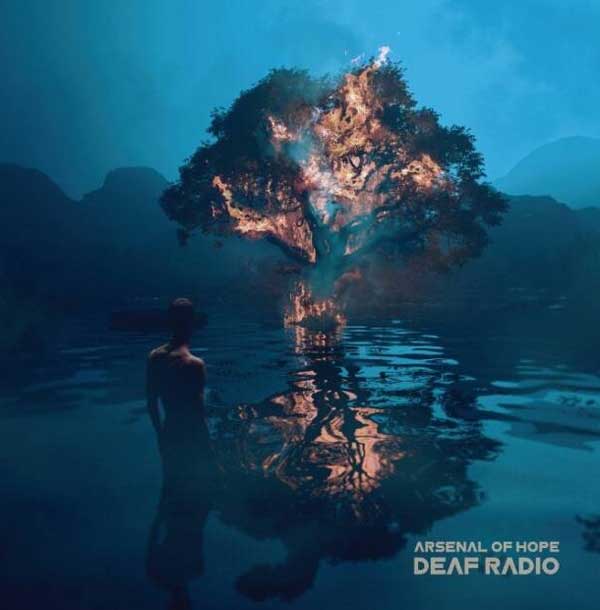 After two great releases (“Alarm” in 2017 and “Modern Panic” in 2019) the Athenian band Deaf Radio is back with their crucial third full length album. This is the album that most probably will consolidate them further in the Greek rock scene that tend to produce non stop new albums in the post-covid era. Due to competition it may seem difficult but Deaf Radio are ready to win the hard challenge. They already proved it with their great live performances this year along with their recent European tour where they presented their new material.

So, since the spring of 2022 we were already familiar with some compositions from the new album since they had them in their setlist, compositions which, not by chance, were the ones that prepared us for the LP as these were the first singles too, the sufficiently up tempo tracks “Model Society” and “Supersonic”.  The first thing someone notices in the new album is that this time they went more into new wave/post punk paths as they have more electronic beats along with several synth layers. Of course, the fuzz guitar is here too, in a short but proper balance that in the end, leaves no one unsatisfied apart those who get allergic with the dance mood due to the rhythm the band choose in several tracks. The sure thing is that Deaf Radio are getting closer to New Order than to some regular classic rock patterns as once more they show a strong desire to experiment and expand their sound. On the other hand, it is also true that when the tempo gets slower the band reaches new highs, something notably on the superb track “Quicksand” (the lyrics are a rough translation on Tasos Livaditis’ poem “This star is for all of us”), definitely my favorite moment on the album and I hope it will be a classic from now on, when they play live along with the usual old suspects (“Astypalea” and ”Backseats”).

The production on the album is superb and manages to highlight the work of each member but I must also mention the beautiful artwork, especially on the vinyl where the cover made by Dimitris Sakkas is really enjoyable. Last but not least, it seems that apart from the music itself, the consecutive lockdowns the last two years affected the lyrics on the album too bringing on the surface a grey melancholy along with some anger since all the nice things that took place on the society mirrored also on the inner world for many people but the later, at the same time, gave us the opportunity to change and reschedule the priorities (but guess what, hope is also present and not only on the title of this great album…)