One of the most important bassists in heavy metal, Steve DiGiorgio of Death, Testaments, Sadus etc talks to Rockpages.gr about Death DTA who visit Greece playing the music of the beloved band. How did the progect come up, what they are going to play, memories and anecdotes from Steve who loves Greece. Interview: Kostas Kounadinis 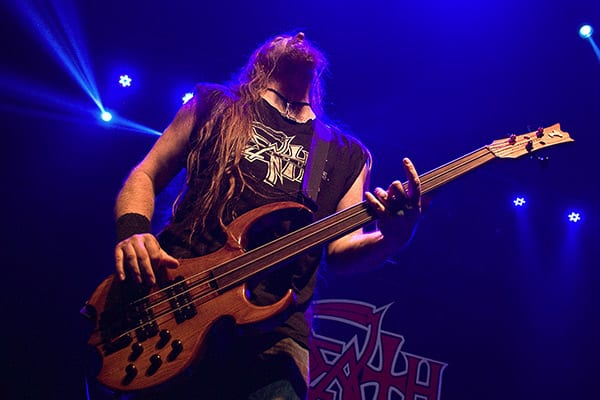 Rockpages.gr: How did this whole Death (DTA Tours) project come to life? Where other musicians contacted too before the final line-up?

Steve DiGiorgio: I believe the concept came from Gene Hoglan and possibly Sean Reinert playing Death material for drum clinics. The Sick Drummer guy had an idea to put together a line-up with as many members from the band’s history. I was contacted among many and it started out as a 5 concert tour in the U.S.A. Since then we ’ve had different line-ups for different territories. But lately we ’ve settled on the guys that we have now and it has been working very well.

Rockpages.gr: What do you have to say to those who disagree with the whole concept of musicians touring and playing Chuck’s music?

Steve DiGiorgio: Nothing really. It’s just a show, don’t go if you don’t think you ’ll like it. Who would disagree with us playing the songs we ’ve played before? It’s not really up to anyone else’s opinion, we ’re doing it to honor our friend and have a chance to jam with each other again. I was one of Chuck’s closest friends and I ’m totally sure he would be fine with how we ’re bringing his songs back to life. We ’ve been doing this tribute show for almost 4 years now and the amount of dedicated fans that fill the rooms to the back walls and stay until the last notes are the only voices I need to hear. 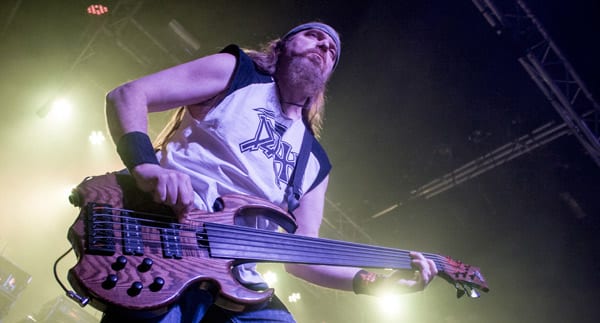 Rockpages.gr: What are your memories from Chuck? You toured and recorded with him for several years. Do you have an interesting story to share with us?

Steve DiGiorgio: Yes, that’s true. We first became friends back when he released the “Mutilation” Demo in 1986. One sad but kinda funny story is when him and 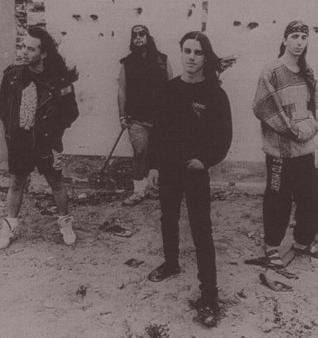 Chris received the test pressing vinyl for “Scream Bloody Gore”. It had arrived so badly warped that we held a hair dryer to it with the hot air trying to make it soft and stacked some books and speakers on that poor vinyl record. We never got it flat again and trying to play it on the record player it would throw off the needle it was so bad. Usually in the studio in Florida we would go out for hot wings everyday, and on tour we would always search out record stores in each city that we visited.

Rockpages.gr: What should the Greek audience expect from the Death (DTA Tours) experience?

Steve DiGiorgio: We ’re preparing a set that includes songs from ALL the Death albums. We might shift some of the focus to the album “Individual Thought Patterns” with a couple more than usual. We ’ve had the “Symbolic” release anniversary, and we ’ve had the “Human” revisited shows. So I think with the effort to play those highlighted songs we will always try and spread out songs from all albums. It should be a great 105 minutes of nostalgia from musicians that really enjoy playing on the same stage and enjoy breathing new life into these old songs. It will be just a night of celebration of everyone’s favorite Death and a chance for us to meet many of you!

Rockpages.gr: You have visited Greece with Sadus and Testament. What are your thoughts on the Greek audience? You have also participated in the Greek Mythodea project. What do you have to say about the Greek metal scene?

Steve DiGiorgio: I love Greece. The culture, the food, the music, the people… I am very much looking forward to coming back after so many years. My memories from there are amazing, and I ’m ready to make new ones! The Mythodea album is one of my all time favorites, we have some new stuff coming this year too. I ’m really interested in what the Greek audience has to say, and I ’m happy to be putting down more roots in Hellas..!!

Rockpages.gr: You have played and recorded for several bands and musicians. Could you choose a favorite and least favorite? And why?

Steve DiGiorgio: That’s not easy to answer…Some are favorite for one reason or another without anything really being that bad. It would be convenient to say that Death was some of my favorite recordings, but it is indeed true. I wouldn’t be much without those experiences first. Chuck was not only a great friend but had an extremely open mind towards music and really pushed me to explore things more than I would have on my own. Nothing really in the least favorite category fortunately, maybe one not so rewarding experience a few years ago, but I ’m sure he’s not coming down to the show in Athens. 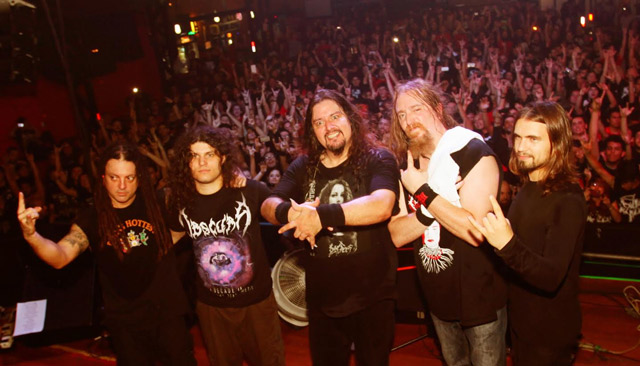