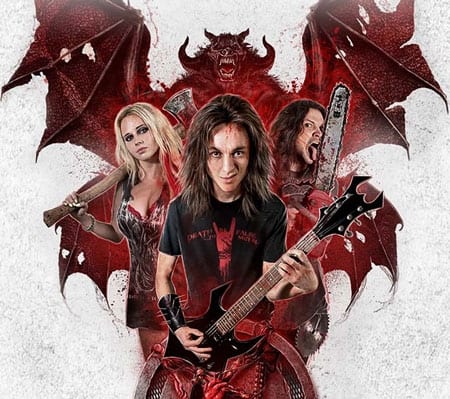 The movie “Deathgasm” makes its debut on selected movie thaters in the States, as well as Video on demand this Friday, October 2nd.

It’s a horror comedy where “after starting their own band, Brodie and Zakk’s resentment of the suburban wasteland leads them to a mysterious piece of sheet music said to grant Ultimate Power to whoever plays it. But the music also summons an ancient evil entity known as Aeloth The Blind One, who threatens to tear apart existence itself. Their classmates and family become inhabited by demonic forces, tearing out their own eyes and turning into psychotic murderers”. The film has already been selected for film festivals, while review from the press has been triumphant.