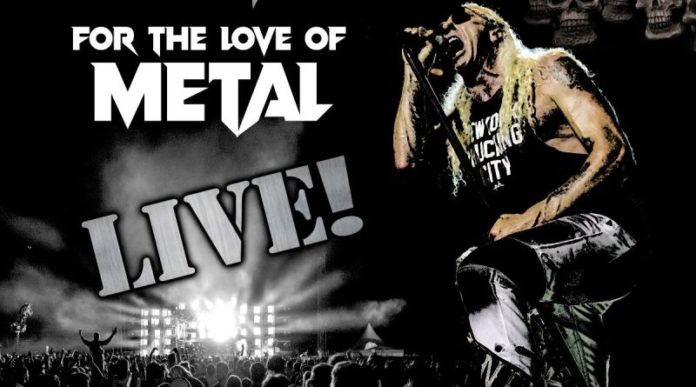 There are a few yet undeniable and undisputed constants in the music business; constants that transcend the limited boundaries of one’s musical tastes. One such constant is that Dee Snider is a charismatic frontman; an imposing figure on stage that takes you by storm with his explosive presence. His recording comeback in heavy metal with the appropriately titled “For The Love Of Metal” album a couple of years ago is now supplemented with its live companion and the result is once again impressive.

The tracklist includes of course the biggest Twisted Sister hits plus some of the coolest highlights of the aforementioned Snider record. The amazing aspect of “For The Love Of Metal Live!” is the fact that it makes you wanna headbang right from the opening notes of the first song as Dee carries the heavy metal flag all along. The band is doing a tremendous job –although, truth be told here it plays a secondary role due to Snider’s majestic presence- and the production is clear and pompous as hell. Of special reference is the addition of “Ready To Fall” of the criminally underrated second Widowmaker album plus the new song “Prove Me Wrong” which continues on the same path as “For The Love Of Metal”.

All in all, “For The Love Of Metal Live!” is one of those rare cases of live recordings that takes you right in the heart of the show. It was a thing of the past and something that misses in the recent years. And this is something to be reckoned with…

Highlight: Napalm Records has released some good versions of the album. Check them out on the label’s official site.