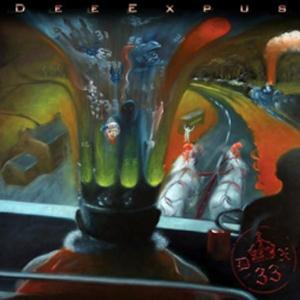 English Progressive Artists’ sophomore album is a real medicine for the ears and the souls of Meaningful Progressive Music fans and lovers and followers. Progressive Rock indeed, filled with music of the new frontier, light years beyond the “wannabe” attempts of certain schemes, playing strange tempos and doing poor “magicals”, aiming to show us they “can do better”. This album fully represents the musical mind-searching of a grand musical bunch, uniquely handling melodies and themes. Piano opens to such a theme, guitars break in, organs fall in tutti and there’s a brand new theme, continuing the saga. Vocals are mild and almost soundtrackical, motif is pointing to bands the likes of Spock’s Beard, Pink Floyd, Porcupine Tree and Marillion; it’s only natural to talk about Marillion, Mark Kelly is playing the keyboards in this album.
There is no better way to narrate the story DeeExpus is unfolding before us; it’s a story after all. Regarding the musical blueprint of the band, it’s simply following the genius of the composers and performing majesty patterns of each of the participating musicians.
Having won the 2009 best new band from Classic Rock Society, being the object of numerous positive Press comments around the world, these splendid fellas create incredible music; they practically give birth to an Epical hybrid of the Progressive musical wave.
Aces across the board!