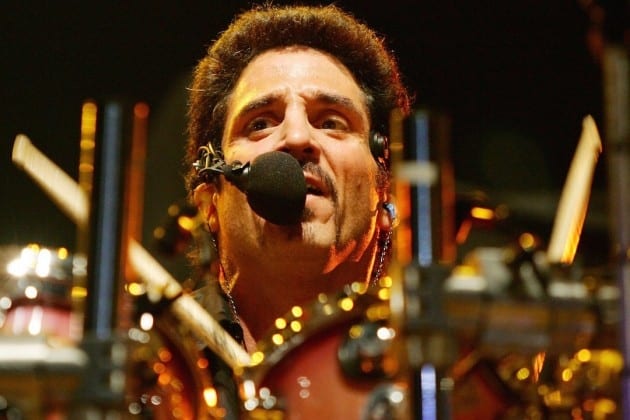 Journey drummer Deen Castronovo has been sentenced to four years probationafter pleading guilty to domestic abuse. Castronovo, who replaced Steve Smith in 1998, was arrested last June after an altercation at his Salem, Ore., home.
The drummer was initially charged with assault, coercion and menacing. Later, the charges were updated to include rape, sexual abuse and unlawful use of a weapon. Castronovo was subsequently arrested again for violating a no-contact order after police say he texted the woman involved in this incident more than 120 times and called her 35 times.
He has also been ordered by a Salem judge to undergo domestic violence and drug counseling. Castronovo risks five years in prison is he violates any of the terms of his sentence.