Unfortunately due to obligations the first band that I saw were the symphonic/gothic Sirenia of Morten Veland. Personally, I consider unfair for a band to play live without a keyboardist when their music is 100% based on keys… 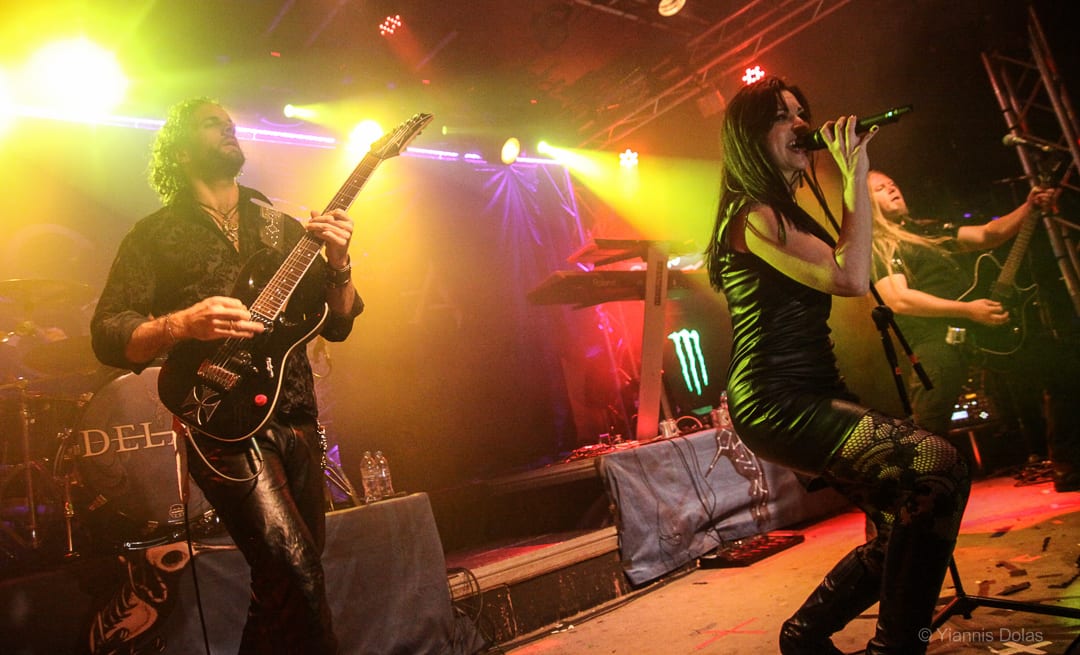 When you go to see a live performance, it’s not fair to hear pre-recorded keys and musicians playing with them. Also there was no bass player… I don’t know why Morten had chosen not to bring musicians to play keyboard and bass. He may play every instrument on their studio albums, but when you go to see a live performance, you want to witness the energy that a band has to offer and the cohesion between the members. The drums’ sound wasn’t the best as they sounded very dry, due to lack of bass. The ‘new’ singer Emmanuelle Zoldan contributes to the band since 2001 at the choirs and not as a lead singer. She was really good to the three songs of their new album “Dim Days Of Dolor”, but something was missing when she sang old songs. Maybe this happened because her voice type has a different compared with the past female singers of the band.  Without doing injustice to her I think that in the future she will be able to offer something different and new to the band.

Setlist:  Serpent, Lost in Life, Dim Days of Dolor, My Destiny Coming to Pass, Cold Caress, Goddess of the Sea, Treasure n’ Treason, Meridian, Ashes to Ashes, My Mind’s Eye, The Other Side, The Path to Decay 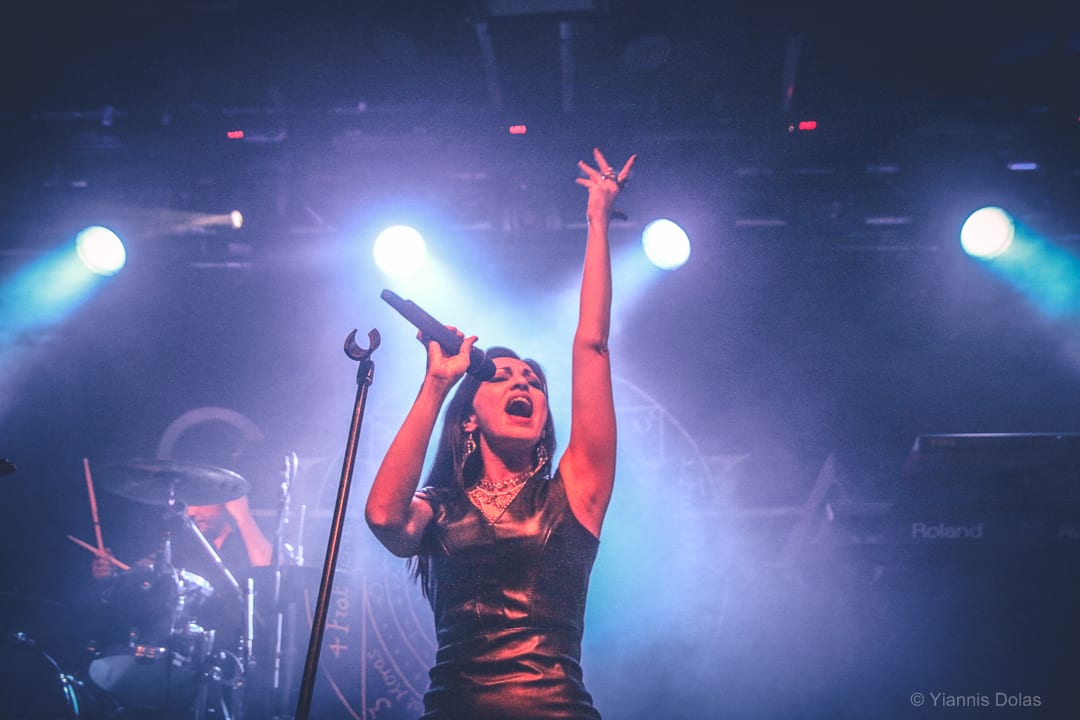 The last band of the night was the symphonic/melodic outfit Delain. They are in an upward trend and the love of the Greek audience for them is big. From the moment they were on stage the audience went crazy. The energy of the band led the audience to sing and dance from beginning to end. The interaction between the band and the crowd made the night magical. 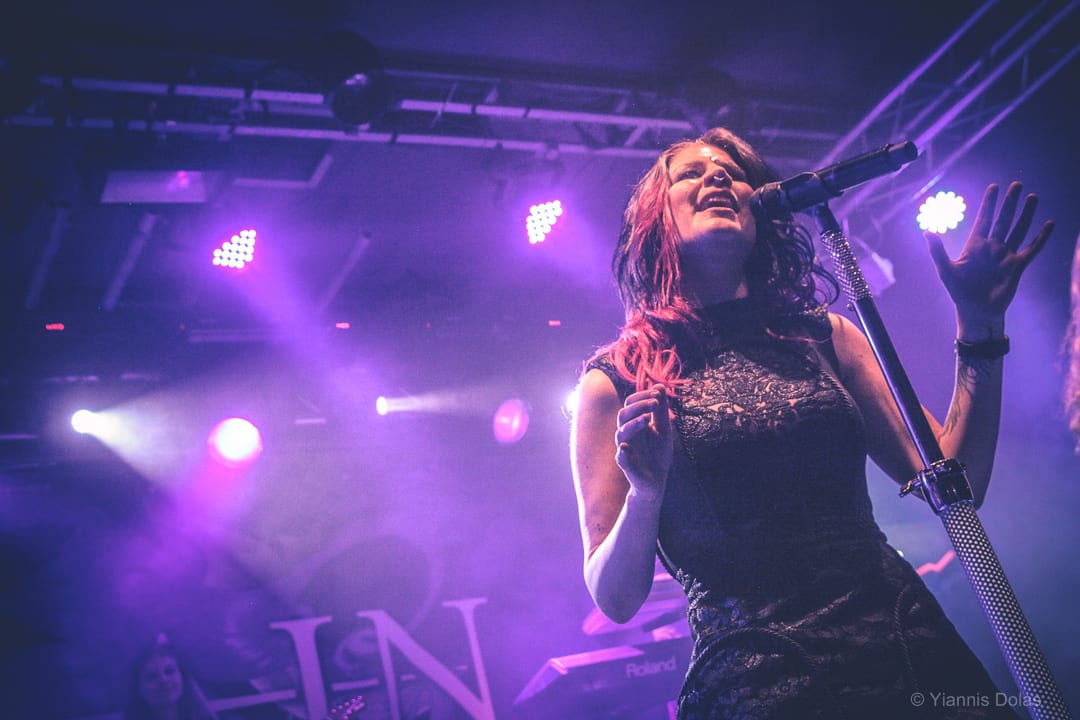 Every time I see a new live performance from Charlotte Wessels she is always better. She sang avoiding mistakes and her presence was impressive. Shortly before the end, her voice sounded a bit tired, but with the energy she had made the audience to take part in each song. Co-founder of the band Martijn Westerholt (ex. Within Temptation) filled the venue with beautiful melodies and he seemed to enjoy every moment. The two new members (Ruben Israël – drums and Merel Bechtold – guitar) have been adapted to the needs of the band and they ideally complement the excellent performance of the rest. 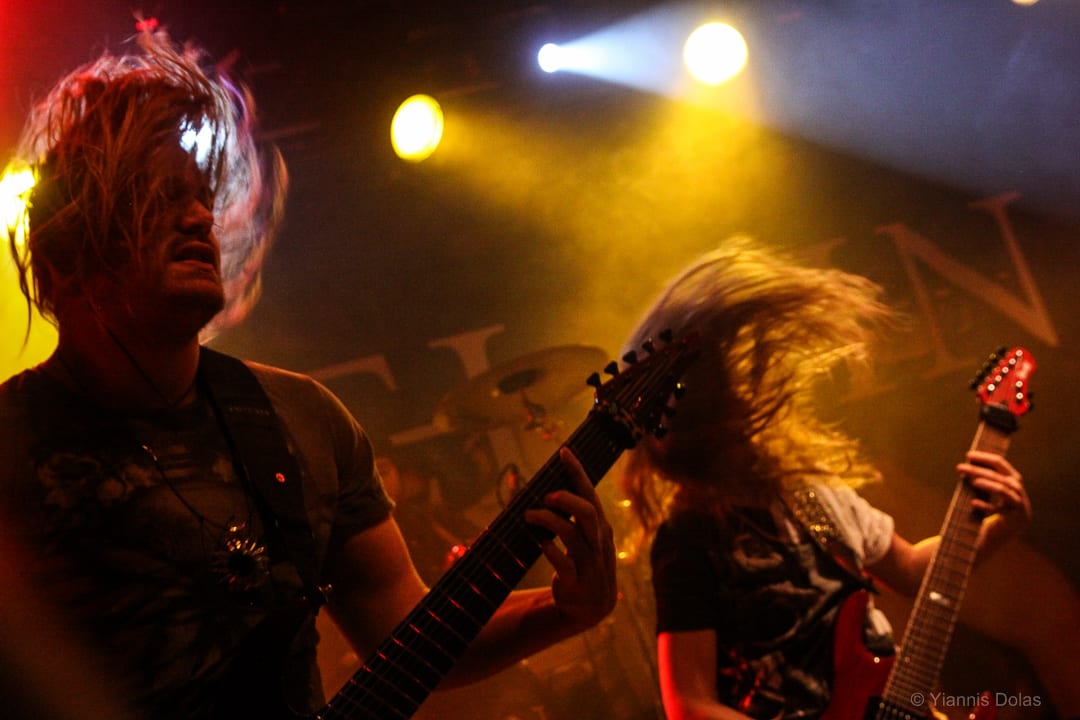 Briefly, Delain were flawless. I believe that they are one of the best symphonic/melodic metal offers from Netherlands and that’s the right moment to go out and see them performing live.

Setlist: Hands of Gold, Suckerpunch, The Glory and the Scum, Get the Devil Out of Me, Army of Dolls, The Hurricane, April Rain, Here Come the Vultures, Fire with Fire, Danse Macabre, Sleepwalkers Dream, Stay Forever, The Gathering, Pristine, Mother Machine, Don’t Let Go, We Are the Others 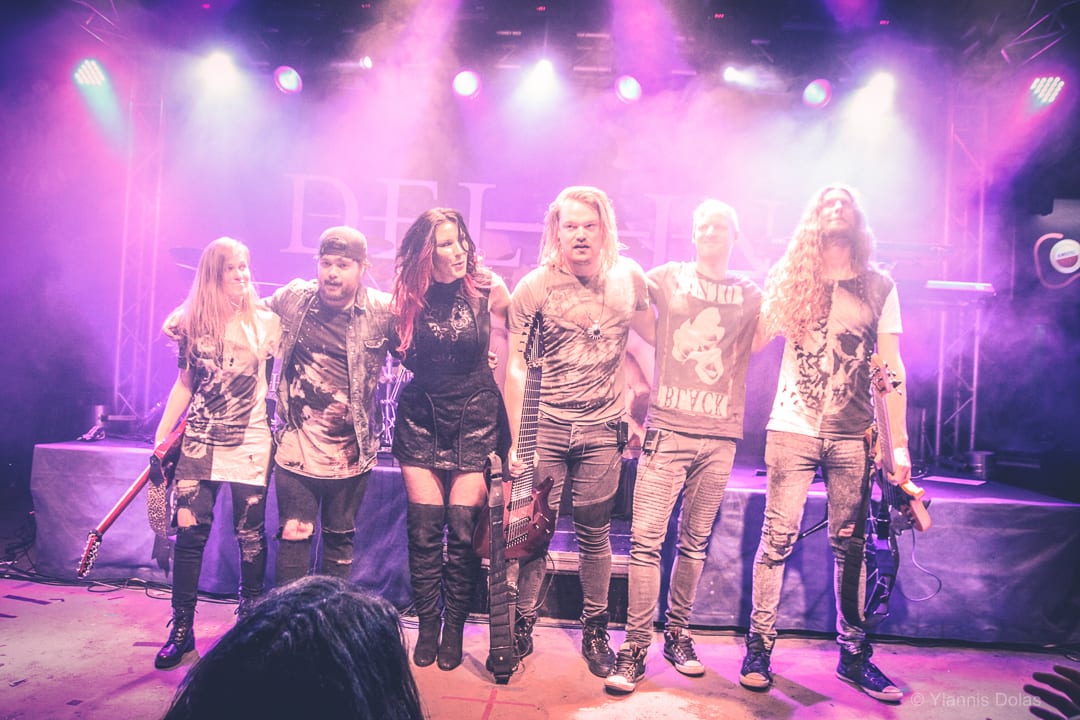