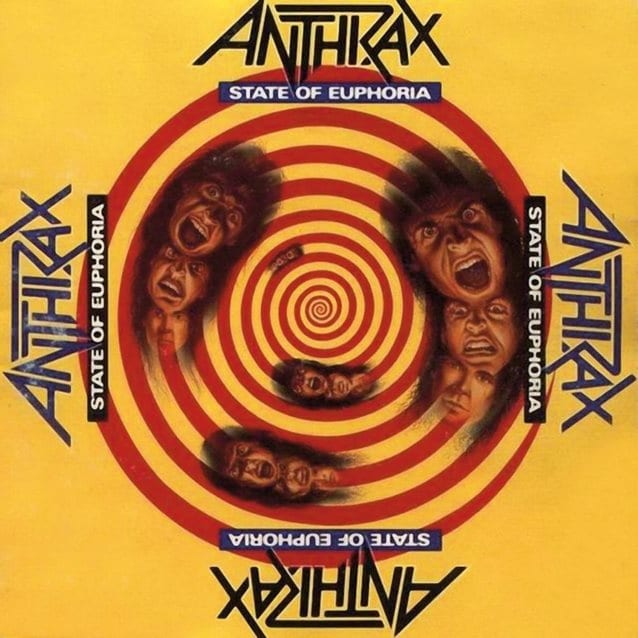 To commemorate the 30th anniversary of ANTHRAX’s “State Of Euphoria” album, the band is planning to release an expanded reissue of the LP in 2018, featuring a bonus disc of demos and rehearsal recordings that were made during the pre-production stage of the “State Of Euphoria” studio process. Drummer Charlie Benante tells HardrockHaven.net in a new interview: “Yeah, it’s gonna be a great package. I’m actually almost done putting it together. The only thing I don’t have is good live stuff to go on it, but what can I do? But the bonus disc is gonna have… it has demos, actually, just guitar riffs that go into a rehearsal that go into basic tracks that go into the real songs. So it’s the evolution of most of the songs.”