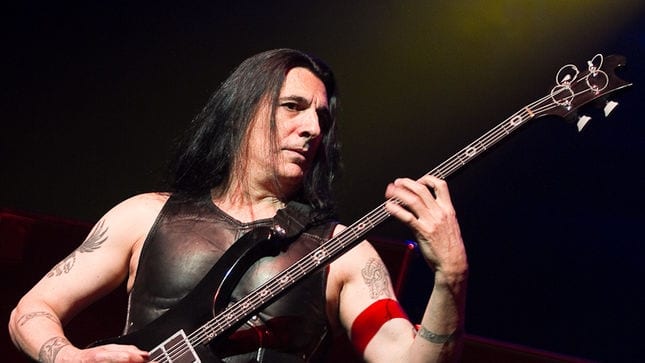 The official Manowar website was updated with a Joey DeMaio interview. The band’s leader spoke about the so called “final Manowar Tour”. Here’s the excerpt:
Q: Let’s talk about “final.” Are these upcoming summer shows really going to be the last MANOWAR shows ever?
Joey: “Okay, let me clarify something. We never announced the end of MANOWAR; we didn’t even plan to never tour again. There are so many places that we constantly get fan requests from… We said it’s time for a break. So that we can work on other projects for our fans: For example, I’ll be traveling with my spoken-word tour this winter where I’ll be talking about the history of the band, rare photos and video included. I am working on a metal opera (think ‘We Will Rock You’, but MANOWAR style). And, of course, we’ll continue with Part II and III of our ‘The Final Battle’ trilogy. But I’ll be honest: With the overwhelming feedback from this tour, and fans literally begging us to continue it is really hard to not think of new touring. We’ve had fans tell us that the thought of us retiring or not touring anymore takes the joy out of their lives. Having such an impact is an honor and a responsibility that we take seriously.”