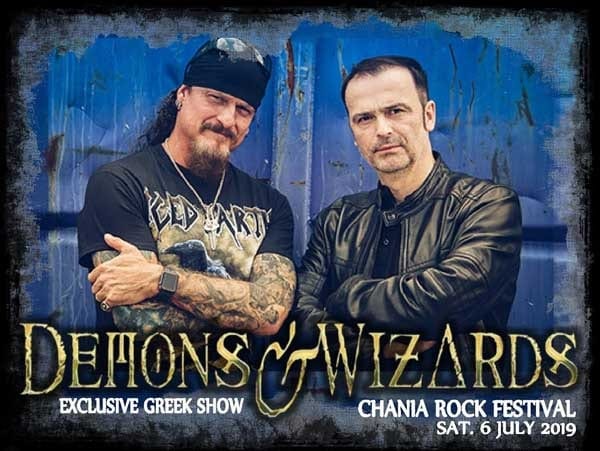 Demons & Wizards will play for the first time in Greece at Chania Rock Festival on Saturday July 6th, 2019. The band will play only a few shows in big festivals with Wacken Open Air among them. The band is based on the alliance of Jon Schaffer (Iced Earth) and Hansi Kursch (Blind Guardian). Demons & Wizards will release their third album in 13 years of absence after “Touched By The Crimson King”. It’s worth mentioning that the band had only played a handful of live shows in 2000.

“Prepare to experience a Dark saga in Middle-Earth!!!”