Second day for the first ever Desertfest to be held in Athens, Greece and due to the airport strike Color Haze, Elder and Cough never made it to our beautiful country! So, there were some changes in the schedule and the band’s showtimes due to which I didn’t make it on time to check out Omega Monolith that were called in at the last moment to fill the festival’s bill.

The first band that I saw were Greeks Black Hat Bones that were the shot of adrenaline I needed since I was coming straight from work. The guys have gained a lot of experience and it wasn’t tough for them to do what they know well. I can’t wait to listen to their new album, from which they played some stuff before packing it in with their typical “High Gain Devil Rockers”. 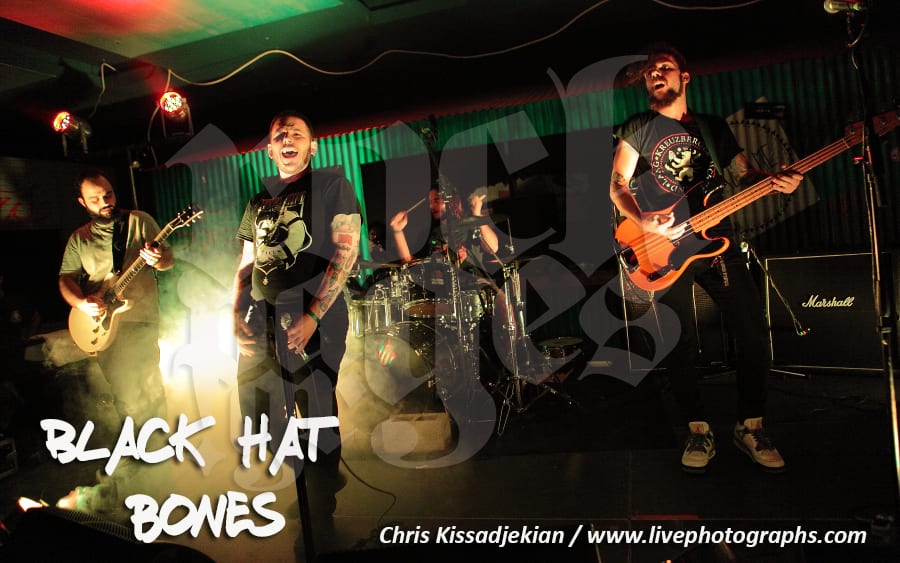 Steak were up next with the festival’s founder, Reece Tee, that was surely amazed to watch his idea branching to a new country. 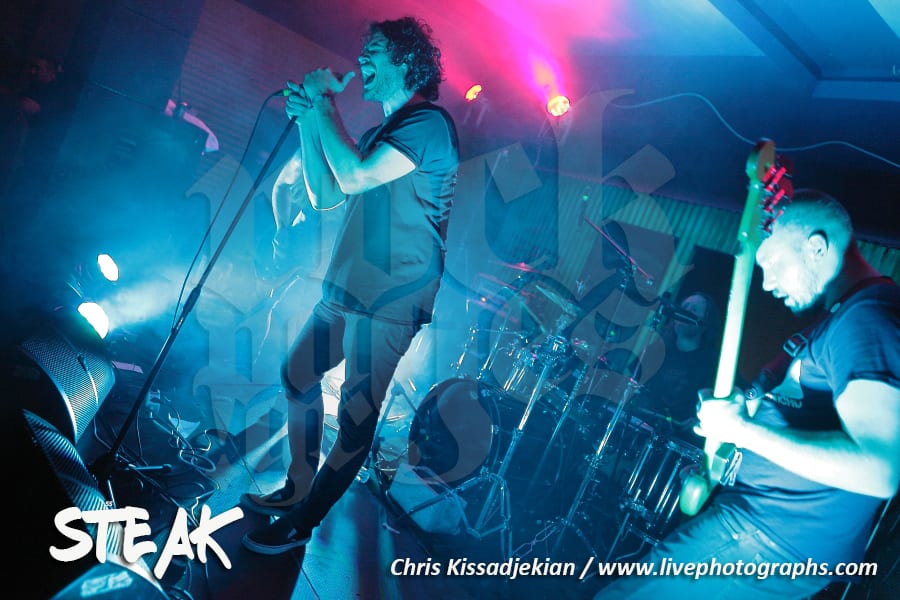 My Sleeping Karma was the first band that made me feel excited. Those psychedelic Germans performed great. They were having the time of their lives on stage, you could tell, and they managed to get this through to the audience. The amazing thing was that due to the airport strike their keyboardist didn’t arrive to Greece, so their sound engineer played the show, who had to learn all the songs the night before! Despite that the band sounded very tight on stage and made us feel trippy with their songs and enthusiasm. 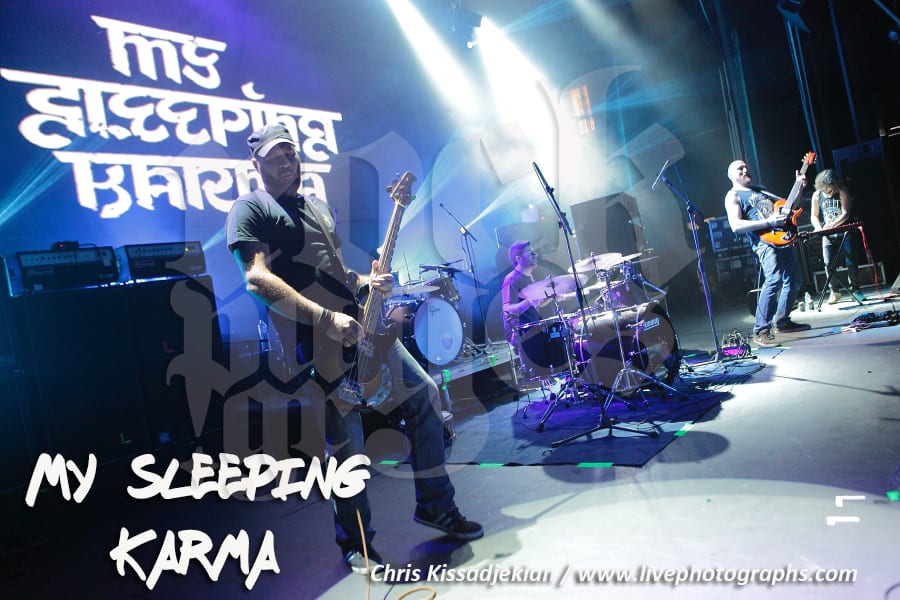 And then there were Pentagram… who actually played a bit earlier as well, just before Steak as Relentless Ghouls, filling in for the two bands who didn’t make it. So, there was a double dose from this historical band. I didn’t catch this surprise show, but some friends told me they were superb playing stuff they rarely do, which was a great treat for their Greek fans. Their scheduled performance was amazing. Those American legends were tireless, filled with energy and Bobby on his usual tricks. Their sound was perfect and the audience had a hell of a time! 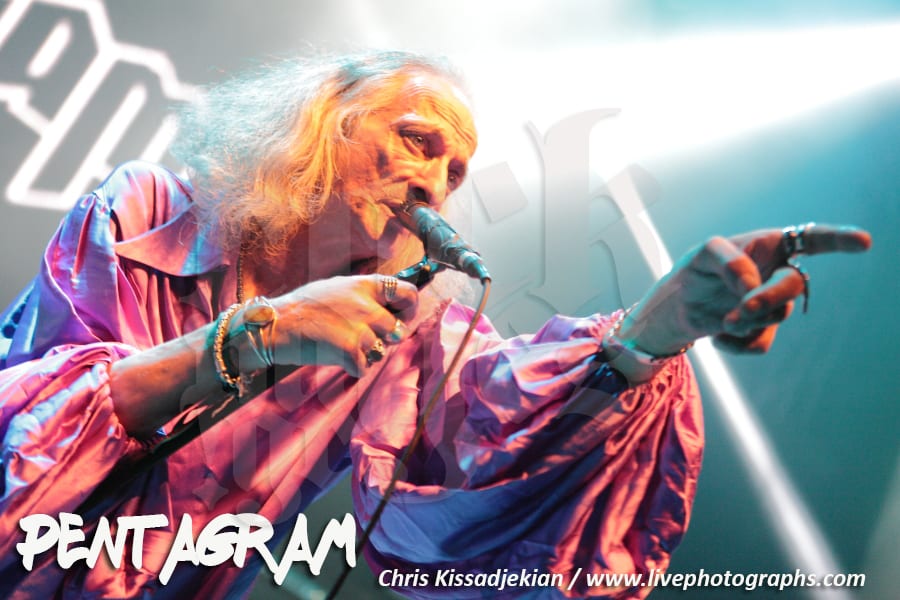 Then, it was time for Karma To Burn… they got on stage and blew our minds! As usual they were just perfect with drums and bass kicking ass and the guitars adding the swagger to their songs. The crowd’s reaction was immediate as everybody was going nuts to their command. The sound was pretty good during their performance as well making the show explosive. At this point I’d like to note that again because of the airport strike the band didn’t have their sound engineers. So, on stage 1 Nick Zannis’ On Stage Souns was handling the sound duties. Just so that we shouldn’t say that it’s only foreing soundmen that are good. If you like what you do and know how to do it… well, it shows! That was the finale for stage 1. 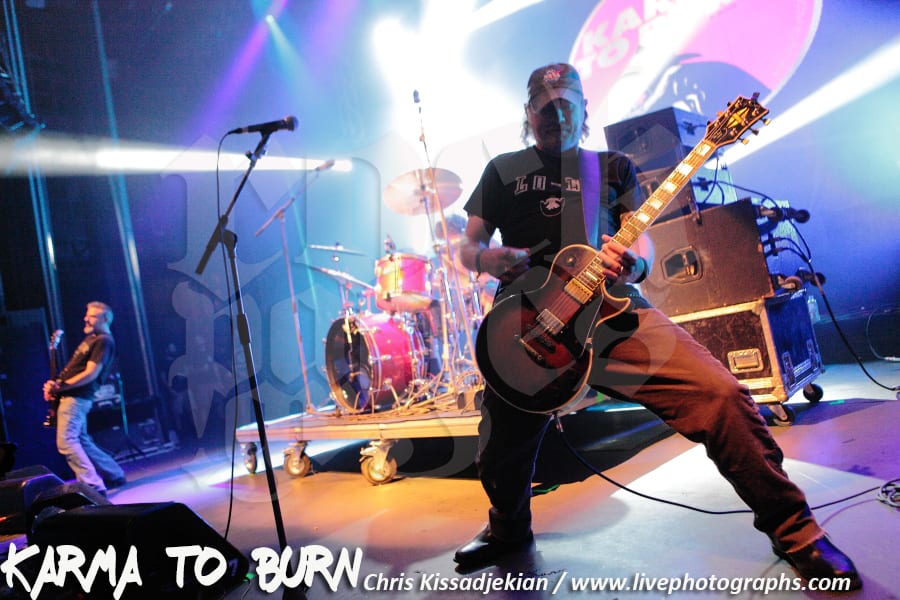 The action moved across the street where Greeks Automation were super tight and super sonic that finished us. They proved to be the ideal way to conclude the night. Great job guys! So, we hope to have this festival around next year with more “desert” in our ears…