It isn’t very easy to look him in the eyes. His look is a little peculiar and scary at the same time. As a person though he is friendly and with a great sense of humor when he speaks to us about Devilment and the future plans of Cradle Of Filth.  As far as his football preferences are concerned he surely knocked us down. Interview: Dimitris Kazantzis, Camera: Yiannis Dolas, Editing/Post Production: Open Field Team

Rockpages.gr: Dani, you have a great career with Cradle Of Filth, for what reason you formed a new great also band, Devilment?

Dani Filth: Actually, I have another band which is called Temple Of The Black Moon with Rob Caggiano who was in Anthrax, but now he is in Volbeat, and King ( God Seed, Ov Hell), Ice Dale (Enslaved, Audrey Horne) and John Tempesta… we’ve signed a d 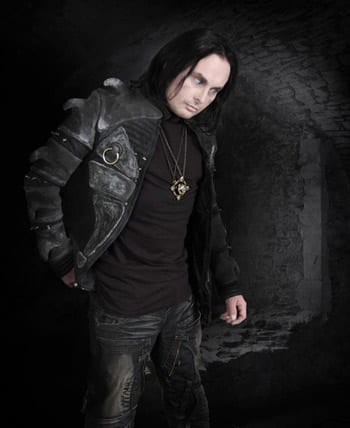 eal, we’ve written all of the songs but we can’t get together enough in one place to finish the album. So, while that was happening I was approached by some local friends, and Devilment just grew from that… just from an idea. Because Cradle Of Filth actually are based all around the entire world. We have two members in the Czech Republic, someone lives in Scotland, one in England, and our keyboardist Lindsay (Schoolcraft) is from Canada, so Devilment are a breath of fresh air. Because we live in a stone’s throw from each other, and sometimes I throw stones at them! It’s a more localized thing and originally it was just a project between friends that just grew… Scott Atkins got involved who produced the new Cradle Of Filth album as well… and we went into te studio and things just grew… and here we are really! And I am just enjoying it. Like I said it’s a breath of fresh air.

Rockpages.gr: What new elements can we find in Devilment?

Dani Filth: It’s pretty standard fair. We are six musicians, two guitars, keyboards, drums, vocals, female vocals. I think it just got a very distinctive sound. It’s very… where Cradle Of Filth is fast with orchestral elements going on, Devilment are pretty sort of driven, very laid back, rock’n’roll-y but dark, and have elements about it that are horror based, but have more to do with Roald Dahl, Sylvia Plath… they are kind of twisted. New game in that sort of thing. It’s catchier as well. I don’t know! It’s hard to describe, show your music to new people. The main think I’d say would be to go and check the album, check out the video on “Your Blood Rejects Me” on YouTube and buy the album obviously! Buy the album!

Rockpages.gr: What’s the feedback from the album so far?

Dani Filth: Oh, the feedback has been great! We did a full tour with Lacuna Coil, we shared a tour bus with them, and Motionless In White and it was a really successful, fun tour through Devilment straight in to the deep end really. So, the reactions has been strong because of that, we got to play in front of a lot of people. Obviously, my involvement brought Cradle Of Filth fans to the table. It’s a little cross pollination, I take them bees along the way and I think it’s done a lot of good for Devilment, and it’s done a lot of good to me, because it’s like an escape valve. Something like a pressure thing where for example at the moment I’ve been in the studio for three months with Cradle Of Filth, and I am just dying to get away. I love Cradle Of Filth with all my heart of course, but it’s a breath of fresh air to get out and do something a little bit different within the metal genre. 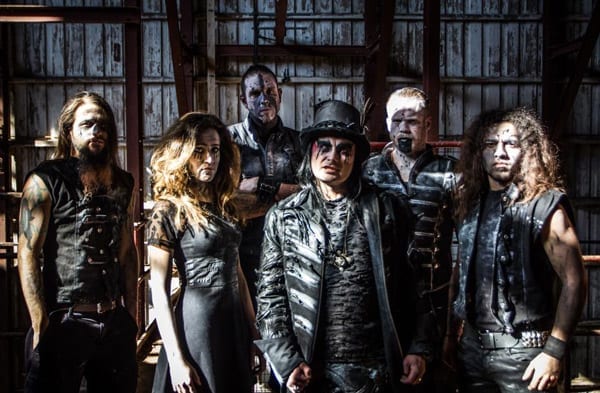 Rockpages.gr: Any update about Cradle Of Filth?

Dani Filth: Cradle Of Filth are currently finishing up the new album entitled “Hammer Of The Witches” coming out 26th of June via Nuclear Blast and it’s a killer record. It’s going to surprise a lot of people. It’s brutal… it’s melodic, it’s really atmospheric, sort of like Iron Maiden on crack! It’s really a strong record. It’s going to be the strongest record for at least a decade, I am really looking forward to people hearing it. And you know, Devilment, to get back to that, that breathe of fresh air invigorated I guess me with Cradle Of Filth as well… 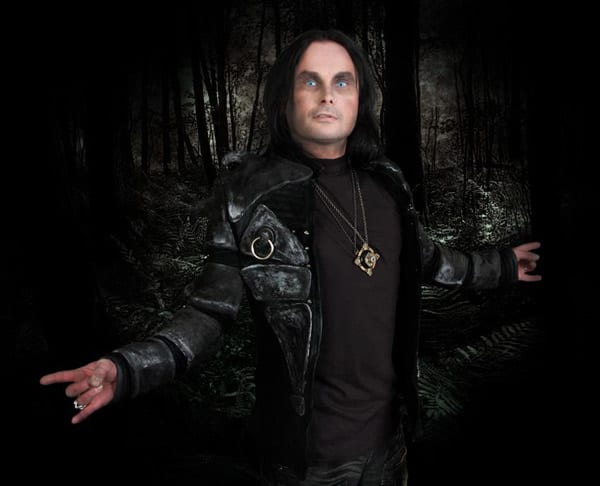 Rockpages.gr: You know, we are coming from Greece. What are your experiences from Cradle Of Filth’s performances in Athens all these years?

Dani Filth: Greece! What are my experiences from Greece? Good ones! We played Greece about three years ago… we’ve always had good experiences from Greece… good bands as well! Necromantia, Rotting Christ obviously! Toured with them recently, well a few years back… I love Greece! I think, I don’t know whether it has to do with the financial aspect in the EU and all of that, but it seems that it has been decided a lack of people visiting Greece, which is a bit sad. The same thing sort of happened in Portugal as well. I enjoy Portugal, because it’s similar… Mediterranean atmosphere, it’s very different to the colder climates of northern Europe, so you know we are a vampiric band, we do love the sun from time to time!

Rockpages.gr: As I know you love Ipswich…what about Ipswich Town, we will play at Premier League next year?

Dani Filth: I am not an Ipswich team fan, I support QPR, and they actually are playing now and I am trying to flick through TV to find the channel they are playing. And Derby plays against Crystal Palace. I am a QPR fan for life! I was a mascot! But, hopefully Ipswich will… I doubt it though, it brings a lot of prosperity to the town. 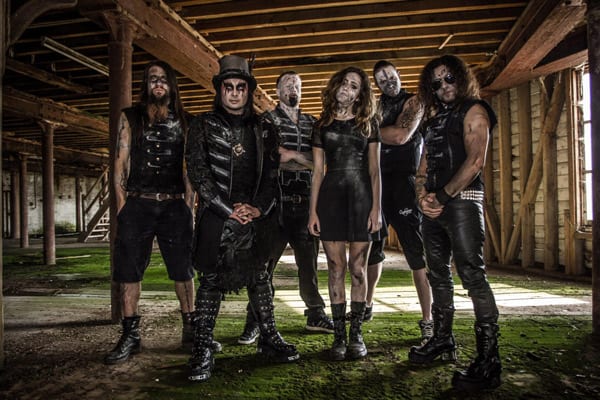