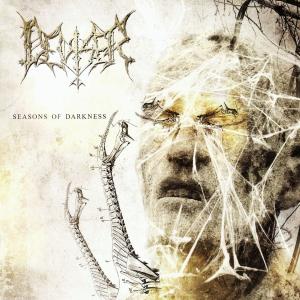 The band plays a goth influenced type of black metal. The album has generally slow pace, melodic and only in some cases, mainly in the riffs, you hear some “Thrash” influences of the band. The goth sounds are mainly caused by the keyboards, which help the listener listen to the album with one go.

Generally the melodies and riffs are very smart and beautiful. The guitar work done by “Manos” is admirable, and with the help of the keyboards, they help the album sound really modern.

The vocals are handled by “Matt” who is really amazing. He does the clean and the “Black” vocals. In fact there are vocals that would fit into a “black metal” band a “doom metal” band and also a “goth” band. In addition, I love the lyrics he wrote for it, because they are written in a poetic style that suits the sound of the band.

As I wrote the whole album can be heard easily, but if I were to suggest a few tracks I would say “Dreaming Madness” because of the very beautiful “synthesizers” and the clean vocals, “I Die” because of the poetic lyrics and the “Angel of Darkness”

I really enjoyed the fourth album of “Deviser”. Great sound and a nice artwork also.