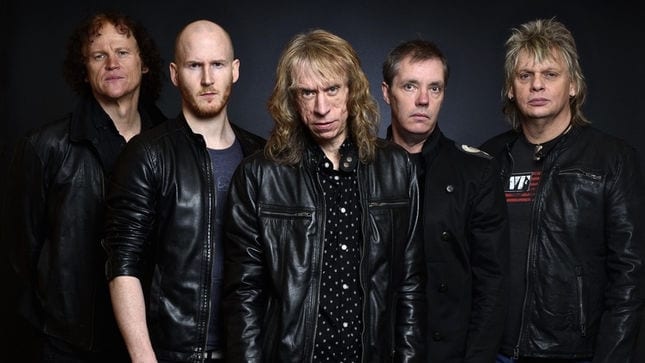 Let Them Eat Vinyl and Rock Classics have announced the North American reissue of Diamond Head’s All Will Be Revealed and What’s In Your Head? on December 2nd.
All Will Be Revealed is the 2005 comeback album by the NWOBHM legends. It was the band’s first release since their 2002 Acoustic First Cuts EP and the first studio album since 1993’s Death and Progress. It was first album to feature vocalist Nick Tart.
What’s In Your Head? is the second and final album with singer Nick Tart. The album was produced by Dave Nicholls (Slipknot, Stone Sour).