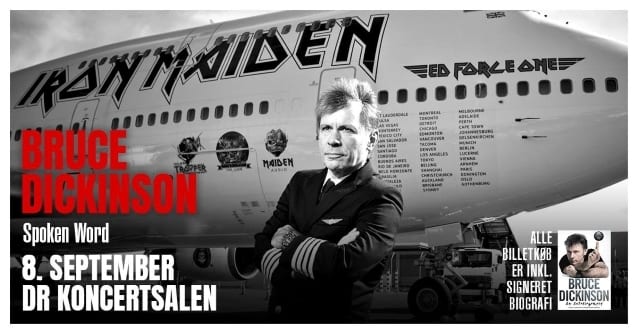 During his September 8 spoken-word gig at DR Koncerthuset in Copenhagen, Denmark, Dickinson was asked about his relationship with late DEEP PURPLE keyboardist Jon Lord. He responded: “Jon Lord was a wonderful gentleman, and we were close friends. And he sadly died of… He had pancreatic cancer, but he survived for a year and a half — much against what everybody had said would happen. And actually, at the end, he didn’t die of pancreatic cancer — he died, unfortunately, of some terrible blood collapse that happened with him, possibly as a result of treatment. But we had all kinds of crazy plans, including me going out on tour with him, singing DEEP PURPLE songs with an orchestra, which he was planning to do; that was one of the things we were planning to do. But it all got interrupted and canceled, and [it was] obviously very sad. He was a wonderful man.”