A few hours before the bombastic performance of Udo Dirkschneider in Athens, we did an exclusive interview with the man himself, the General who was more than happy to elaborate a little more on his decision to bid a final farewell to Accept. Udo also pointed out what he would say if an offer came up about one final show with the famous German band.
Interview: Sakis Nikas – Camera: Yiannis Dolas

Rockpages.gr: Why did you think that now was the best time to say “goodbye” to Accept? 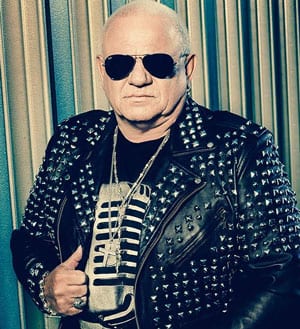 Udo Dirkschneider: Well, I had this idea of doing such shows for a couple of years. There were a lot people coming at me saying “why don’t you play more Accept songs in the U.D.O. shows” and there were others going “uh, you have so many U.D.O. songs, play more of them”. So, this conversation about Accept was always coming up and I was getting tired of it and then we said…OK, U.D.O. is really present in the last couple of years. I decided to take a break from touring with them and I said that now I will do some special shows playing only Accept songs for the very last time. It was supposed to be just a few shows but…(laughs). I want to stop all this discussion…if people want to hear Accept songs, they can go and watch an Accept show.

Rockpages.gr: I follow closely your solo career and I noticed that in the last U.D.O. tour you only played one Accept song and that was “Metal Heart” in the encore…

Udo Dirkschneider: Yeah, I know! It was getting less and less about Accept, you know…but in the way to satisfy everybody, I decided to do it one last time. So far it’s a big success; everybody loves it, so…I can start next year with U.D.O. again.

Rockpages.gr: Do you think the fact that Stefan Kaufmann is no longer in U.D.O. for 4-5 years now played a role in this decision of yours?

Udo Dirkschneider: Not really. I am still in contact with Stefan and when he learned about these shows he said “yes, that’s a great idea”. But Stefan wasn’t an issue on this.

Rockpages.gr: Do you miss Stefan being on stage with you?

Udo Dirkschneider: In the beginning, yes! But not anymore…he is doing completely different stuff now; he is doing like video stuff for commercials. He is really happy…he came to our rehearsals and he was showing my son some tricks on the drums but also some tricks on the guitar so as to make the songs sound real Accept. 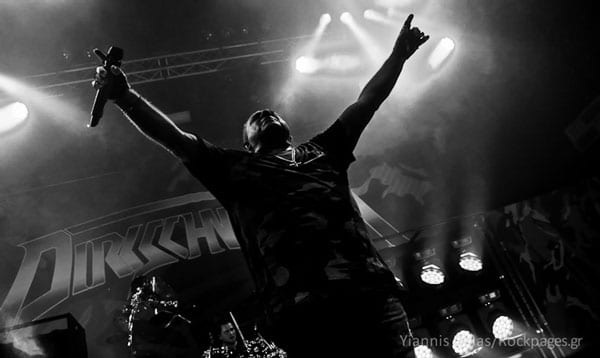 Rockpages.gr: You’d been in Accept since the inception of the band. This must be a bittersweet feeling for you to say goodbye to Accept…

Udo Dirkschneider: Yeah, I mean…I was there since 1969-70 or whatever and of course it wasn’t so nice to get thrown out of the band in 1986. But then we had a couple of reunions but that didn’t work out…the same bullshit was going on. But now…sometimes it’s strange especially with this tour where people really like these songs. It’s a strange feeling but it’s OK. This stuff is history. I am longer with U.D.O. than I was with Accept and I have a fantastic band with me and everything is going well…everything is easy going now.

Rockpages.gr: Looking back at all these years, which would be the absolute highlight for you in Accept?

Udo Dirkschneider: The absolute highlight was definitely after 1982-83, when we did albums like “Balls To The Wall”, “Metal Heart”, “Russian Roulette”…the success that we had in America. We had a good time in Accept and I don’t look back on those years in a bad way. We were also very popular in Germany together with Scorpions…I really can’t say anything bad about those years. Maybe, the only bad thing is that we shouldn’t have changed a little bit our sound in a commercial way. That was maybe the biggest mistake that we did…but that’s history.

Rockpages.gr: I also noticed that in the last U.D.O. album “Decadent” you chose a more melodic approach like you had done in the past with “Faceless World” and you also put keyboards on stage for the very first time! Should we expect this direction in the future for U.D.O.?

Udo Dirkschneider: Yeah…but…I never know what album I will do next (laughs). With the two new guitar players…they are younger; a different generation. They come up with a different sound and with the keyboards on stage we can do more different stuff…more interesting. The keyboards on stage are no longer a major thing and I am glad that we did a lot of stuff from the “Faceless World” album on the last tour. But also on the last album…if I needed a lead keyboard, I’d do it. I don’t have a problem with that. I try to write good songs too and we will see how the next album will be. 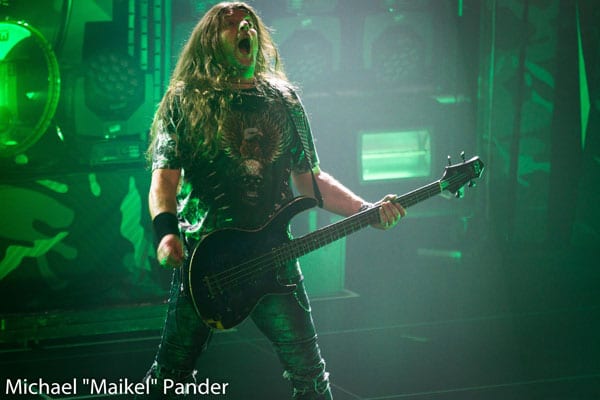 Rockpages.gr: For many years, Stefan Kaufmann has been your sideman, your co-partner in composing all the U.D.O. songs. Now, Fitty (Weinhold) is doing that job. How different is it for you?

Udo Dirkschneider: With Fitty on the “Steelhammer” album was very easy and now in the “Decadent” album everybody was more or less involved…so yes, it works. I have fresh blood in the band and I am really looking forward to the next one.

Rockpages.gr: My last question; if there was an offer…a phone call from Wolf (Hoffmann) or Peter (Baltes) to make one last show with those guys, would you do it?

Udo Dirkschneider: No! I would say: “thank you very much, have a good time”!