I will start a bit differently. It was my first visit in Release Athens Festival and I have read many good comments about the production, so I also have to congratulate these guys myself. 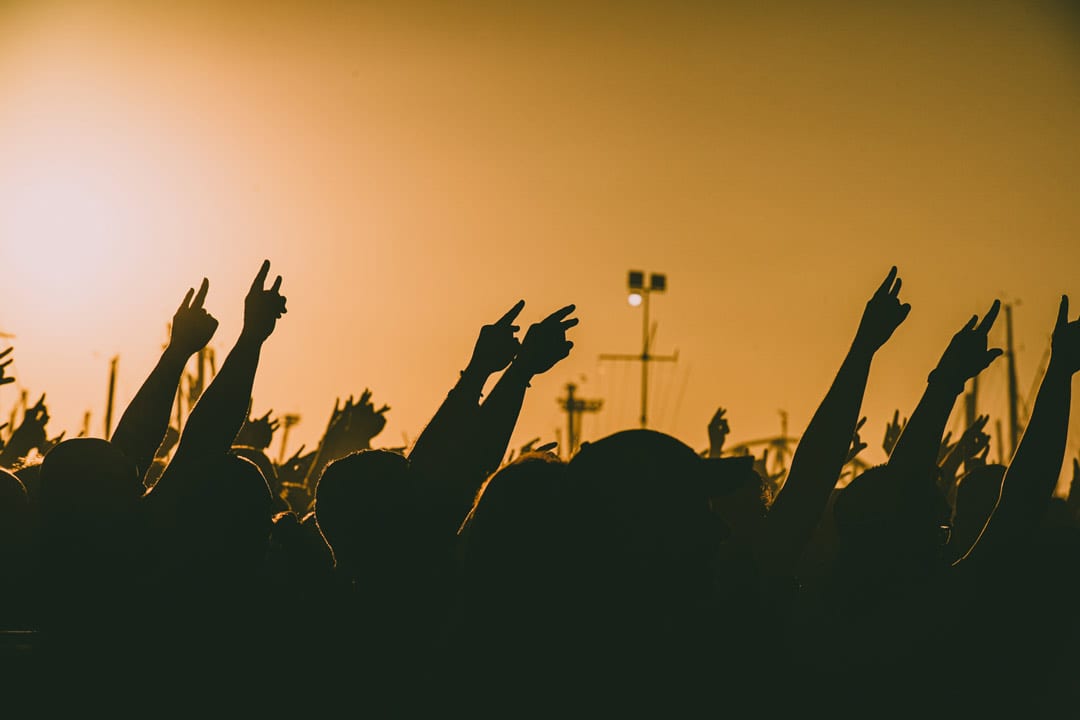 Many kiosks around the place for food, drink (sadly no coffee thought) and other stuff in excellent prices, very small lines to get tokens for purchases (with availability to pay via POS), every band was on stage exactly at the time they were supposed to be and very clean toilets with water to clean up afterwards are some that come first to mind. Also, the production thanked us for our presence during these days through a message in the video walls when the night was over. The only negative was that it should have ended sooner so some fans could catch public transportations to go home and not pay for a cab ride. Nevertheless, Release Athens and Fuzz Productions deserve congratulations for all the great job they have done.

First band on stage were the alternative rockers Breath After Coma. The first to have the sun hitting without mercy on them and I can’t say anything less than bravo for the performance they put on stage. I’ve seen them before in the past and I knew that I was about to have a good time, as it happened. Their new album “Woke Up In Babel” was released a few months ago and it’s awesome, give them a listen. 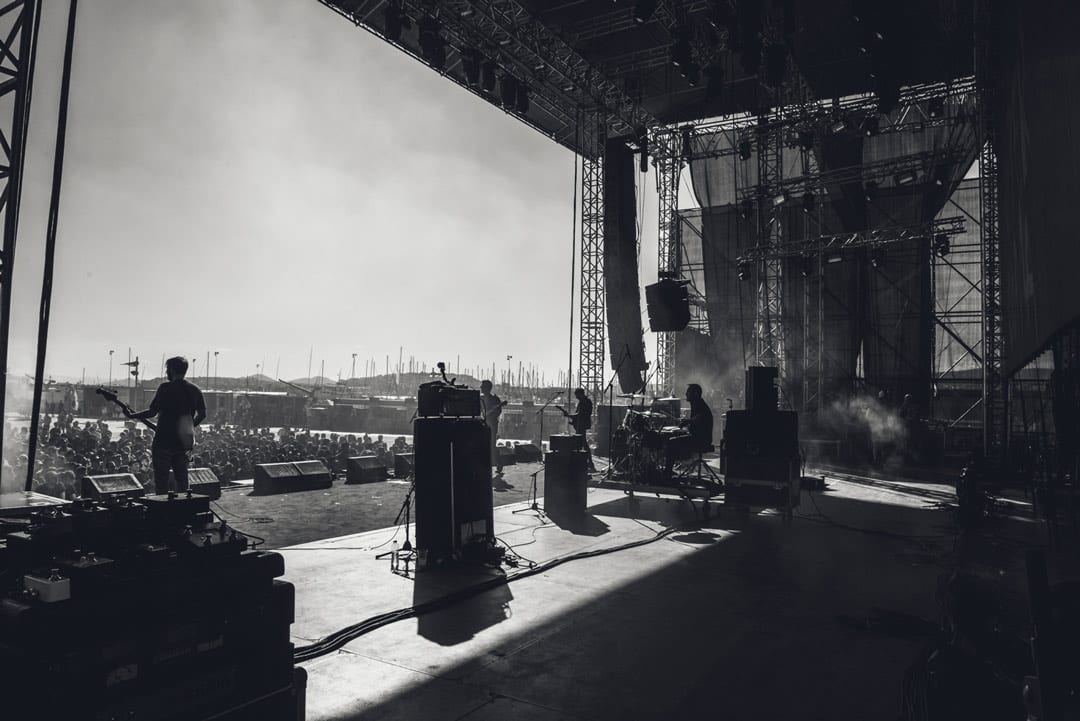 Up next, a personal favorite, Need. They chose to start with a rather touching moment, as from the video wall we saw the song “Nema” from Mother Of Millions in honor of the unexpected passing of their keyboard player Makis Tsamkosoglou who was a beloved member of the Greek scene. After that, their performance was in the high standards we know. In my humble opinion, they are the best Greek band the last five years (at least). Interesting fact, the fans had bigger participation in their show compared to the other two local bands even if the progressive metal of them was the most “difficult” music of this day. Excellent musicians, perfect performance, “Mother Madness” send chills down my spine for one more time. They are currently recording their next album and I hope it will be out soon. 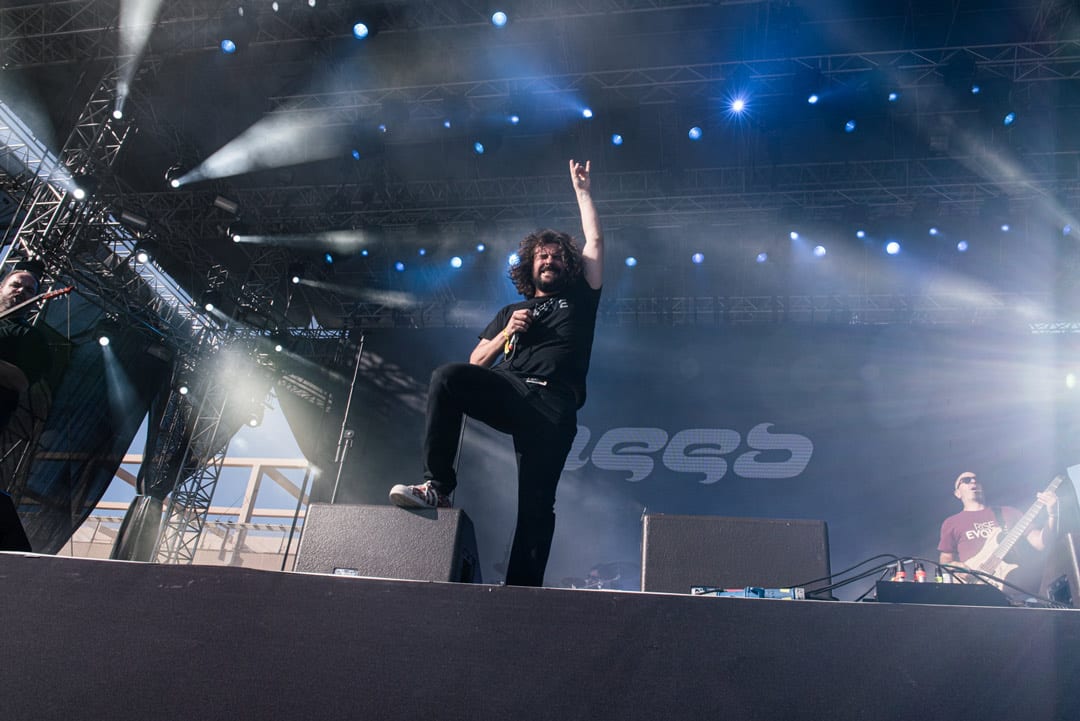 SiXforNinE was the last local act and I have to say that I’ve seen them before and wasn’t really excited by them. This time, they seemed like a different band. The alternative metallers were much better and the material of the upcoming album “Parallel Universe” seems to leave their debut album some kilometers behind. They also asked the fans to clap their hands as loud as they could in honor of Makis and told us to take care of our loved ones. Very good show, we’ll see more great stuff from them in the near future. 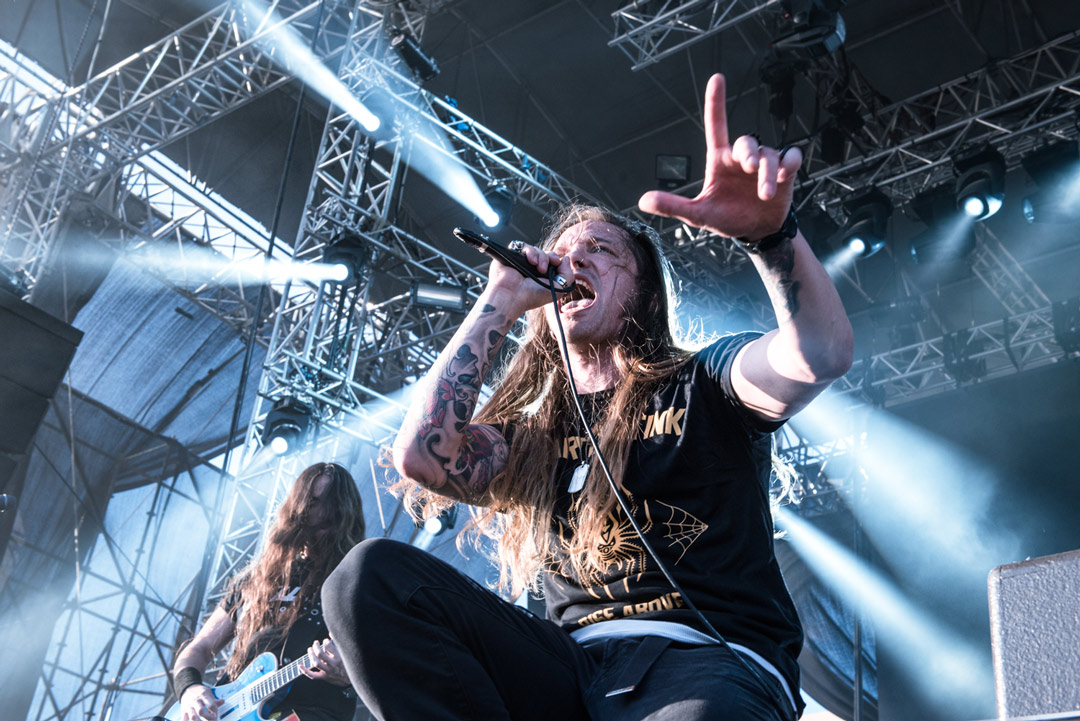 Well, what can I say of what came next? You should come and see for your eyes. Intro with “The Number Of The Beast” from the speakers. They stormed the stage while playing “Cowboys From Hell”. It was enough for the fans to go nuts. When they start with “Caught In A Mosh”, “Got The Time” and “Madhouse”, you know that this will go well. My mistake, I need to rephrase that. It didn’t go just well. Anthrax, to be as polite as possible, KICKED MAJOR ASS. That simple. Constant motion on stage by Scott Ian, Frank Bello and that crazy old lady Joey Belladonna (Jonathan Donais didn’t move much), great songs (Medusaaaaaaaa), flares from the fans, mosh pits, I think I covered it all. These guys just know what to do so they can give to the people who came to see them a night to remember. The true winners of this night were the legendary thrashers from New York and I have to say that I write these lines accompanies by “Among The Living” and “Persistence Of Time”.

Setlist: Caught In A Mosh, Got The Time, Madhouse, Be All End All, Breathing Lightning, I Am The Law, Medusa, Now It’s Dark, Efilnikufesin (N.F.L.), In The End, A.I.R., Antisocial, Indians 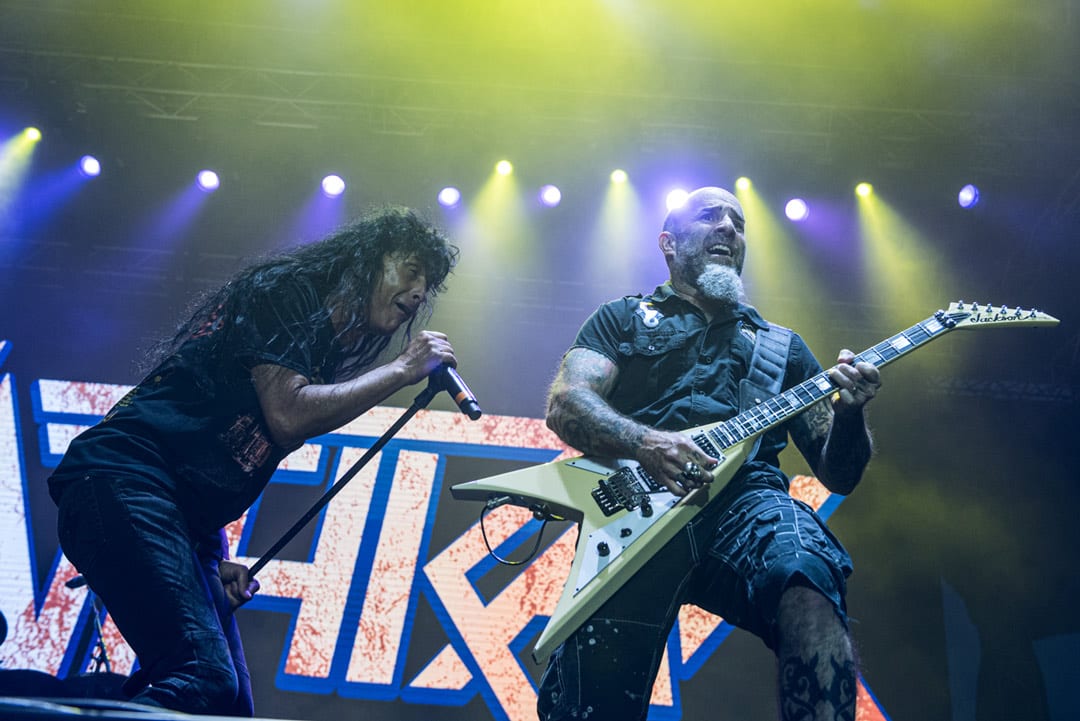 So, let’s go to the headliners. I will summarize my thought on their first visit ever in Greek soil in two categories. The positive: nice intro before they hit the stage with a collage of photos and videos from their story as a band. Very nice acoustic performances of “A Reason To Fight”, “Hold On To Memories” and “The Sound Of Silence”. The first one was dedicated to all those who lost their lives from abuses or depression and reminded to all who are tortured by these inner demons that they are not alone in this battle. During the second, there was also a collage with photos of the band with many great rock and metal musicians and members of their families. The third one was performed with piano, violin and cello and gave us a beautiful moment. Also, very nice and correct statement from David Draiman who reminded us that it doesn’t matter what your financial status is, your sexual orientation or your religious beliefs, we are all equal. 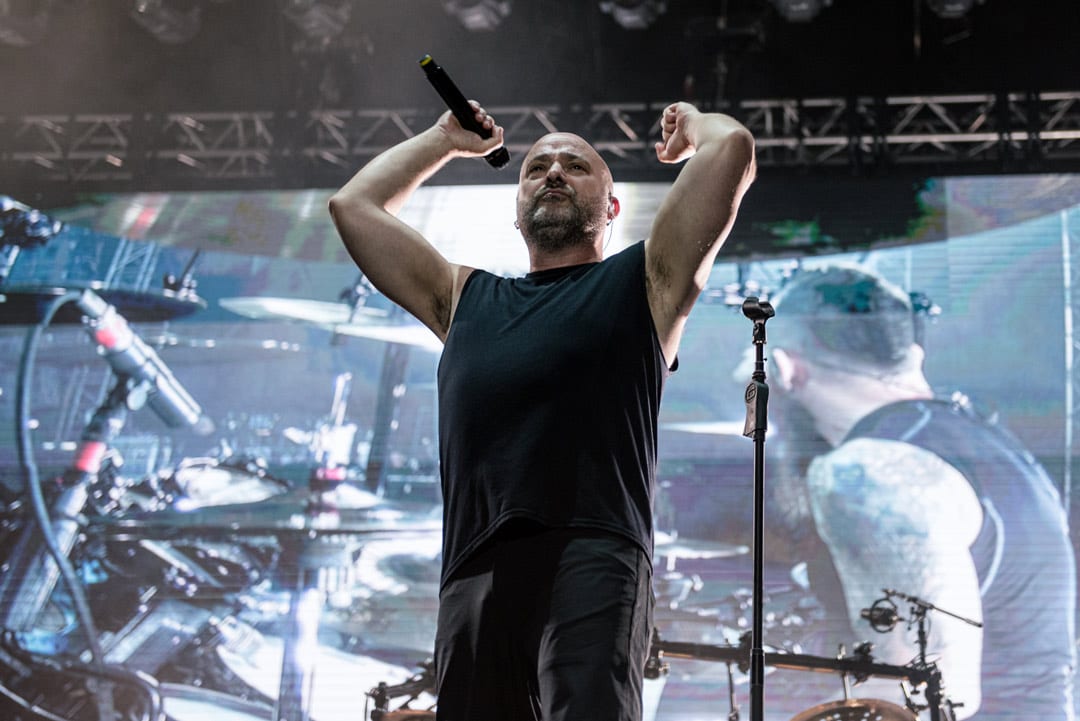 Now, the negative part: it was simply a good show. That’s all. The sound was bad, as you could hear the instruments losing and gaining volume at times. Some songs (if not all) gave me the impression that they were played in lower tempos compared to the studio recordings. Draiman wasn’t at his top condition, I really don’t know if he was bored or sick. In certain parts it seemed like his voice was fading out completely while he was singing. As for the fans of the band, if we can call them that, were constantly with a cellphone in their hands. Especially when they entered the stage the appropriate title should be “Ten Thousand Cellphones”. They were clapping during pauses within the songs, they were looking at the videos they filmed while the band was playing something else and I believe many of them came just because they knew those three-four songs that everyone else knows. Of course, it’s not bad to go to a concert if you aren’t a devoted fan, but the very fewer fans of Anthrax did a much bigger mess (in a good way) and participated in the show with much more than just holding a phone in the air. 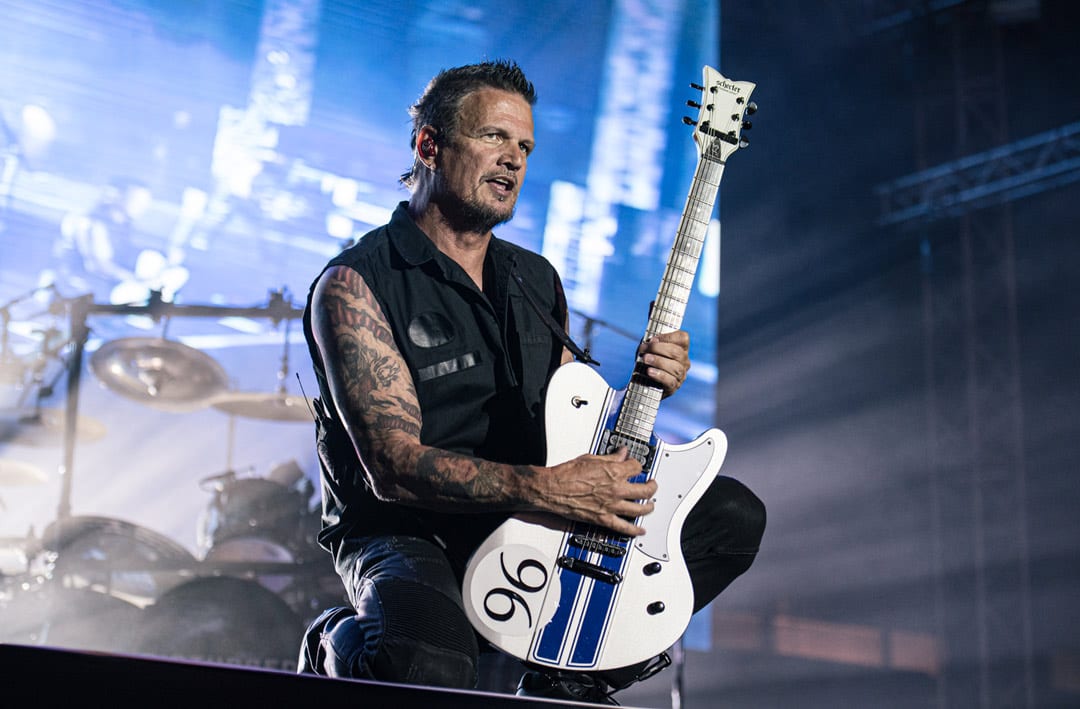 And I have to say that despite the effort of Dan Donegan and John Moyer who never stopped running up and down the stage, Draiman and their general performance at some points gave me the impression that they couldn’t wait for their show to end so they could relax. It wasn’t bad, it was just good and nothing more. Especially Draiman was far from this batshit crazy dude with the weird vocals who is the prime reason behind the success of this band. When I listened to amazing songs like “Voices”, “Ten Thousand Fists” and “Inside The Fire” for example and I think of the studio recordings, something is wrong.

Setlist: Are You Ready, Prayer, Liberate, The Vengeful One, Stupify, Voices, Land Of Confusion, Ten Thousand Fists, The Game, No More, A Reason To Fight, Hold On To Memories, Indestructible, Inside The Fire, The Sound Of Silence, The Light, Stricken, Down With The Sickness

To summarize this, once again I have to congratulate Release Athens for the production. They brought to Greece many great acts (some for the first time, some after a long time of absence). The Greek bands were excellent in what they were summoned to do. Anthrax were like Gods, without a single doubt the absolute stars of this night, we want them back as soon as possible. Disturbed were just good, I was expecting much more from them. Maybe next time? 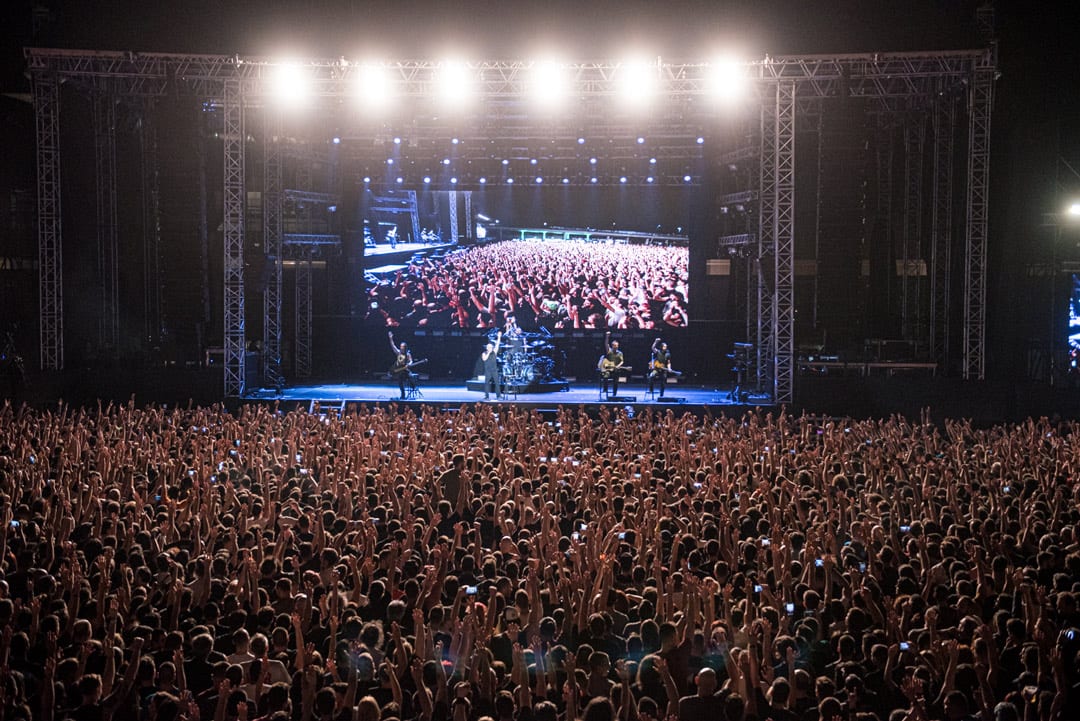