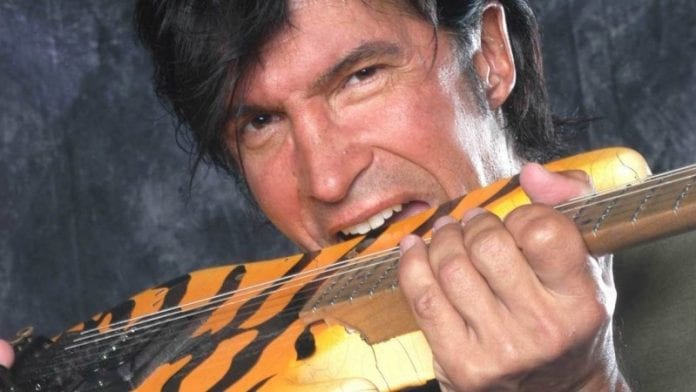 Guitar legend George Lynch has provided more of a timeline surrounding the recent reunion and upcoming releases that will not include a full-blown studio album … but a tease! Don Dokken, George Lynch, Jeff Pilson and “Wild” Mick Brown reunited as Dokken for six shows in Japan. The brief trek began with a single US date on September 30th at Badlands Pawn Guns Gold and Rock ‘N’ Roll. The group then headed to Japan for Unleashed In The East tour dates — six shows between October 5th and 12th.
A new Dokken live album with three new studio tracks, as well as a live DVD, is expected in early 2018.
In a new interview with All That Shreds, George Lynch was asked if any future Dokken albums will be released: “A Dokken live album coming out with three new studio tracks on it as well as live DVD,” he says. “That will be coming out probably in the beginning of 2018. And then Lynch Mob also has a live album and a DVD coming out at some point. So yes, I’ve got a lot of things in the pipeline which is very confusing.”