Sad melodies, mournful tempos, freezing atmosphere, lyrics talking of death and loss. Draconian was the perfect antidote for this ridiculous holiday called St. Valentine’s Day. With three Greek bands completing the line-up, the second show of the Swedes in Athens was something that we had to see.

Right on schedule, Immensity were the first to take on the stage. The only one of the support bands with a style similar to the headliners. Their atmospheric doom/death metal was an ideal start, being in general one of the best Greek metal bands. Louis Hatzimichalis was excellent in his grows, although he was not in his melodic vocals. Strange, because he is one the best Greek singers, having proved that many times before. The played songs from their debut album “The Isolation Splendour” which will be released (finally) at the end of the month. Forty minutes later, they left the stage.

Next in line, Caelestia. A very active band, they perform live quite often supporting other bands. Their album “Beneath Abyss” has been recently released and they try very hard to promote it. They also have worked quite much in their stage presence, showing that they are professionals in every way. Although, their music once more didn’t have much to say to me. They play melodic death metal with beauty and the beast vocals (male growls, female clean) which needs a lot of improvements in my opinion. They are good musicians and surely can do better. They also played one new song, showing once more that they work very hard. 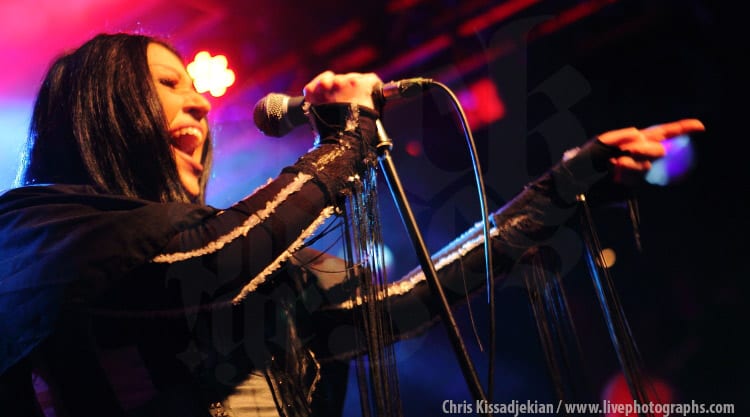 Last but not least the oldest Greek band of the night, Elysion, the most easy-listening group of the night. Songs like “Made Of Lies”, “Someplace Better”, “Never Forever”, “Killing My Dreams”, “Fairytale” and “The Promise” among others do not reinvent the wheel but make the time pass quite pleasantly. Their style is similar to bands like Lacuna Coil/Within Temptation and their vocalist Christianna was the highlight of their show with her excellent voice and stage presence. They played songs from their two albums (“Silent Scream” – 2009, “Someplace Better” – 2014) plus “Mein Herz Brennt”, a Rammstein cover. They made many heads bang and received a huge applause upon leaving the stage. 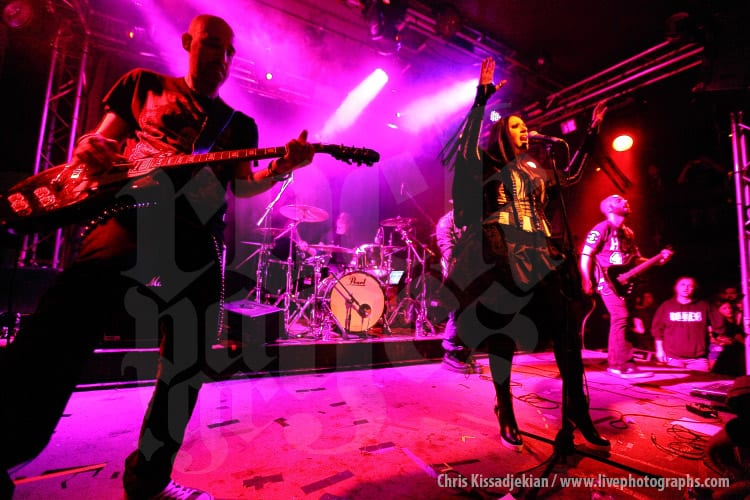 It was the 9th of January 2010, when Draconian first appeared in Athens and luckily I was there. Six years later, the memories of that night came back to me. With half of their line-up changed, the Swedes started their show with “Stellar Tombs” from their new excellent album “Sovran”. The show went on with “A Scenery Of Loss”, an amazing song from their magnum opus “Arcane Rain Fell” and “Heavy Lies The Crown” was ideal for next song. Their leader Anders Jacobsson was great with his growls while Heike Langhans, the new singer, was at least impressive. Fantastic voice and stage presence, she made us soon forget about Lisa Johansson. 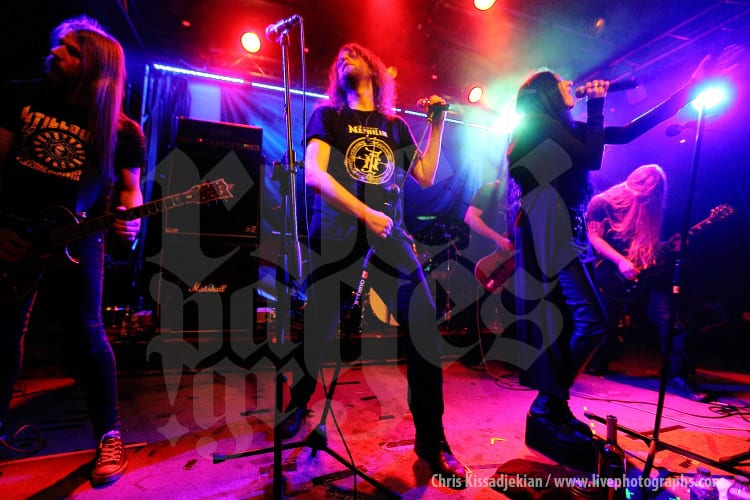 At this point, I have to say that Draconian started this tour with some problems. First of all, their former bassist Fredrik Johansson left the band very recently after ten years because he wanted to focus on his family. Second, their drummer Jerry Torstensson became recently father and decided to stay by his child for the next days. So, their replacements for these shows Daniel Anghede (bass, Crippled Black Phoenix) and Tarald Lie (drums, Tristania) didn’t have much time to rehearse with the band resulting in reduced setlist. Most songs were of course from their latest album, with highlight the beautiful “Rivers Between Us” in which Heike and Daniel shared the vocals, just as in the studio version. The last one was as expected, with one of the best songs in atmospheric doom/death metal: “Death, Come Near Me”. A song out of this world, concluding a great show.

Unfortunately, we didn’t enjoy them as much as we wanted due to the reduced setlist. Draconian is one of the best bands in their kind, so we can’t wait to see them again. This time with more songs of course. 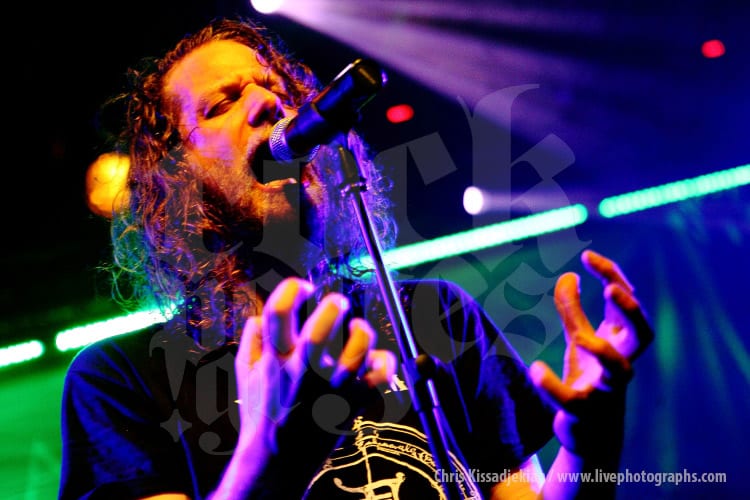 Behold the pain and sorrow of the world. Dream of a place away from this nightmare. Give us love and unity under the heart of night. O, Death, come near us and give us life.