“It’s the last song we wrote. It’s also the first time I’ve used my eight-string guitar, which was fun for me. Back in the day when we were writing Awake, I’d always wanted to play a seven-string. So, I ordered myself one. I wanted to be inspired again by the instrument without any pre-conception. I used it, and I wrote in my style on the eight-string. It was actually a prototype! ‘Awaken The Master’ purposefully starts with guitar only. John Myung wrote the lyrics. Recently, I heard him say, ‘The master was your heart’. He was referring to awakening your heart. It’s one of the heavier songs on the record due to the range of the instrument,” explains John Petrucci.


Dream Theater’s A View From The Top Of The World was released to worldwide acclaim on October 22nd. The album shot to #1 on the iTunes Store Top Albums Metal chart, #1 on the Top Rock Albums  and even reached #4 on All Genres iTunes Top Albums on release day. The new release hit #2 on the Amazon Best Sellers in Rock (CD format) only to be topped by The Beatles reissue of Let It Be. The band recently released an in-depth, 3-part docuseries hosted by ProgReport Editor In Chief Roie Avin about the making of A View From The Top Of The World.
Part 1 can be seen here: https://youtu.be/vCoiAWQigP4
Part 2 can be seen here: https://youtu.be/WDlJvggvZKY
Part 3 was just released and can be see here: https://youtu.be/sOhNEdLxj24

Also, an animated video for album opener “The Alien” (https://youtu.be/V462IsOV3js) as well as a video for the first official single “Invisible Monster” (https://youtu.be/s0Wmg7Tq4Pk) have been released. The album is now available everywhere music is sold and streamed and is also available for order here: https://dream-theater.lnk.to/AViewFromTheTopOfTheWorld

Dream Theater – comprised of James LaBrie, John Petrucci, Jordan Rudess, John Myung and Mike Mangini – was in the middle of a sold-out world tour in support of their last release Distance Over Time and the 20th anniversary of Scenes From A Memory when a Global Pandemic brought the world to a stop. The musicians found themselves at home with LaBrie in Canada and the rest of the group in the States. As fate would have it, they’d just finished construction on DTHQ (Dream Theater Headquarters) —a combination live recording studio, rehearsal space, control room, equipment storage, and creative hive. With LaBrie in Canada, he initially wrote with the band via ZOOM on a monitor in DTHQ. In March 2021, he flew down to New York, quarantined, and recorded his vocals face-to-face with Petrucci. The album ultimately threaded together lean and uncompromising hooks with tried-and-true technical proficiency. A View From The Top Of The World was produced by John Petrucci, engineered and additional production by James “Jimmy T” Meslin and mixed/mastered by Andy Sneap. 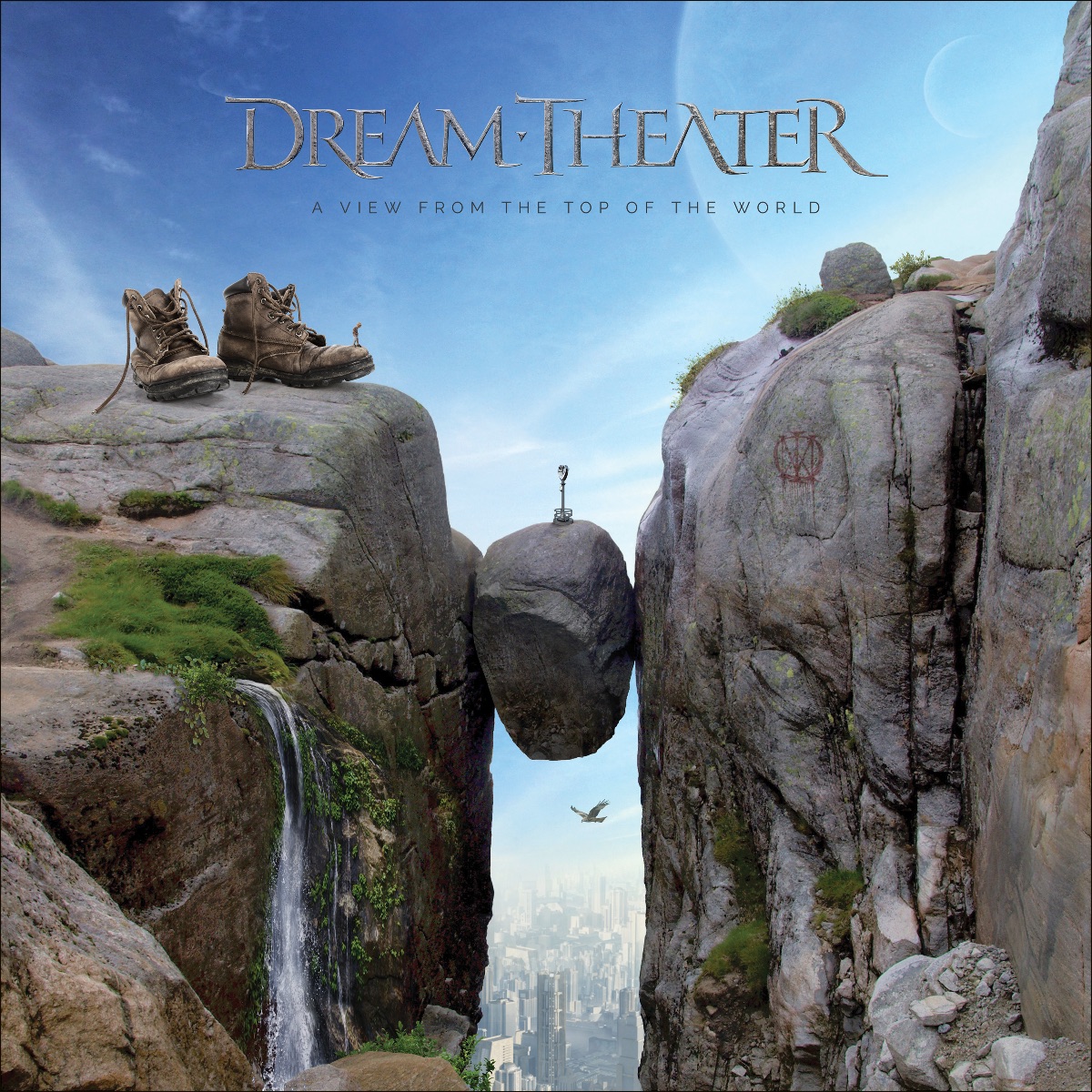 (‘A View From The Top Of The World’ cover artwork)