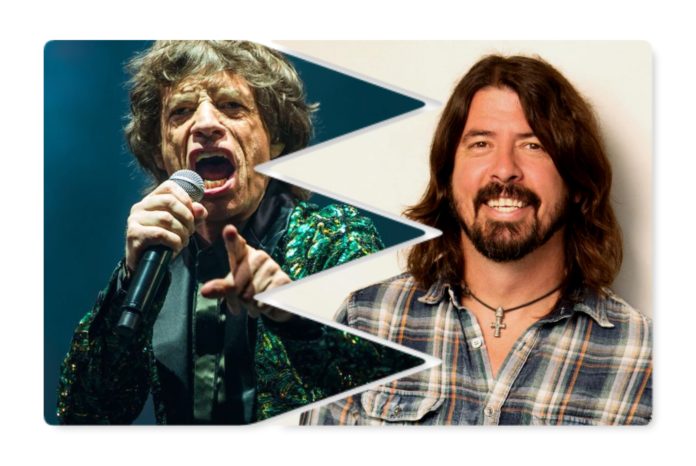 The song was written my The Rolling Stones singer, who sings and plays guitar, while Grohl takes over on drums and guitar. Long time Jagger collaborator, Matt Clifford, produced the song whose lyrics refer to the lockdown ending up on an optimistic way…

Mick Jagger commented on Consequence Of Sound: “I thought, ‘Who is very experienced in working from home, and I could work from a distance with, and could really get into it?’ And I thought Dave would be a great person to do that, as he’s such a great drummer. I really wanted some live drums, so that’s why I thought Dave would be great on it. I just got him up, and he said, ‘I’m going in tomorrow to do it.’ I said, ‘Okay.’ He did bass and some guitar parts, and I had done some guitar parts. So, we did it pretty quickly.”

He continued: “I had done the demo, and it was pretty much set the way it was going to be. We worked on the way I’d done the demo. Then I said, ‘Just play to that.’ So, he did the drums first, and he totally got the vibe of it straight away. He just likes to rock hard. It’s what I like. It’s to the point where we’re not messing around, and it’s very incisive. He’s a really easy, very enthusiastic guy to work with, so I enjoyed that. It didn’t take long. In a couple sessions, it was done.”

Dave commented: “It’s hard to put into words what recording this song with Sir Mick means to me. It’s beyond a dream come true. Just when I thought life couldn’t get any crazier… and it’s the song of the summer, without a doubt!!”