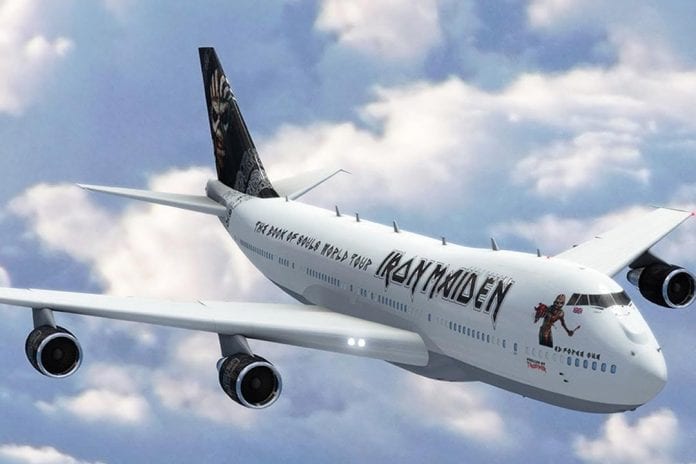 Now that Bruce Dickinson has been declared cancer-free, Iron Maiden can get backto planning their support of their upcoming album, The Book of Souls. They just revealed a rough time frame for their tour, and, as befits a band whose singer pulls double duty as their pilot, showed off the airplane that will take them around the world.
The complete details are still being worked out, but according to their website, Maiden will play three shows in the U.S. in February before going to Mexico, Central and South America, including their first-ever concert in El Salvador. They will return to North America in late March for dates in the U.S. and Canada.
From there, they’ll head to Japan, China (another first), New Zealand, Australia and South Africa, where they played only during Dickinson’s hiatus from the band. Iron Maiden will also tour Europe extensively between late May and early August next year. In total, they expect to play 35 countries on six continents, covering 55,000 miles.