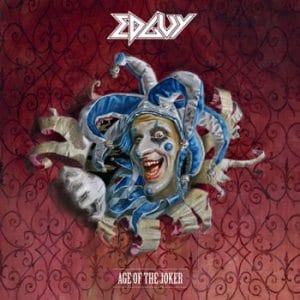 I highly appreciate Tobias Sammet’s talent and contribution to the overall European power metal scene and what he has accomplished with Edguy and mainly with Avantasia. Personally, I regard him as the guy who managed to take the genre out of the stagnant point at which it had found itself for many years now. This is the one side of the coin. The other one is not so positively marked as there comes a time when tiredness and fatigue made their appearance as Mr. Sammet constantly composes, records, rehearses, tours for many years now and retains a high level with two bands.
Truth be told here; Edguy has shown many uninspired moments during the past couple of records and unfortunately “Age of the Joker” is not an exception. Luckily, Avantasia is still unaffected and keeps on releasing superb stuff…
“Age of the Joker” is not a bad album. It’s not even a mediocre effort. It’s simply an “OK” recording that an average power metal band would have killed to have it. But this is Edguy and Tobias Sammet. Naturally, there are a few cool moments in there like τα “Two Out Of Seven”, “Fire On The Downline” and “Every Night Without You”. “Age of the Joker” revolves around a power metal meets hard rock meets (even) pop style and its overall atmosphere would appeal to all the Edguy fans. But it’s really the quality of the songs that made us characterize the new Edguy record as yet an average one. Doctor’s orders are specific: Sammet needs a well-deserved break…that’s the truth!
Highlight: Nevertheless one must check out the amusing video for “Robin Hood”.