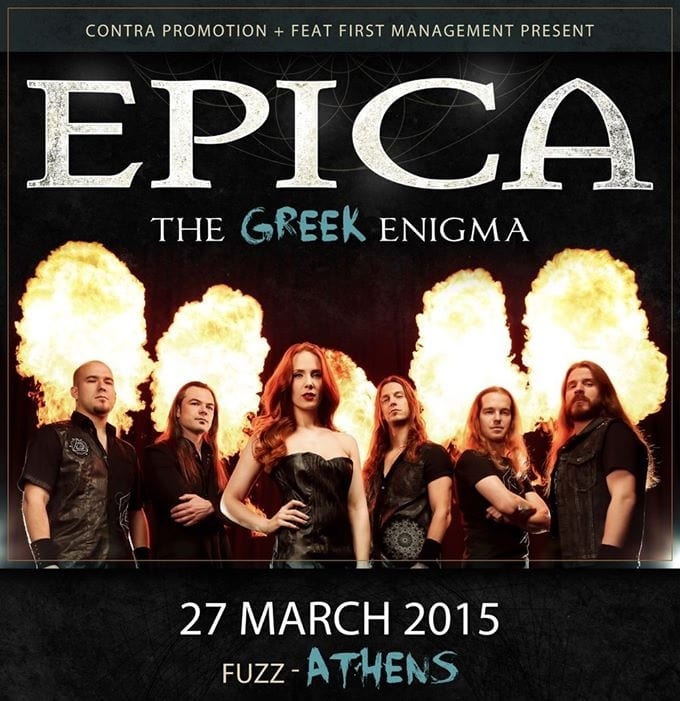 The Greek audience must have at least ten favorite bands and despite the unfavorable present conditions they always fill the clubs they appear at. We would do well not to leave out Epica. The Dutch have made quite a few appearances in our country the last eight years having made the best of impressions and forcing the audience to fill up “Fuzz” again this time.

Jaded Star, who are releasing their new album entitled “Memories From The Future” these days, were called to “support” this concert. To tell you the truth I wasn’t very satisfied with their performance especially when hearing the songs of the album. I didn’t find anything really exciting and the truth is that the mediocre sound of Fuzz club didn’t help at all again. Besides that I was expecting more things from them. Their forty-minute show on stage was saved by Maxi Nill’s previous concert experience. 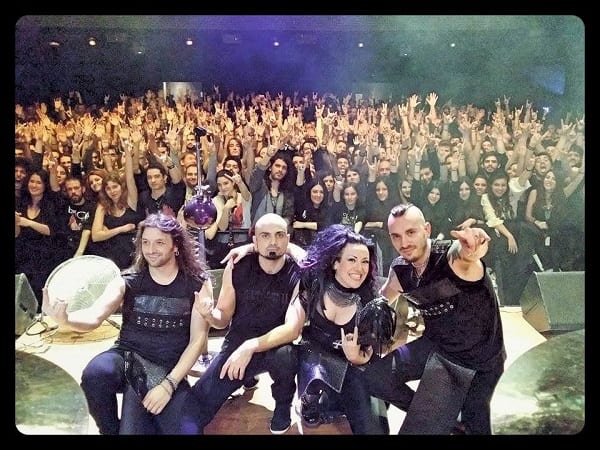 The crowd in the club is waiting anxiously for Epica to come out and that happens with a little delay. The sound problems go on and now it’s a little bit husky. One third of their set concerns their latest and very good album ‘The Quantun Enigma”. The band, as opposed to previous performances, is “playing” with the audience more leaving aside their former excessive professionalism. I can’t say that this professionalism bothers me when I see it coming out on the stage. They managed to lash the audience quite a few times mostly with “Sensorium” and “Cry For The Moon” and with the three songs of the encore which proved ideal to end the show. These were “Sancta Terra”, “Unchain Utopia” and “Consign To Oblivion”.

Just before the end, Jansen , Delahaye and Van Der loo, went down to the photo pit in front of the stage and played within reach with the crowd. Epica is one of the best rehearsed bands I have ever seen and that was obvious once again. The stage was constantly “filled with” the musicians’ presence and moves and by no means did they let it lean… As for Simone, this time she was a little more under toned, very good  although  I have seen her better. It was another very good appearance for Epica not as magical as the ones of 2010 and 2012 but the audience enjoyed them for a little less than two hours and this what we must keep out of it. 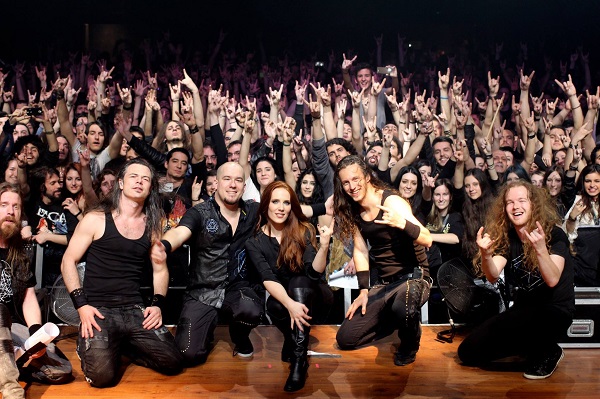