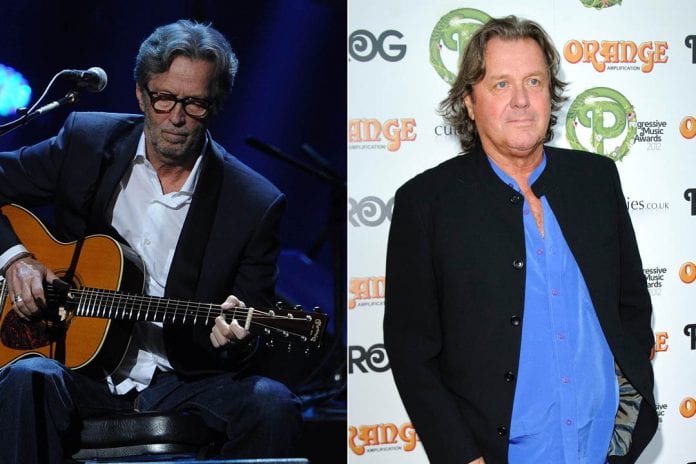 In the wake of the death of prog rock legend John Wetton, Eric Clapton has released a piece of music he’s calling “For John W.”
He uploaded the track to his Facebook page. It’s one-minute-and-38-seconds long, and features Clapton taking a simple phrase on his acoustic guitar and building from there. Clapton did something similar when Jack Bruce, his former bandmate in Cream, passed away in October 2014.