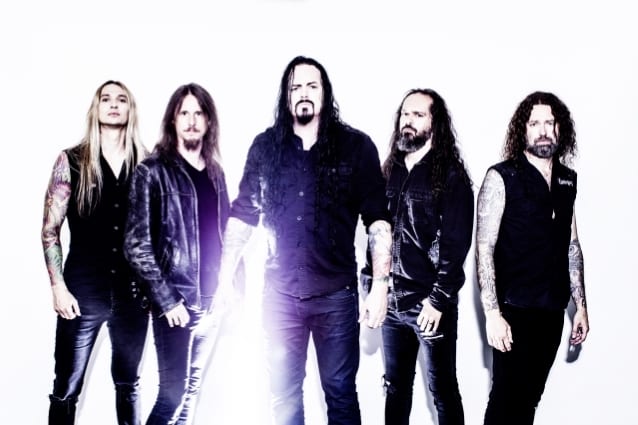 Swedish metallers EVERGREY have confirmed “The Atlantic” as the title of their 11th studio album. The follow-up to 2016’s “The Storm Within” is tentatively due in January via AFM.
In an interview with Marielle Tengström of Metal Casino at this year’s Skogsröjet festival which was held last month in Finspång, Sweden, frontman and founding member Tom S. Englund stated about the progress of the recording sessions for EVERGREY’s next studio album: “We just finished recording and then some asshole broke in [to our studio] and stole a bunch of important stuff. We had a bit of a setback, so we’re trying to figure that out still. It’s going to be okay in the end, of course.”