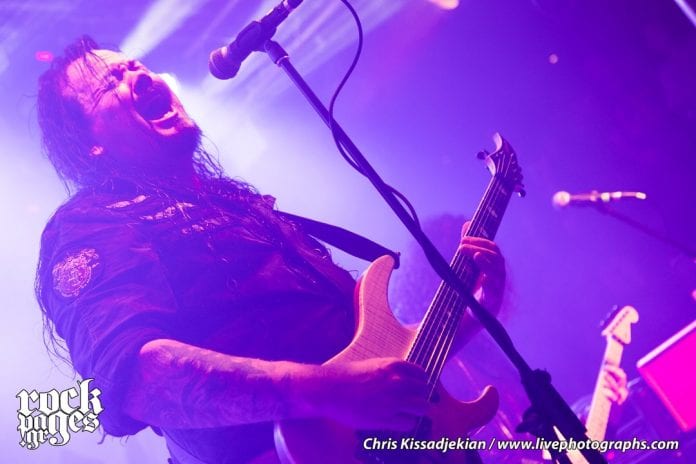 The truth is that we don’t usually see all the bands from a tour in our country. Maybe it’s the extra cost, maybe it’s because people don’t give attention to the support groups, only if there is a well-known name. Something that happened also in this interesting line-up of this tour with Evergrey as headliners.

I arrived at Kyttaro club just a few minutes before the opening of the night by Crossing Eternity and what I saw was just disappointing. I don’t think that we were more than twenty people inside the venue. But, the Romanians (with Swedish drummer) didn’t let this ruin their appetite and tried their best. Heavy metal with nice riffs and melodies that the fans of the classic heavy sound should check out. The few people inside seemed to enjoy what they were listening. Their debut album “The Rising World” was released last year and it has some very interesting songs. 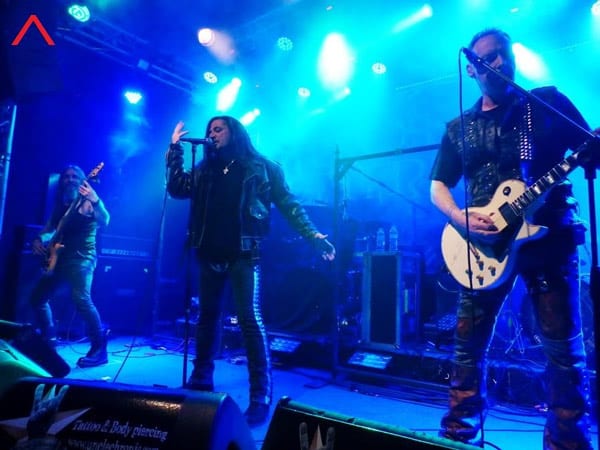 Up next, our neighbors from Italy Genus Ordinis Dei (the first letters spell G.O.D.) had the same bad luck. Some people had come until then, but I think no more that forty. Having a completely different sound, symphonic death metal that is, I have to say that they did a great job and it’s too bad thy didn’t have the right attendance. They also played a nice cover of “Hail And Kill”, in a way that matched their sound, as it is supposed to happen. They have released two albums and they can rise even higher. 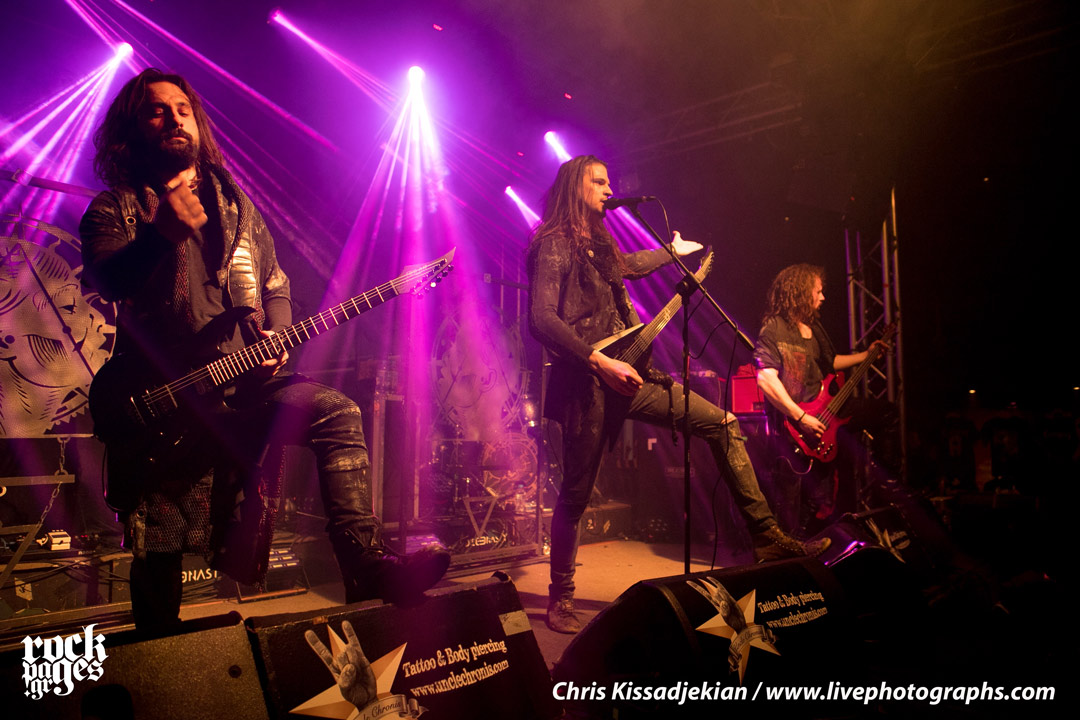 During the soundcheck for the next band, the audience started to gather rapidly as if a bus brought them all together. Until the time Bloodred Hourglass (or BRHG), the venue was almost full. The guys from Finland are the most known among the three support acts, they had the easiest job, but I don’t think they managed to deliver it. Even if they have many years in the scene and three full-length albums, they didn’t get us excited. Typical melodic death metal, with influences from the Swedish scene and not the Finnish one, without something memorable. They had some interesting parts, but their songs in general didn’t stand out. 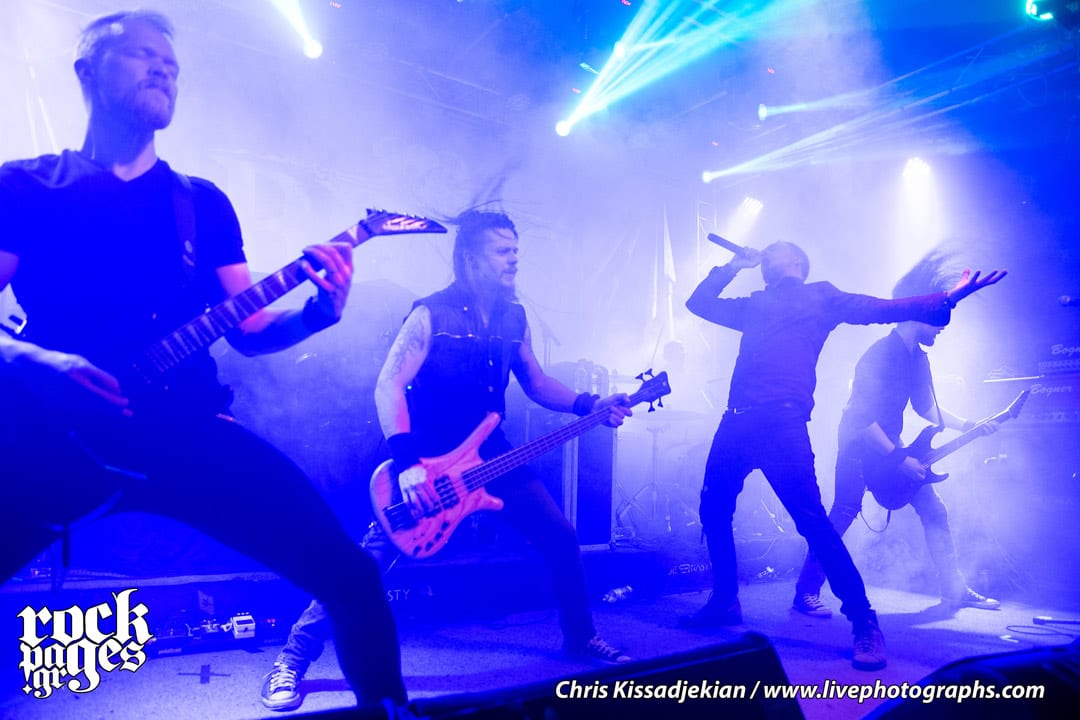 At this point I have to say that the air-condition was always there for us, the support bands had great sound and the night didn’t deviate from the schedule even for a minute. The wait until Evergrey didn’t seem to end, until finally “A Silent Arc” marked the beginning of the main event. The sound had some problems, as the guitars weren’t so loud, the drums were higher and Jonas Ekdahl was creating minor seismic vibrations. Fortunately, it got better after a while. Of course, that was the least because the performance of the band was flawless. I had a little concern about that, because Tom Englund was sick (as he told us later) but he sung like he didn’t have a problem at all. Really impressive. 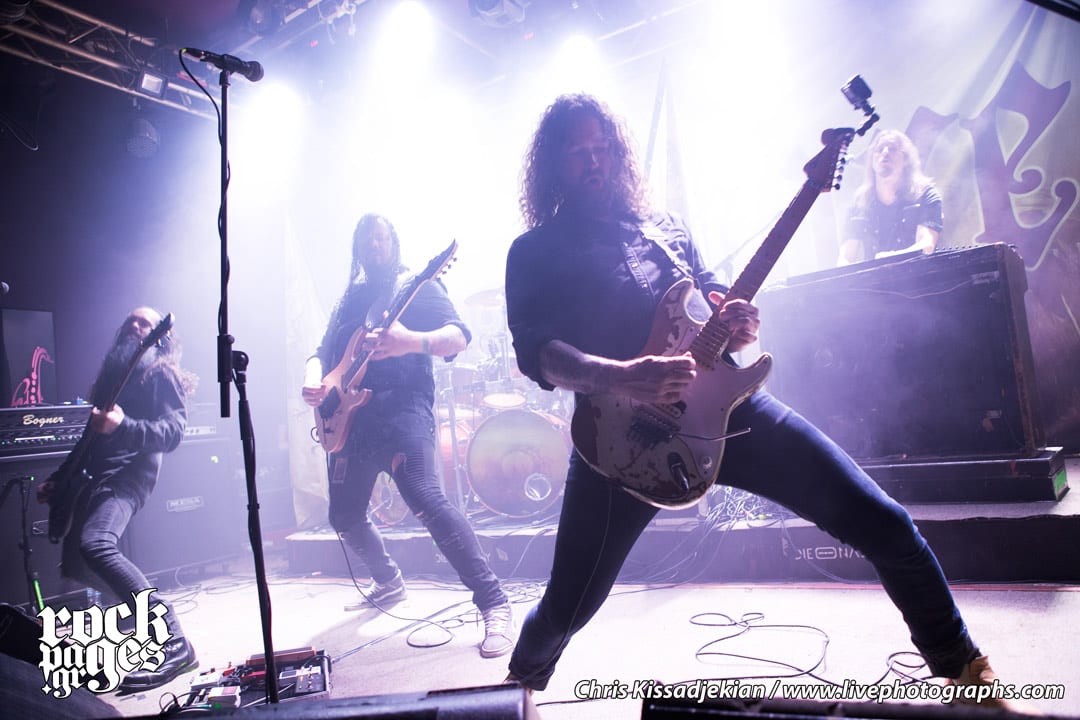 The show was going on and the band chose songs mostly from their last three releases. The fans were reacting with passion in all of them, creating a great atmosphere in most refrains, showing how they have loved the latest albums. Their performance didn’t have anything but highlights, Tom was in a very good mood and was making jokes with the fans and his bandmates.

The best part, was when they left from the stage, only to return with the MAJESTIC “The Grand Collapse” and right after with the classic “Recreation Day”. Next, a keyboard solo from Rikard Zander with Henrik Danhage joining him with his guitar to create a beautiful Floyd-ish moment. For the end, “A Touch Of Blessing” and “King Of Errors” caused our voices to break from the screams. 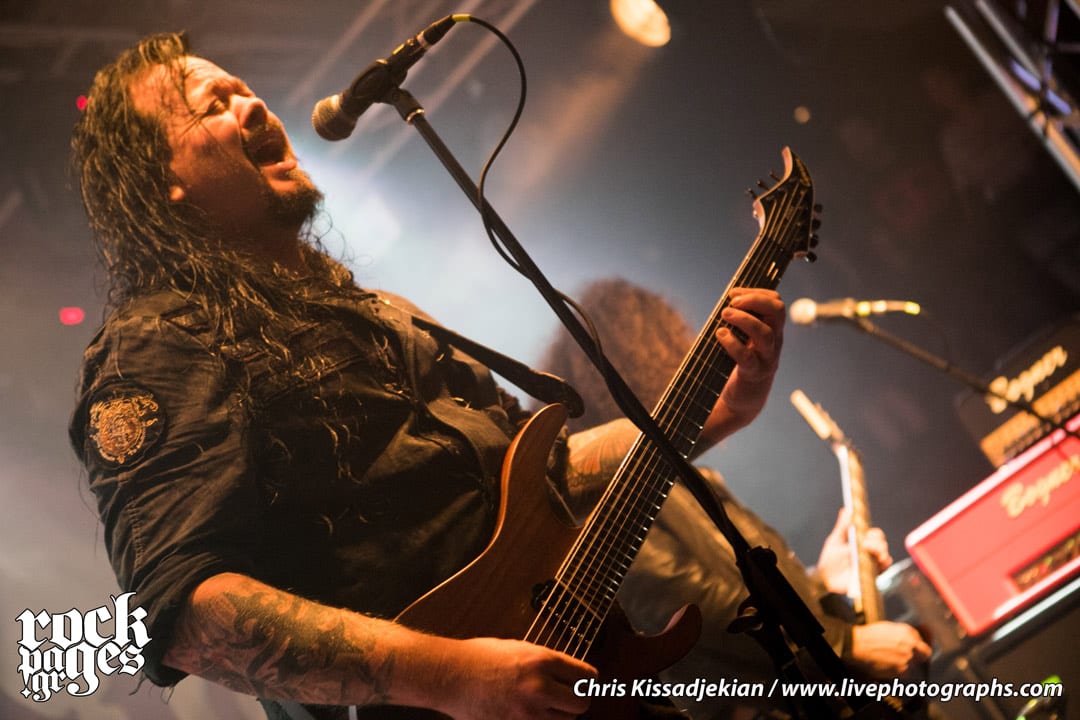 Setlist: A Silent Arc, Weightless, Distance, Passing Through, The Fire, Leave It Behind Us, Black Undertow, My Allied Ocean, All I Have, The Grand Collapse, Recreation Day, A Touch Of Blessing, King Of Errors

A great night that started with two very good bands and concluded with the mighty Evergrey. Every time they visit us, they manage to give us a night to remember. I hope the next time will be in a bigger venue with bigger audience. They really deserve it. 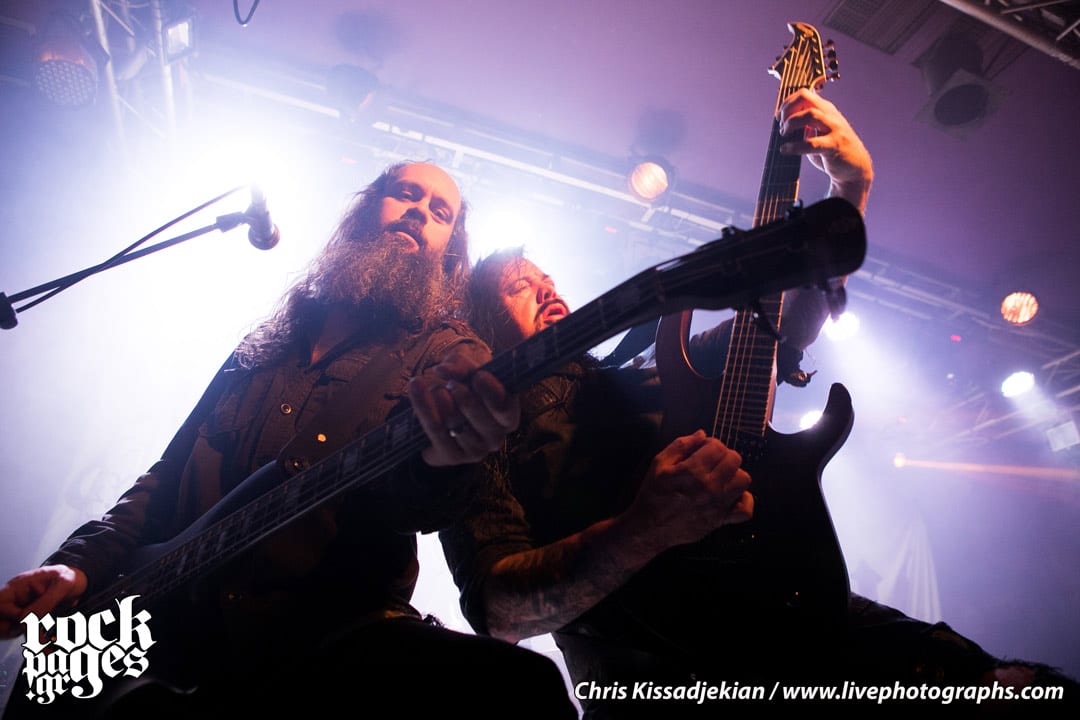