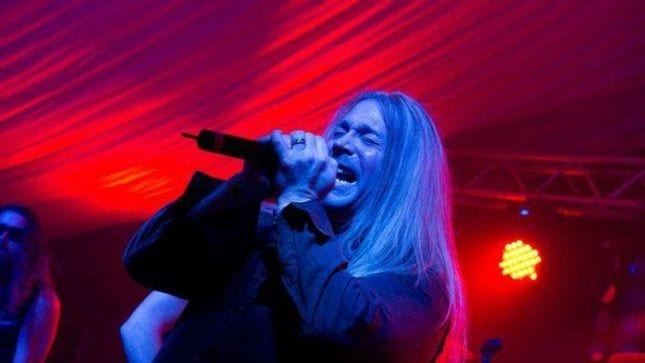 Hard rock singer David VanLanding died on Tuesday, November 17th after collidingwith a garbage truck in Clearwater, Florida. VanLanding was the vocalist in the Michael Schenker Group in the late 90s, and again in 2011 and 2012. He also performed with Crimson Glory.

“Today we were told the very sad news that David VanLanding passed away in a traffic accident early yesterday morning. We are all lost for words at such a sudden tragic event taking David away from us. We last performed together in the USA, 2012, but had planned a special show together on the Axes And Anchors cruise: February, 2016. He will be deeply missed. A great voice and a charming man. My condolences go out to his family and many friends.”

“I am beyond devastated to learn that one of my best friends David VanLanding has passed away today from a car accident. He was full of life, love, and laughter. He is notably known for singing with Michael Schenker, and has a lifelong professional music career, but those who knew him best know him as a loving friend, husband, and sibling. My deepest condolences to his wife and family.”