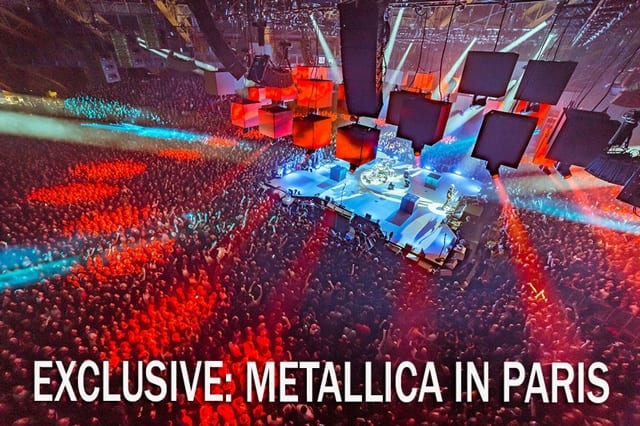 The release of ‘Hardwired… to Self-Destruct’ brought a generalized state of euphoria to the… ‘Metallica family’, as someone likes to say, not only because it is a very good record that contains songs that one looks forward to hearing live – of course the band could easily tour playing songs from the first 5 albums ’til the end of time – but because its release meant a new European arena tour. I had never seen them indoors before, and double stops at the same city translate into rare songs. So, fast forward to the night of September 10th in Paris. 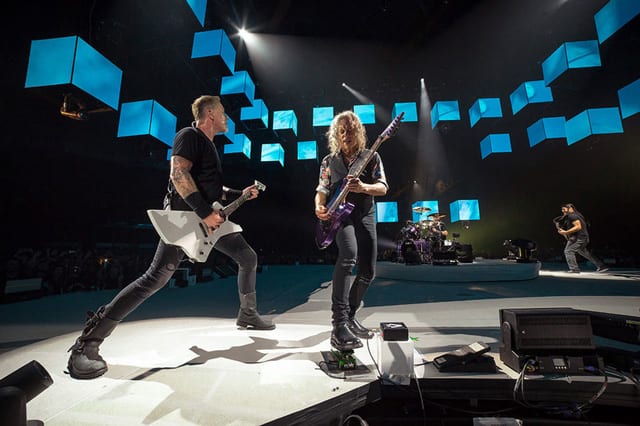 Supporting Metallica for the entire tour is Kvelertak, 3 guitars, 1 owl with fiery eyes and a whole lot of craziness. They were better than the last time I saw them, in 2014, in a good mood and with a cheering crowd – if you can even call what the French do ‘cheering’ – but I do think it will be hard for them to reach a higher level, especially since it’s impossible to understand a single word coming out of their singer’s mouth. 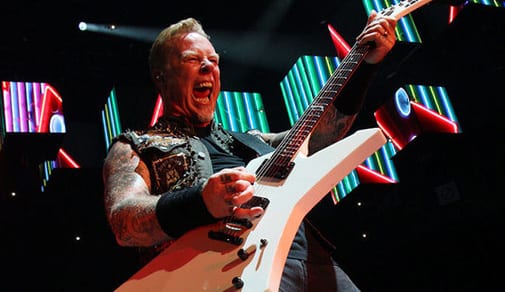 When ‘It’s a Long Way to the Top’ started playing over the PA, the seats were filled, the 4 front rows packed, and for a moment you thought time had turned back 20 years and you had teleported to Texas, at the live show that’s commonly known as ‘Cunning Stunts’.
‘Hardwired’ and ‘Atlas, Rise!’ are a powerful duo, while ‘Seek & Destroy’ at the third position is rejuvenated, free from its ‘party cape’ as a closer. The riffs of ‘Through the Never’ that followed were a good reminder about who has the best right hand in the history of heavy metal. Hetfield, Hammett and Trujillo are in constant motion around Lars’ throne in the middle of the ‘Colosseum’. The sound is perfect, James could be singing into a mic at the other end of the stage and you’d think he’s whispering in your ear. 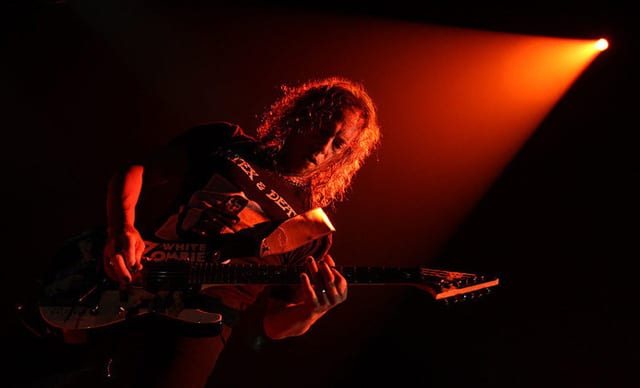 We had the world premiere of ‘ManUNkind’ and a majestic ‘Halo on Fire’. ‘Moth Into Flame’ doesn’t need flying drones/moths to impress, but since they’re available we won’t say no. As far as the classics go, I can’t not mention ‘Sad But True’, still managing to shake the ground all these years later.
‘Fight Fire with Fire’ in the encore made me leave even happier and fulfilled. If I could see one last show before the nuclear warfare described in the song’s lyrics, it would simply have to be Metallica.

Setlist: Hardwired, Atlas, Rise!, Seek & Destroy, Through the Never, Fade to Black, Now That We’re Dead, ManUNkind, For Whom the Bell Tolls, Halo on Fire, Helpless, Fuel, Moth Into Flame, Sad but True, One, Master of Puppets
Encore: Fight Fire with Fire, Nothing Else Matters, Enter Sandman 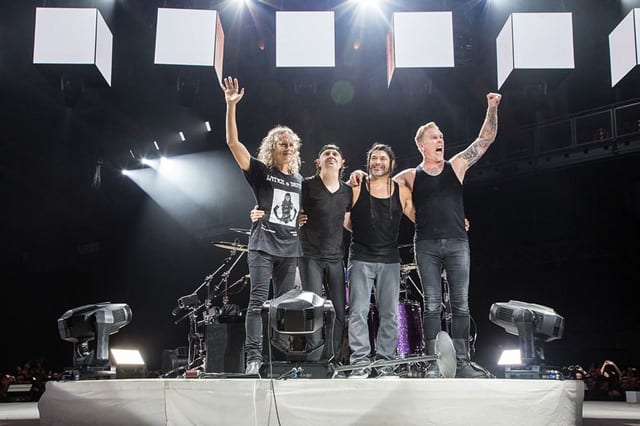